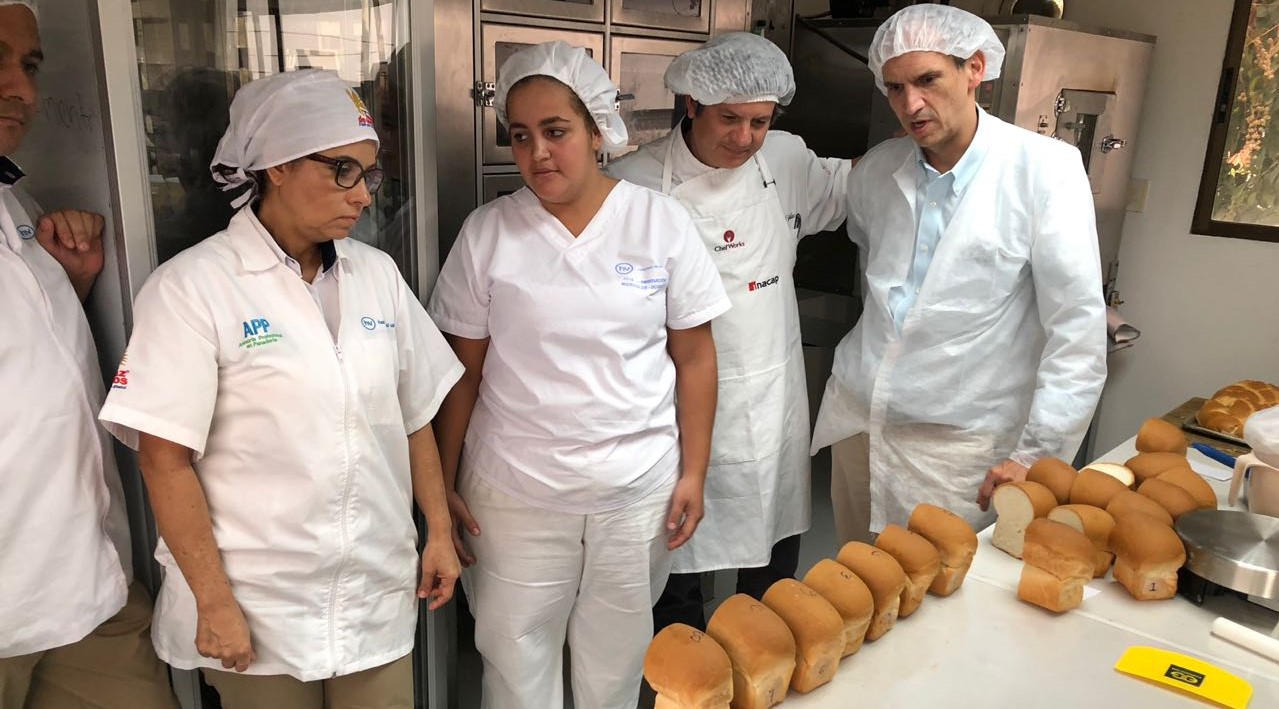 Demand for better quality baked goods is growing in Colombia, with increasing disposable consumer income in urban areas like the capital Bogota. To offset traditional preferences for Canadian spring wheat as the main source of flour in Colombia, USW is following a strategy to conduct artisan style bread baking seminars. The processes they are teaching produce better quality bread that appeals to consumers and require flour with more HRW, which helps bakeries reduce input costs compared to flour from higher priced Canadian spring wheat flour.

For example, USW contracted with baking consultant Didier Rosada to conduct a full week of baking and technical consulting in August 2017 at a large commercial bakery chain in Bogota that produces over 117 bread varieties, two pastry product lines and more than 60 à la carte dishes in its restaurants. The company found the demonstrations so appealing, it immediately asked suppliers to provide the HRW flour blend that Rosada used in his seminars. As a direct result of this MAP-funded export market development activity, one of the company’s flour supplier imported a relatively small volume of HRW in November 2017. Immediate sales of that flour convinced the mill to change its artisan bread flour blend from a base of 80 percent Canadian Western Red Spring wheat to 100% HRW in 2017 and it became the regular supplier to the bakery chain.