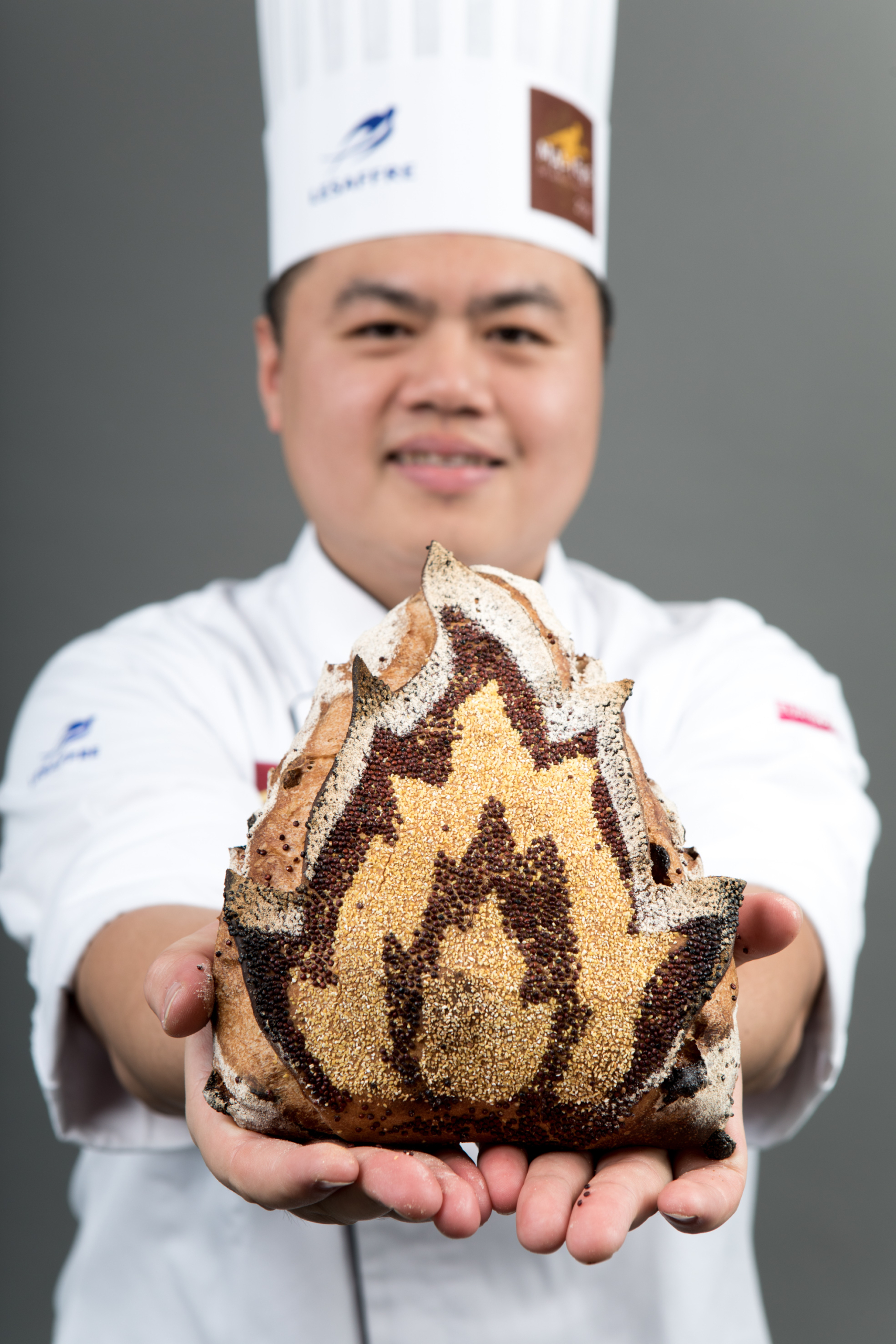 Three elite bakers earned the honorary title of 2018 “World Master Baker” at the “Masters de la Boulangerie” competition, organized by Lesaffre, Feb. 3 to 6 in Paris, France. They are Peng-Chieh Wang of Taiwan for “Artistic Bread Making,” Déborah Ott of France for “Gourmet Bread Making” and Peter Bienefelt of The Netherlands for “Nutritional Bread Making.”

“U.S. Wheat Associates and the farmers we work for congratulate these winners and all the bakers who competed in the event,” said USW Vice President of Overseas Operations Mark Fowler. “They represent the growing number of professional bakers who recognize that wheat foods are an essential and traditional part of human lives, with an infinite capacity to change with consumer tastes. We also thank Lesaffre for supporting that vision through its prestigious baking competition cycle.”

A panel of six jurors evaluated 18 candidates on technique, sales, marketing and communication skills, economic factors and “social and environmental responsibility linked to bread making,” according to the competition website. Each category included specific challenges for the candidates “linked to evolutions in baking and the profession’s future.”

For example, Mr. Wang’s winning creation came from his entry in the “Art of Dough” challenge with support from the Taipei Bakery Association, Uni-President Enterprises Corporation, Shakespeare Bakery, the Taiwan Baking Competition Council and his baking coach Wu Pao Chun. His “Taiwanese Folklore Art,” was a multi-colored spectacle of a general and his officers, which is often celebrated in Taiwanese religious art, and included the battle crown, mask, drum and trident. The amazing bakery sculpture included a section for tasting that revealed flavors of prune and flowers.