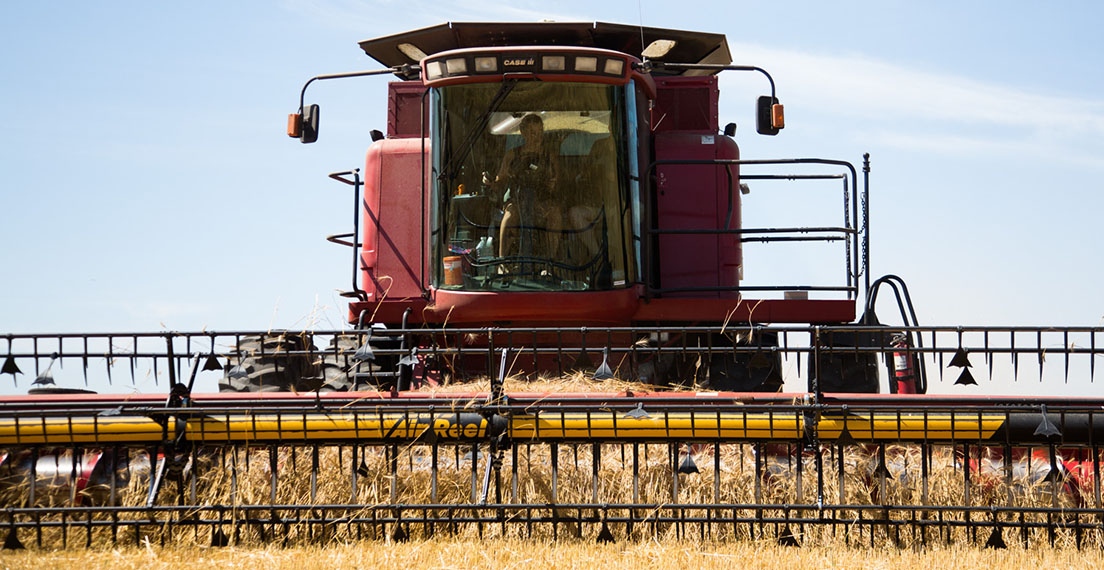 Reprinted with Permission from Agweek, July 10, 2020, by Katie Pinke.

Wheat acreage in 2020 is the lowest since records began in 1919, another year marked by a global pandemic.

I read and then heard the AgweekTV report that the 44.3 million acres of planted wheat acres in 2020 are the lowest since records started being kept in 1919, according to the June U.S. Department of Agriculture acreage report. As a wheat farmer’s daughter who currently lives and works where five generations have farmed, the year 1919 flashed before me. I thought of what and who was on the farm then.

1919. The second year of a global health pandemic, a flu impacting a third of the world’s population, more than 500 million people. According to the Centers for Disease Control and Prevention, mortality was higher in children ages 5 and under, ages 20-40 and 65 years or older. You can walk rural cemeteries to see the impact of the flu pandemic of 1918-19 and know it impacted your ancestors and their communities.

Wheat harvest in North Dakota, circa 1919.

1919 was also the timeframe my great-grandfather, Oscar Huso Sr., had completed the building of a large new farmhouse for his wife, Joyce, and she was expecting their first child. The family stories that have been passed down to me were that Joyce became sick with the flu that killed an estimated 675,000 Americans. The baby Joyce was carrying died.

In the “Yesteryears” of the local Aneta (N.D.) Star July 2, 2020, edition it reads that my great-grandfather and his wife have the sympathy of the community in the loss of their infant daughter. Funeral services were held. She was buried at the local cemetery. “Mrs. Huso, who has been quite ill, is recovering very nicely.”

Except, Joyce didn’t recover. She remained sickly, and in 1922, she died. I was told the residual effects of the flu held on. She lost two babies and then eventually weakness and sickness took her life. She was about 30 years old. My great-grandfather was about 38 years old.

I know he planted wheat and kept farming, alone, in the five-bedroom farmhouse he built for his late wife and children he never raised.

I think of my great-grandfather who I never met and the brokenness he felt in those years. I connect those feelings to the silent suffering millions are experiencing now through a different but somewhat similar global health pandemic.

And here I am, on the farm where my great-grandpa grieved.

Not far from the farm Joyce grew up on was a single woman in her 30s, Signa, farming and living with her mother. Signa certainly was not thinking marriage or children were in her future, I imagine. But Oscar Sr. came courting and calling to the same area, only this time his love was Signa. He asked for her hand in marriage, presenting her with a platinum diamond ring, and in 1924 they were married.

Signa gave birth to my grandfather, Oscar Jr., in the five-bedroom farmhouse in 1925. The story my grandpa told me as a child was his father had a fear of pregnancies and hospitals, so even though area communities had local hospitals for childbirth by the 1920s, he was born at home, on the farm.

My grandpa wasn’t eating and thriving after being born. Signa’s Norweigian immigrant mother, Kirsti, an area midwife and widowed farmer, came to help. Kirsti fed my infant grandfather a milk mush on a rag to help him along in his early days of life. It worked. Oscar Sr. and his wife Signa raised my grandfather and his two sisters on the farm, realizing his long-awaited family dreams.

My grandpa lived almost all of his lifetime on the farm, minus his years of military service and college. His wife, Nola, my grandmother, remains living in the farmhouse built during the pandemic of 1918-19.

While I am told Signa never spoke of Joyce, a painting of Joyce’s always remained hung on a living room wall. My grandmother said he knows Oscar Sr. and Joyce’s wedding photos are in the house, and she’s going to find them for me. My great-great-aunt Iris, one of the oldest living Americans at age 114, has told me in past years Joyce was her first-grade teacher and remains the most beautiful woman she’s ever seen. 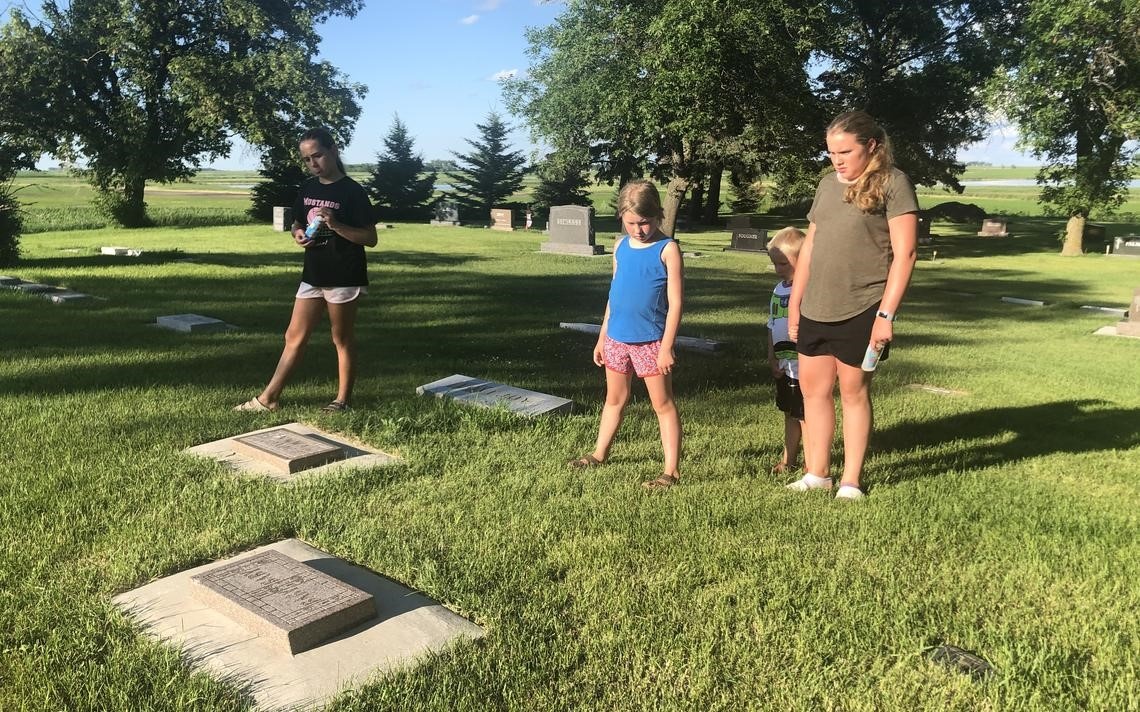 Katie Pinke and the next generation of her family visited Silent Hill Cemetery, rural Aneta, N.D. to find the gravestones talked about through family stories. (Katie Pinke/Agweek)

I drove to the rural cemetery this week with my daughters, niece and nephew, walking to Joyce’s gravestone, which is placed next to the one engraved with “Baby 1919 and Baby 1920.” Life on our family farm wouldn’t look like it does today if Joyce lived a long, full life. I paid my respects, explaining to the kids the details I’ve been told of the loss and family farm connection they have to her and the babies.

Then we passed green fields of wheat as we drove back to the farm, just down the road from where Oscar Sr.’s original farmhouse stands tall. We’re better off today in a global health pandemic than Oscar Sr. and Joyce were in 1919. I am a grateful wheat farmer’s daughter. I hope in another century our future generations look back at our world and see how we worked to improve it for all for them. And I hope that despite farming changes and progress, wheat remains growing in farm fields.

Pinke is the publisher and general manager of Agweek. She can be reached at kpinke@agweek.com, or connect with her on Twitter @katpinke.