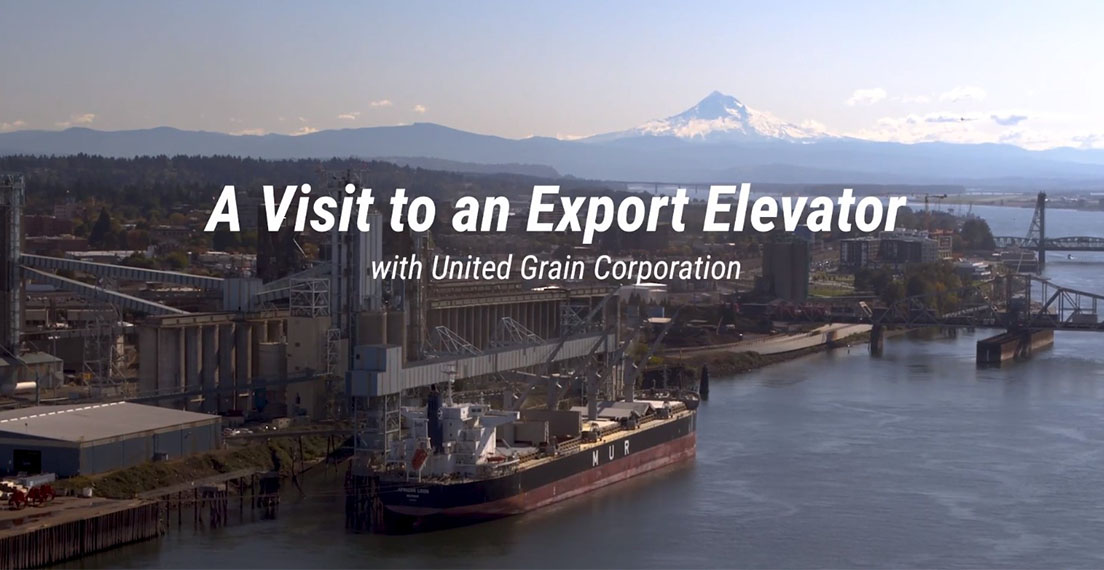 The United Grain Corporation (UGC) wheat, corn, and soybean export elevator in Vancouver, Wash., on the Columbia River, is the largest of its kind on the U.S. West Coast with storage of more than 220,000 metric tons. It was originally built in the 1920s and purchased by United Grain in 1970.

Like other U.S. facilities serving U.S. wheat buyers, the United Grain export elevator is part of the world’s most efficient supply system and is constantly improving.

“Every year we do upgrades and maintenance that make the facility the cutting edge operation it is today,” said Brian Liedl, UGC Director of Merchandising.

Earlier this year, U.S. Wheat Associates (USW) worked with United Grain to record a video tour of this amazing export elevator facility. USW Vice President and West Coast Office Director Steve Wirsching joined Liedl on a walk around the entire elevator and a detailed discussion of its systems. The program covers shuttle trains arriving from interior elevators and rapidly unloading wheat, explains how the facility separates and stores wheat by class and quality, discusses its investment in high-speed cleaning systems, and the essential work of federal grain inspectors.

Inside the inspection office, Liedl explained to Wirsching that under U.S. law, grain weight is measured and quality is tested by the Federal Grain Inspection Service before it is loaded onto a vessel for delivery.

“After our shipping bins are filled, those independent inspectors have control of the grain and only release it to be loaded after they determine it meets that customer’s specifications,” he said.

This program was created originally as part of a three-day USW seminar called “Contracting for Wheat Value” for Chinese customers. We are sharing it here to demonstrate how U.S. grain companies and the federal government are working to ensure all importers get the wheat they want as efficiently as possible.

Thank you to United Grain Corporation for their collaboration on this video.