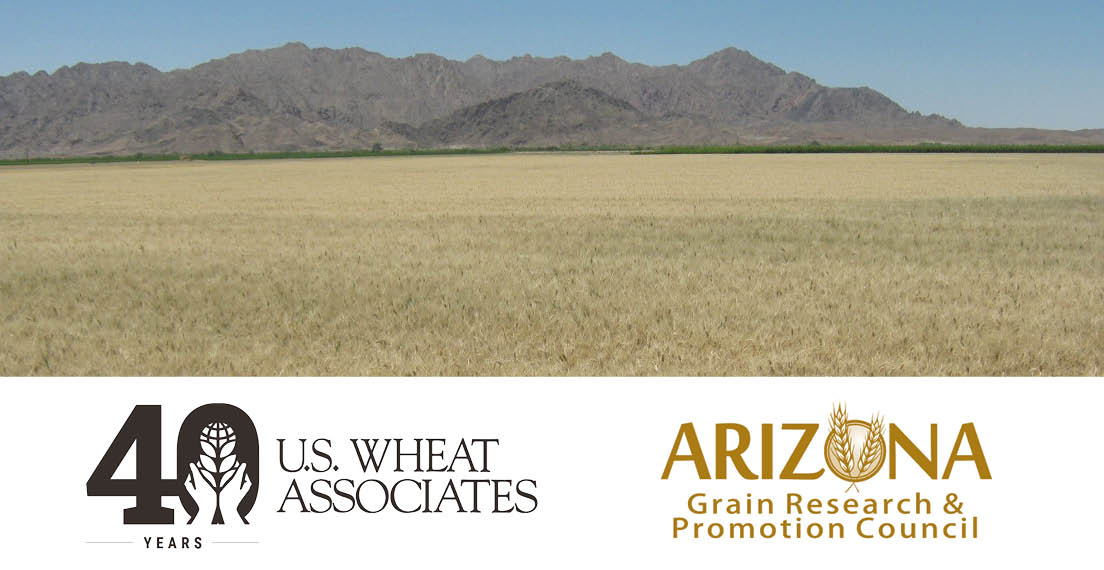 The Arizona Grain Research and Promotion Council utilizes grower check-off funds to aid in marketing for wheat and barley, to participate in research projects and other programs to assist in reducing freshwater consumption, to develop new grain varieties and to improve grain production, harvesting and handling methods. The Council is made up of seven Arizona grain producers appointed by the Governor.

Arizona farmers were growing durum wheat widely in the decades before 1980. As improved varieties were developed to provide consistently excellent semolina for fine quality pasta, growers identified an opportunity to promote their durum overseas. After the AGRPC was authorized by the state legislature in 1985, representatives attended a U.S. Wheat Associates (USW) meeting in 1986 and joined USW in January 1987.

Today, Arizona growers work with USW to promote Desert Durum®, an identity protected by a legal certification mark and owned jointly by the AGRPC and the California Wheat Commission. Desert Durum® is grown only under irrigation in the desert valleys and lowlands of Arizona and California.

Why is export market development important to Arizona wheat farmers and why do they continue to support USW and its activities?

Arizona’s growers are very favorably leveraged by USW’s promotional efforts around the world. Arizona’s growers receive just as much respect from USW and its export promotional programs as do its large wheat-producing members. This has been the case for 33 years and counting.

About half of the annual production of Desert Durum® (Arizona and California combined) has been exported for many years, with Italy as the perennial leading export destination, followed by Nigeria. One reason for Italy’s continued purchase of Desert Durum® is that Italian pasta makers value the consistent semolina quality of Desert Durum® and are willing to pay more for its grain than for durum from other origins.

USW assists its members in numerous ways to educate growers and the public about the importance and role of wheat production and export in their states. Some of the means of providing such assistance include arranging board teams of state representatives to visit existing and potential importing countries and organizing trade teams of foreign customer representatives to visit U.S. wheat class production regions. USW members greatly appreciate these opportunities to promote their wheat classes for both export domestic audiences.

How have Arizona wheat farmers recently connected with overseas customers?

One member of AGRPC has integrated export market development work through USW into his company’s efforts to provide customers with high quality grains for Identity Preserved markets. Michael Edgar, President of Barkley Seeds, Yuma, Ariz., for more than 30 years has participated in several overseas trade missions organized by USW, including his engagement in a trip to Morocco, Italy and Israel in 2016 to promote Desert Durum® and other U.S. wheat classes. Edgar served as an officer with USW including as its Chair in 2008/09. 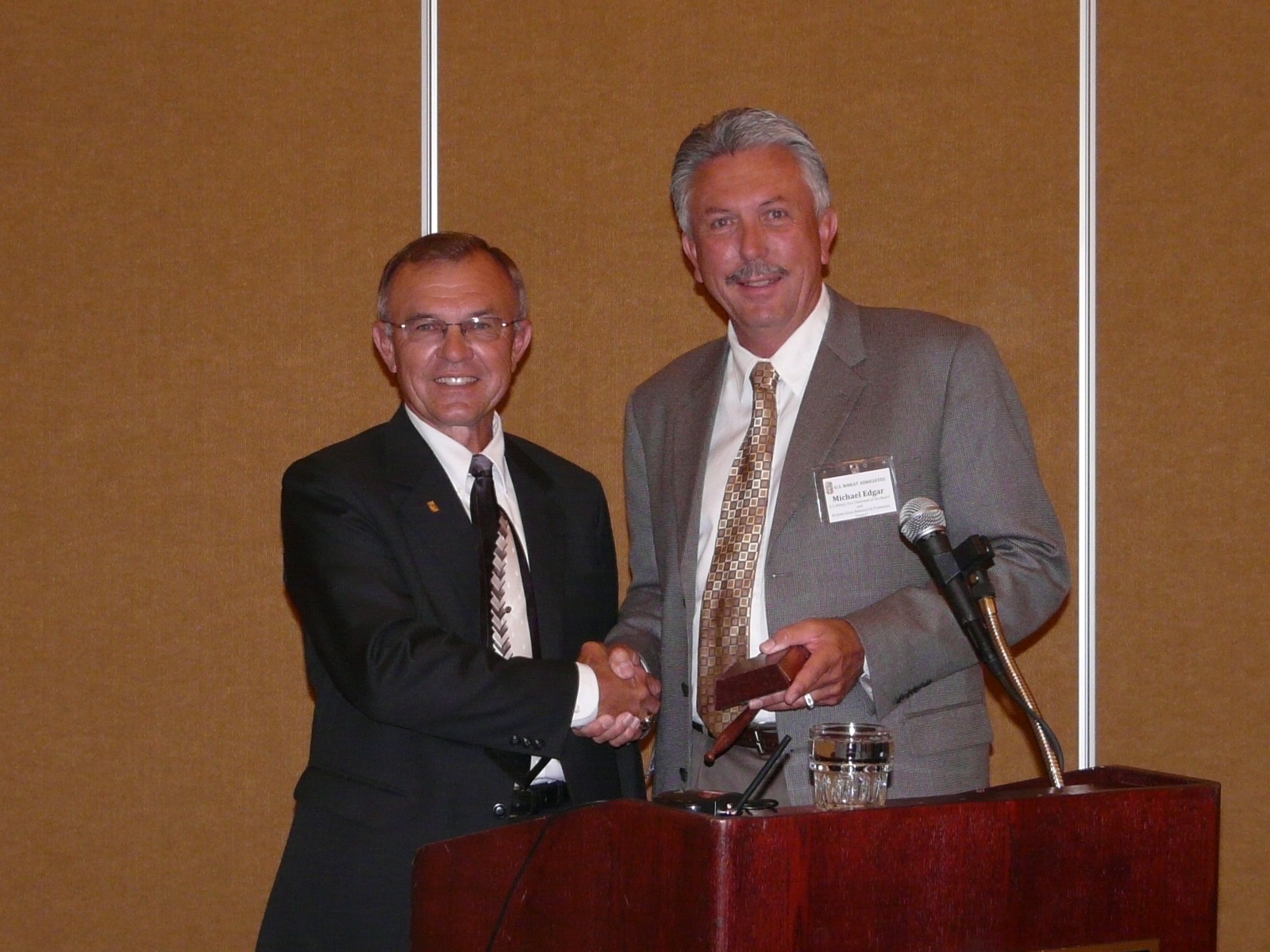 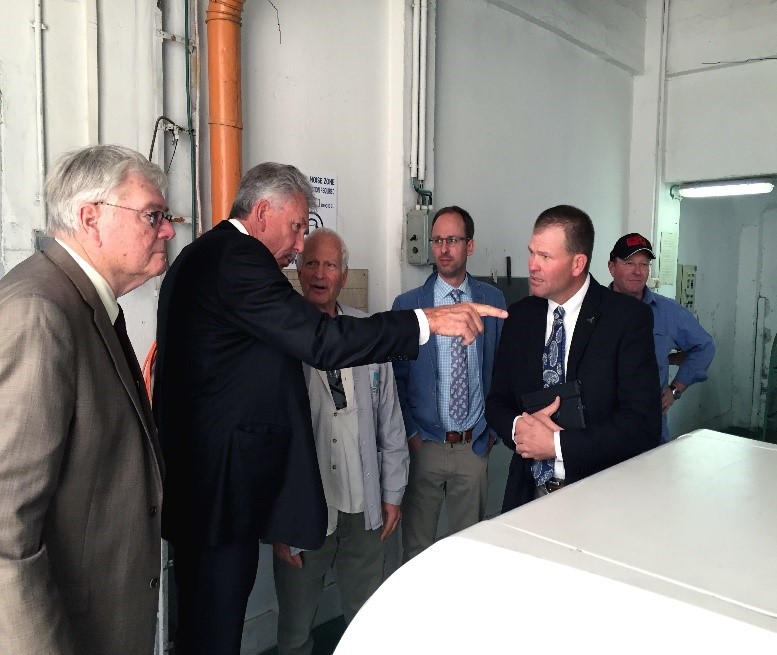 Edgar (second from left) joined other farmer directors of USW on a trade mission to Italy, Morocco and Israel in 2016.

AGRPC member Eric Wilkey has traveled to Latin America with a USW board team, joined by growers from Montana and Oklahoma. He learned that the excellent quality of Desert Durum® is recognized by pasta makers in that region.

Arizona and grower members of AGRPC have also been privileged to entertain numerous USW trade teams from most of the regions that have traveled to the U.S. to learn about the country’s durum producers and their production efforts. 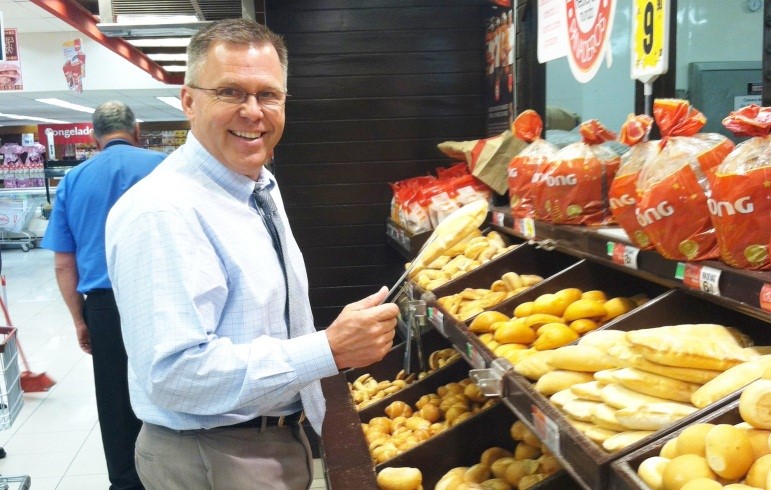 In 2012, Wilkey described the nature of the Desert Durum® industry to members of Group FORAFRIC, a Moroccan milling firm, who made a self-sponsored visit to Arizona and California, facilitated by USW, to investigate the production and purchase of Desert Durum®.

What is happened lately in Arizona that overseas customers should know about? 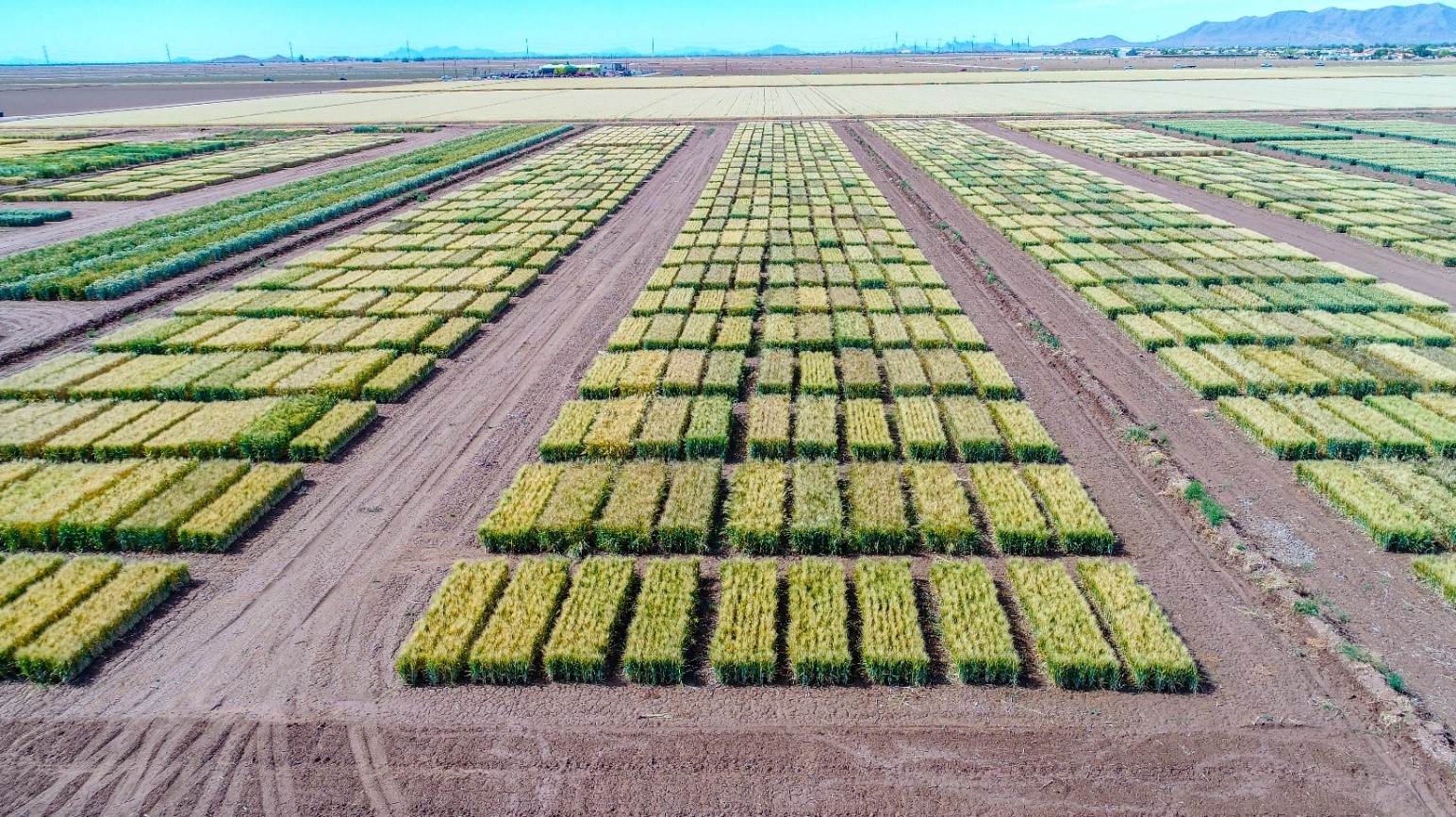 Here is a wheat breeding nursery like those maintained by each of the private breeding enterprises in Arizona, which has no publicly supported wheat breeding program. AGRPC does support grain production research conducted by the University of Arizona.

AGRPC recently commissioned a University of Arizona study that reviewed a wide range of literature related to water use by irrigated grain production in a desert environment. The paper concluded that Arizona’s durum wheat production, as currently practiced, has a water footprint that is lower, to much lower, than evidenced in many other durum production regions.

Learn more about the Arizona Grain Research and Promotion Council on its website here and on Facebook.