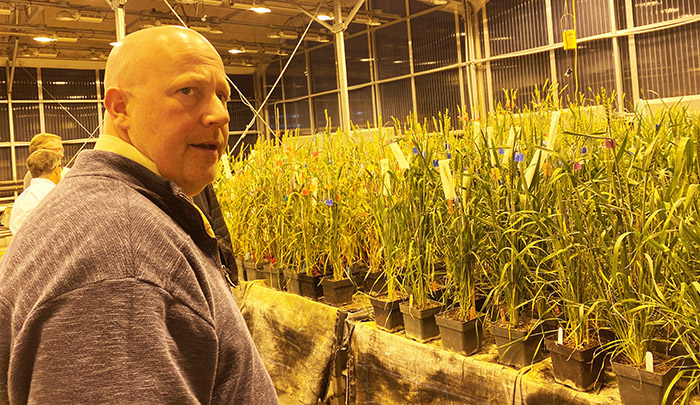 The 10-year anniversary of the Kansas Wheat Innovation Center (KWIC) was not celebrated as a typical milestone event. Farmers and partners who’ve invested time, effort and dollars into the research facility described the occasion more as a “using one eye to look back.”

While keeping the other eye firmly on the future. 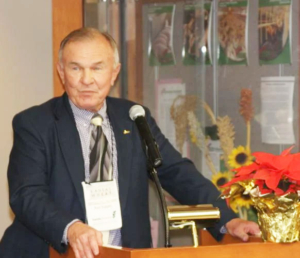 “This place is here because a lot of people believed in supporting and growing the wheat industry, and they believed in the future of what we do,” Kansas wheat farmer Ron Suppes, a Past Chair of U.S. Wheat Associates (USW) and current Chairman of the Kansas Wheat Commission Research Foundation, said during a Dec. 15 gathering to mark the anniversary.

“Some of those who had this vision are no longer with us, but they were among those who looked forward to developing new wheat varieties for farmers. As for the farmers, we have been willing to invest in sustainable and regenerative practices because we recognize the value of wheat research. Our customers rely on us to produce the best quality wheat in the world, and the work being done here has and will help us to do that.”

Suppes, one of several speakers who addressed the successes and ongoing work at the KWIC, also acknowledged that Fields Forward, a project of the Kansas Wheat Commission Research Foundation, reached its $4 million campaign goal to research sustainability in the U.S. wheat industry.

Gary Millershaski, a member of the USW Board of Directors and Chairman of the Kansas Wheat Commission, said wheat farmers appreciate the partners that led to creation of the KWIC.

“This facility was built by farmers through the wheat checkoff,” Millershaski said. “But there are a lot of groups, such as the International Grains Program, that play a very important part in what we do and what is done on the research front.” 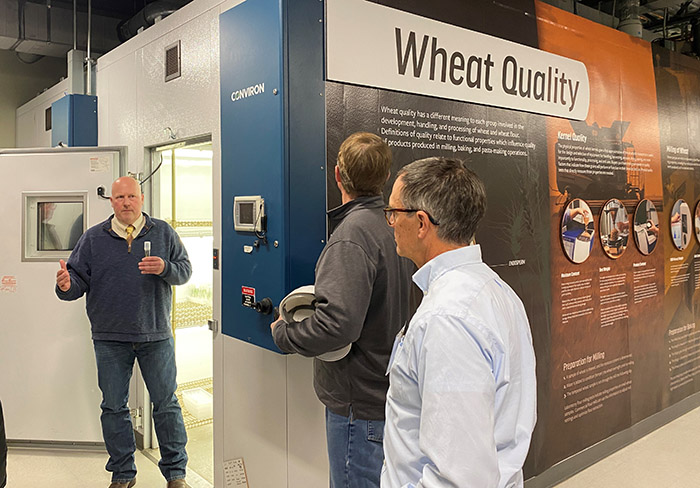