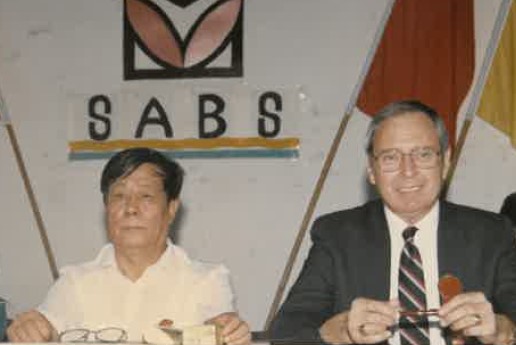 The passing of former U.S. Wheat Associates (USW) colleague Fred Schneiter at the age of 94 in January 2022 prompted USW to look back on a remarkable and pioneering career.

From his start with Western Wheat Associates (WWA) in the early 1960s through his retirement from USW in 1991, Schneiter’s work helped establish a now thriving demand for wheat foods that has benefitted three generations of wheat farmers and their Asian customers.

From the Sub-Continent to China

As a WWA Director in Manila, Philippines, Fred Schneiter hired Ms. Fleur Noeth as an administrative assistant in 1967. She remembers that Schneiter started with WWA in Pakistan before moving to the Manila office. Noeth said he directed U.S. wheat export market development across Southeast and parts of North Asia before becoming a Director in WWA’s Taipei office in 1970. After WWA and Great Plains Wheat merged to form USW, Schneiter accepted a director for China based in Hong Kong in 1981. 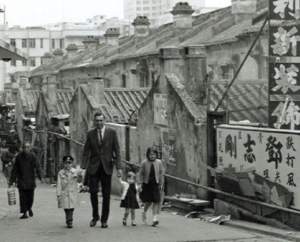 A Walk in Hong Kong. In this photo found on Instagram, Fred Schneiter and his children are seen walking near Nathan Road and Carnarvon Road in 1964 Hong Kong.

Steven M. Graham served as Administrator of the Kansas Wheat Commission from 1981 to 1995. He shared the following story about Schneiter’s work with USW colleagues building a market for U.S. wheat in the Peoples Republic of China.

“USW Director Fred Schneiter handled China operations from Hong Kong as, at that time, the organizational realities – logistics, communications, transportation, support functions and such – in China were about where they were in the United States in the 1930s,” Graham wrote. “USW’s Rick Callies provided daily firsthand assistance in Beijing.”

In addition to Callies, Schneiter’s retired colleagues who helped build this important but challenging market included Ms. Pansy Lam and Matt Weimar. Schneider himself shared this observation about wheat market development in his post-retirement writings.

“In 1991, I journeyed by train just across the border from Hong Kong to Shenzhen to participate in the opening of the first McDonald’s outlet in the People’s Republic of China. Marketing experts were awed to find the entire week’s inventory sold out in less than three hours. Within weeks that McDonald’s had become one of Shenzhen’s top tourist attractions. The acceptance of properly prepared and correctly marketed hamburgers illustrates how – by identifying a … consumer attitude [that can be changed] and working aggressively toward improved quality – wheat foods have become a staple in Asia’s more developed countries.”

Another one of this team’s significant achievements was helping establish a market for instant noodles in China. That effort included working closely with Chinese government agencies to create a pilot instant noodle plant in Shanghai that served as a training center for Chinese companies and workers. 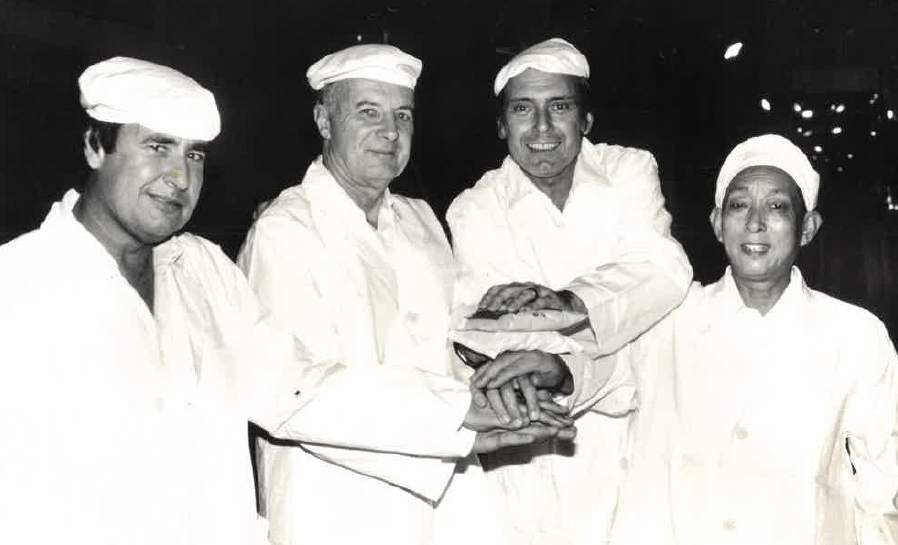 Following his long and successful USW career, Schneiter applied for an early reporting job with the East Oregonian newspaper and a journalism degree from the University of Oregon to write a book about how Westerners can successfully work with the Chinese and a cookbook titled “A Taste of Old Hong Kong.” A 2014 East Oregonian article about that cookbook said Schneiter was descended from a “pioneer wheat family” in Umatilla County, Oregon.

In many ways, Fred Schneiter represented the legacy of commitment from generations of U.S. farm families, the U.S. government, and the people who have represented them to build overseas markets. That legacy continues worldwide through USW’s 13 overseas and two domestic offices. 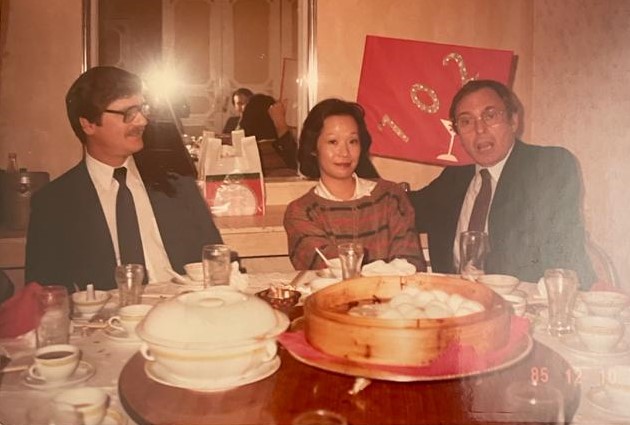