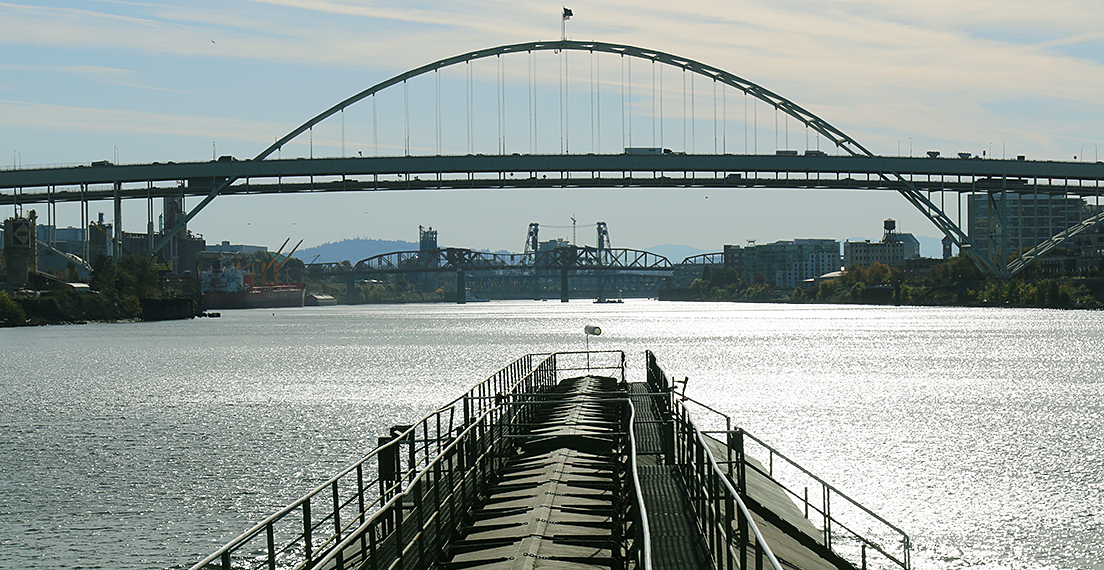 As of Dec. 26, 2019, total commercial sales of 18.5 MMT already make up 71% of USDA’s latest export forecast. Commercial sales to 11 of the top 20 markets for U.S. wheat are ahead of last year’s pace and total export sales to all destinations are 6 percent ahead of sales on the same date in 2018/19. 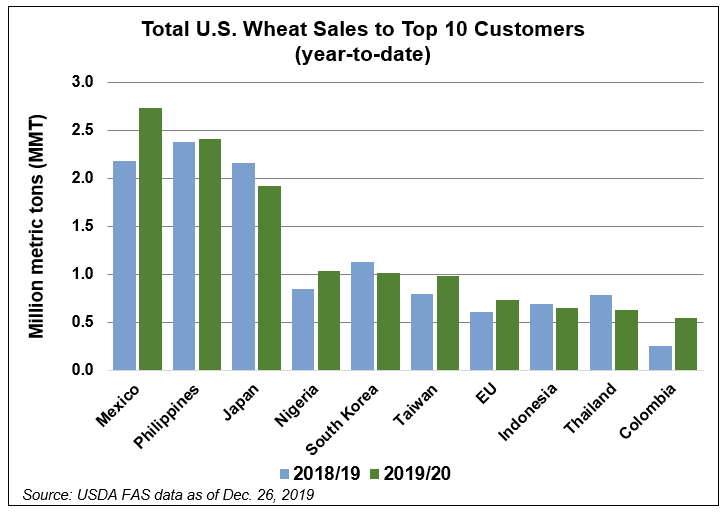 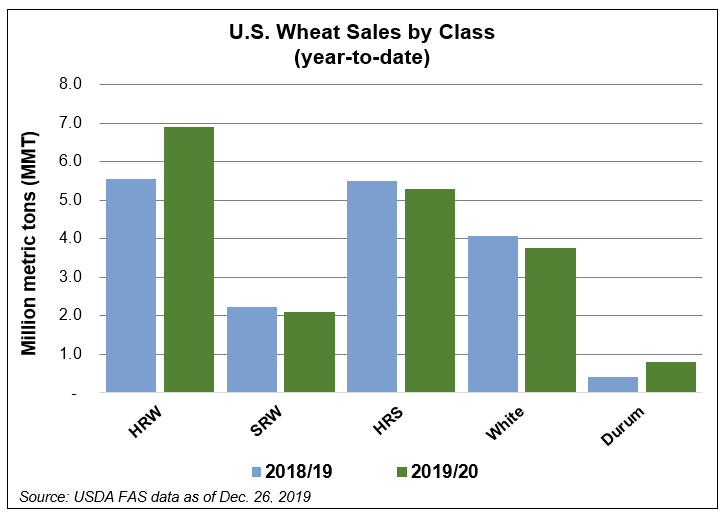 Export sales of 2.10 MMT for SRW through Dec. 26, 2019, are 6 percent less than 2018/19. This difference relates mainly to increased SRW export prices due to a significant decline in exportable supplies. USDA predicts 2019/20 SRW ending stocks will fall to 3.02 MMT, 30 percent less than 2018/19, if realized. USDA forecasts total SRW exports will fall 22 percent year-over-year to 2.72 MMT. Year-to-date commercial sales of SRW to all destinations make up 77 percent of USDA’s total SRW export estimate. Despite lower production and higher prices, SRW sales to five of the top ten export markets are ahead of last year’s pace. Exports to Mexico, the top destination for SRW, total 641,000 MT, up 2 percent from last year. Sales to Colombia and Nigeria, both top 5 export markets for SRW, are up 38 percent and 20 percent from last year, respectively. Imports by Brazil are also running at a faster pace so far this marketing year.

USDA predicts “white wheat” exports (which includes 99.7 percent soft white) will fall 3 percent in 2019/20 to 5.20 MMT. As of Dec. 26, 2019, export sales of white wheat at 3.77 MMT are 8 percent behind last year’s pace and make up 73 percent of USDA’s final export estimate. The sales pace on the same date for four of the five top white wheat export markets is less than last year. According to industry experts, routine demand from these top markets is lagging in part because some importers believed FOB prices were too high throughout the first half of 2019/20. Some price sensitive buyers in Southeast Asia were focused on relatively low-cost Black Sea supplies. However, export sales to the Philippines, the top market for white wheat, are 9 percent ahead of last year’s pace at 1.0 MMT. USW believes routine demand from top buyers may pick up again in the second half of 2019/20 as Black Sea exportable supplies dwindle before harvest and U.S. white wheat prices grow more competitive with the shortage of Australian white classes.