Behind the world’s most reliable supply of wheat are the world’s most dependable people. Those people, from U.S. Wheat Associates staff to the state wheat commissions and U.S. wheat farm families to the many hands along the U.S. supply chain, and finally our overseas customers – are all a part of our story. Despite the different roles or distances between us, all of the people in our story share an unspoken connection, not only through U.S. wheat but through our shared values of growth, hard work and family. We appreciate the many congratulatory messages and well wishes from our friends and customers from all over the world.

“I had the opportunity of a lifetime traveling with U.S. Wheat Associates (USW) to many countries and visiting with U.S. wheat buyers, millers and bakers. My thanks go out to those people who made us feel so welcome in their countries.

Traveling to Yemen with Dick Prior1 was quite an eye-opener. Our customers were so delighted to have a farmer there who grew the wheat they milled. I received several invitations to come back and stay with their families. In Salif, I received a stainless steel can filled with honey as a gift. Since it had an open lid, I was not going to be able to take it on the plane with me, so we gave it to our taxi driver. He was overwhelmed to receive it, as honey is extremely rare and valuable in Yemen. 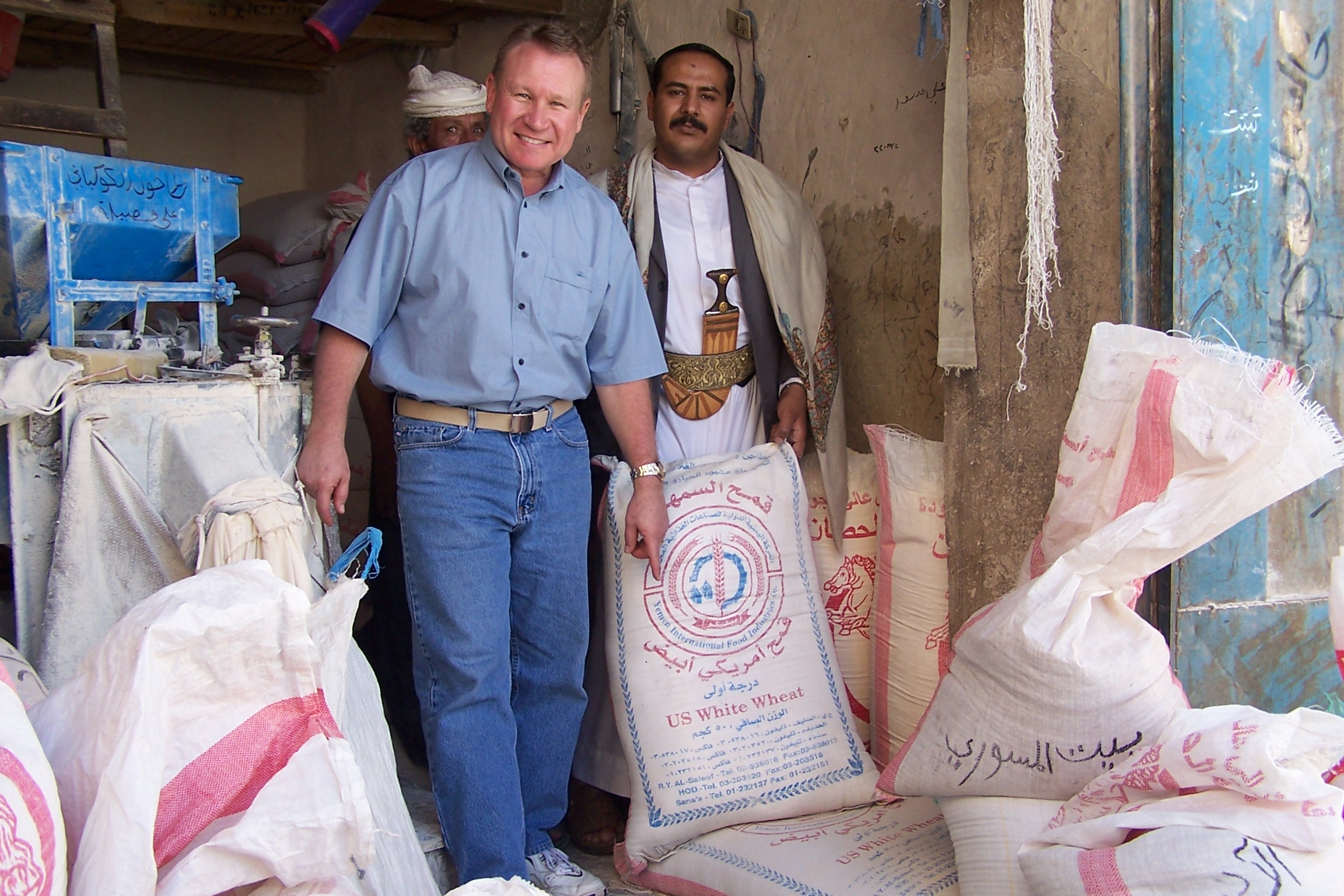 In Yemen, people buy sacks of wheat at the store, and take them to the local corner mill to be ground into flour.

I always enjoyed visiting cookie factories in Guatemala. They always sent us out the door with grocery bags full of the products they made. I brought these products home with me and shared with other U.S. wheat farmers at meetings. They looked identical to products in the United States but tasted different. Many thanks to those bakers, who were so proud of their products made from U.S. wheat grown in the Pacific Northwest.

Tom Mick2 and I traveled with Mark Samson3 to Bangladesh, which was the second largest food aid recipient in the world. Traffic was a nightmare with thousands of bicycle rickshaws mixed in with a lot of buses and a few cars, so our appointment with 15 flour millers was delayed by over three hours. We did not expect the millers to be still be waiting, but they were. We thanked them for their patience and were surprised at their interest in learning more about the U.S. wheat industry, and how to contract for wheat based on specifications. 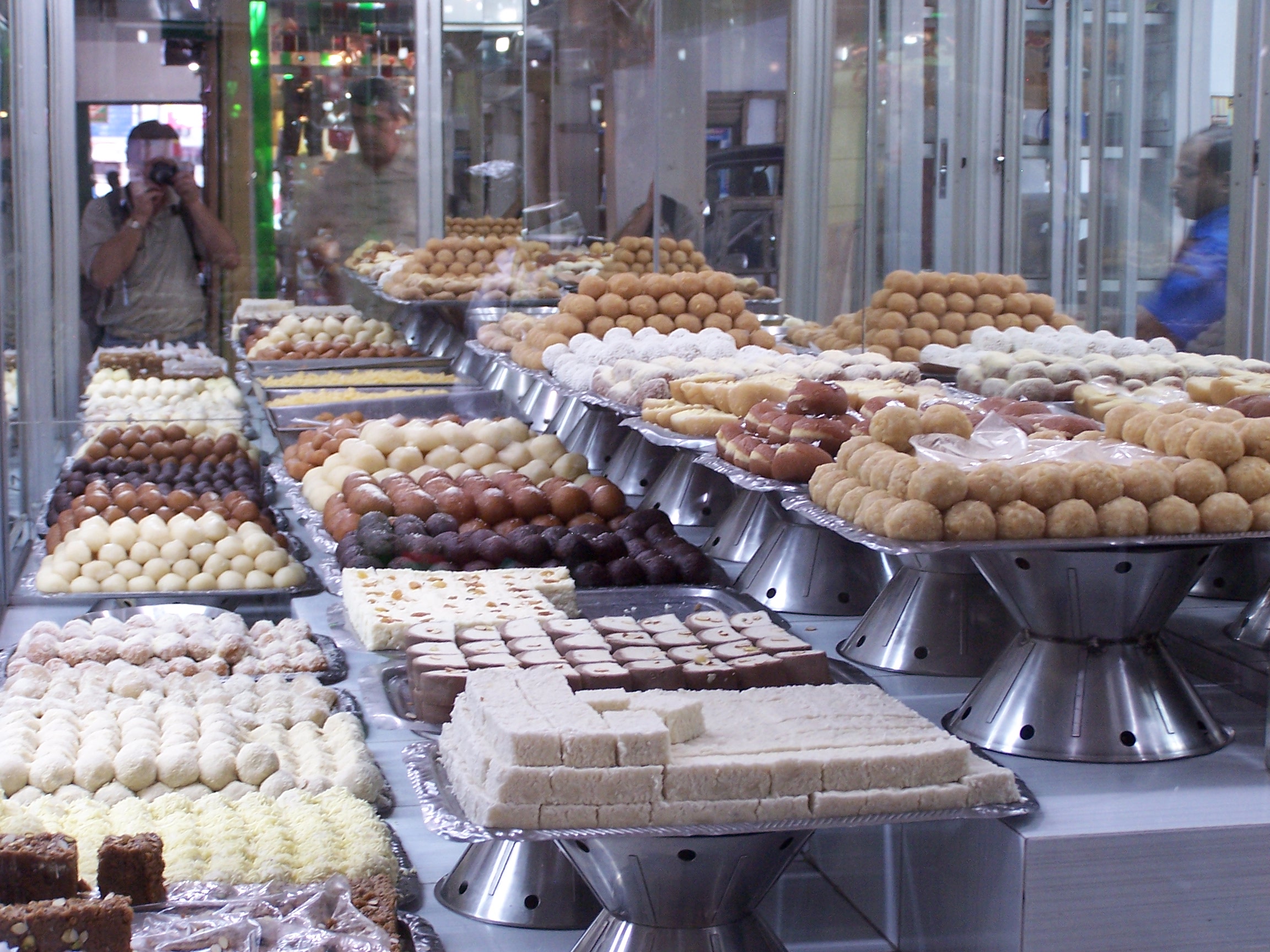 The Bangladesh shot is of pastries made within their country, mainly using wheat obtained through food aid.

The Philippine flour millers are the most gracious and accommodating hosts. I was fortunate enough to be there for the 50th anniversary of having an office for U.S. wheat export market development (first as Western Wheat Associates, followed by USW) in their country. They always showed up in large numbers to attend our presentations on supply and demand, and crop quality.

It was an honor to be invited to dinner with Philippine flour miller Norman Uy and his family after one of our presentations. His son Stevie is taking over the mill and was in a group that visited my farm the following year.

(L) Stevie Uy visits Randy’s farm in Eastern Washington with a trade delegation from the Philippines; (R) Norman Uy accepts a framed photo from Randy at the 2012 anniversary event in the Philippines.

While my thanks go out to the buyers, millers and bakers of our wheat around the world, none of it would be possible without the work of our dedicated overseas staff. People like Takeo Suzuki4, who was in the Tokyo office. Takeo was a tireless worker on our behalf, who had many contacts in the industry. If you ever had the chance to travel with him, you had to almost run to keep up with him. I will be forever grateful for his service to our industry. I had the distinct honor of traveling with so many during my eleven-year tenure on the USW board. I started writing down all their names but decided to just thank them as a group for their dedication. While faces have changed over the years, I still see their commitment to providing the world’s most reliable choice of wheat.”

2Tom Mick served eight years as USW Regional Vice President, South Asia, in Singapore, and two years as USW Director of Overseas Operations in Washington, D.C. He retired as CEO of the Washington Grain Commission in 2012.

3Mark Samson served as assistant director of Western Wheat Associates (now U.S. Wheat Associates) in Washington, D.C., as administrator of the Idaho Wheat Commission and USW regional vice president for South Asia in Singapore and regional vice president for Europe, the Middle East, East and North Africa in Cairo,Egypt, and Rotterdam, The Netherlands.

4Takeo Suzuki served as USW Country Director, Tokyo, until his death in 2007. 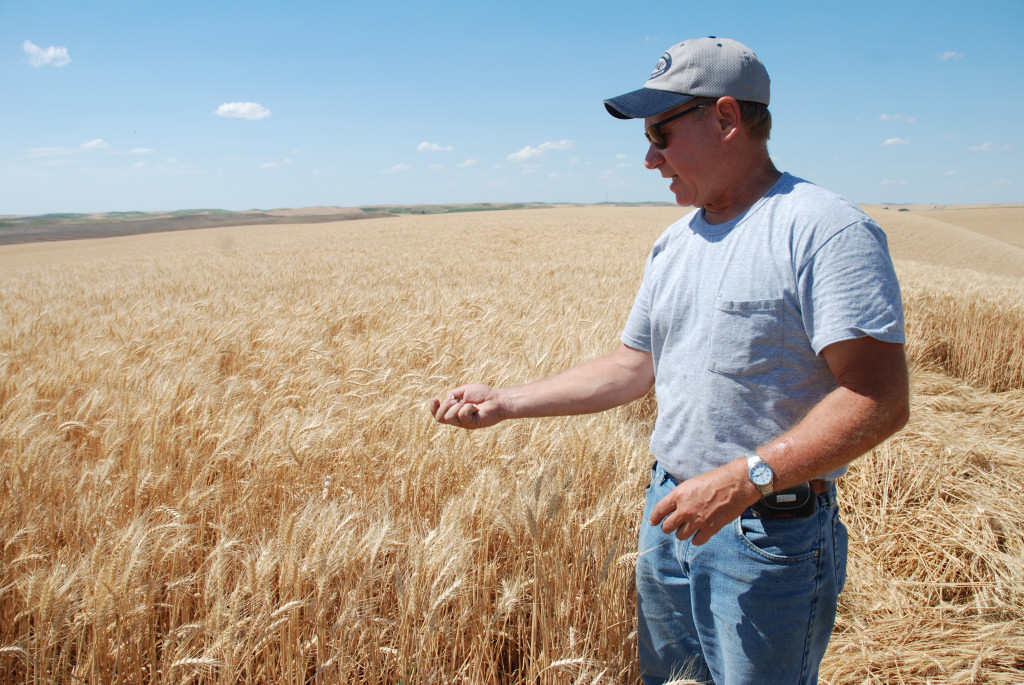 Randy Suess on his farm in Washington. 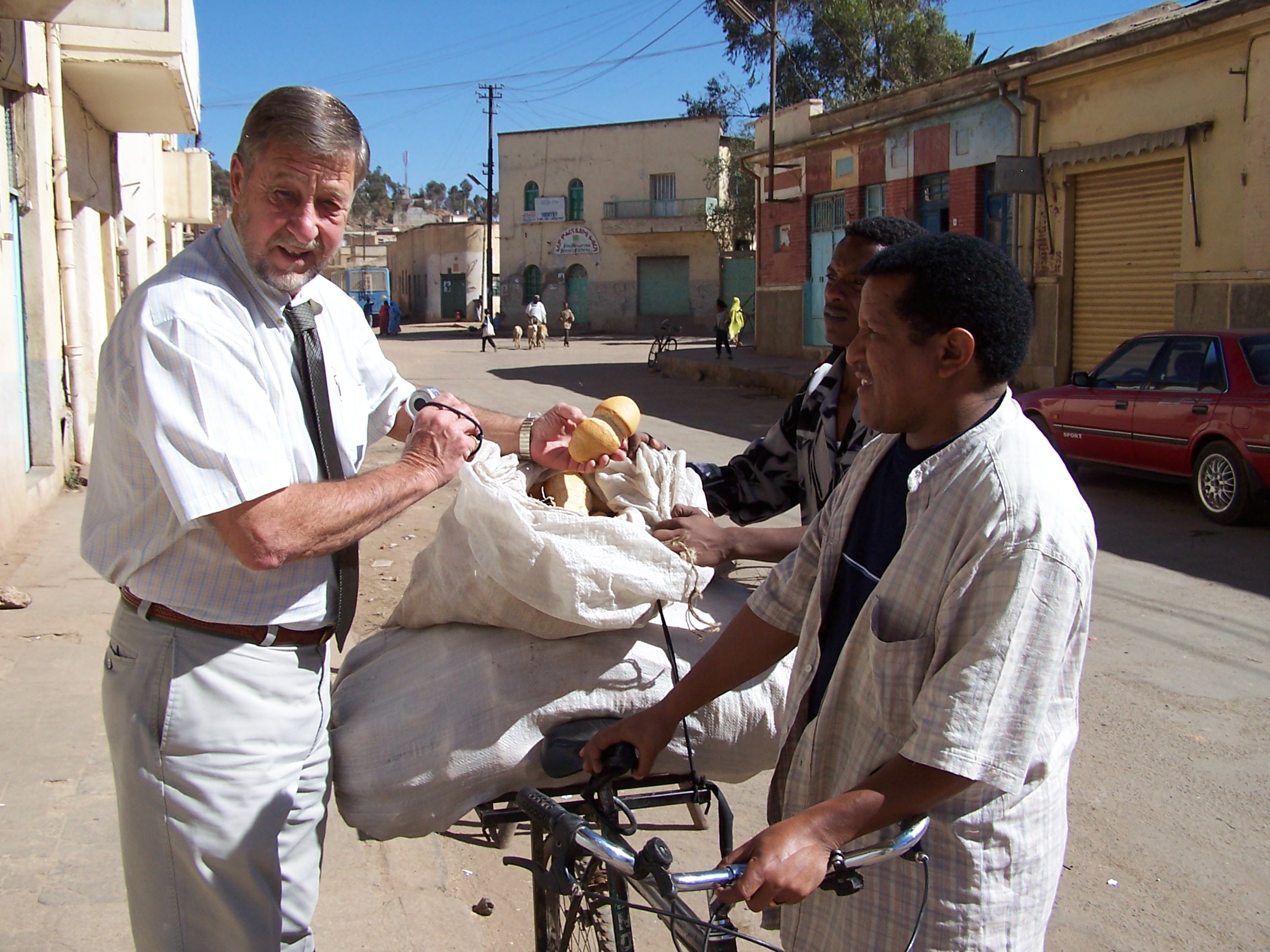 The bread delivery in Eritrea has Dick Prior taking a look at the small loaves of bread made from soft white wheat, as it is being delivered on bicycles. 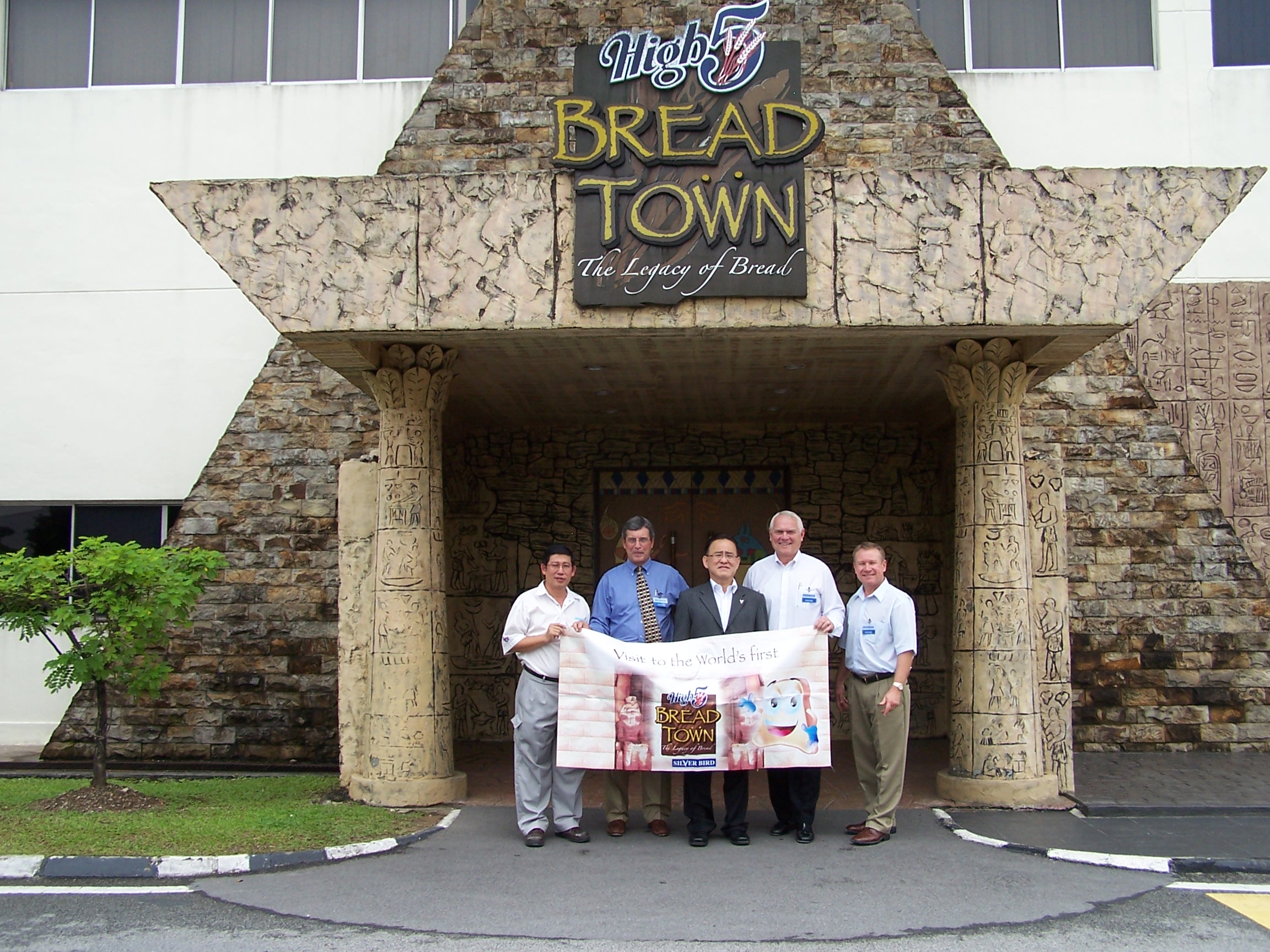 The Malaysia bread town was a factory selling breads and all kinds of sweets, that was set up for tours. Over 30,000 kids were bused in each year to go through their tour. 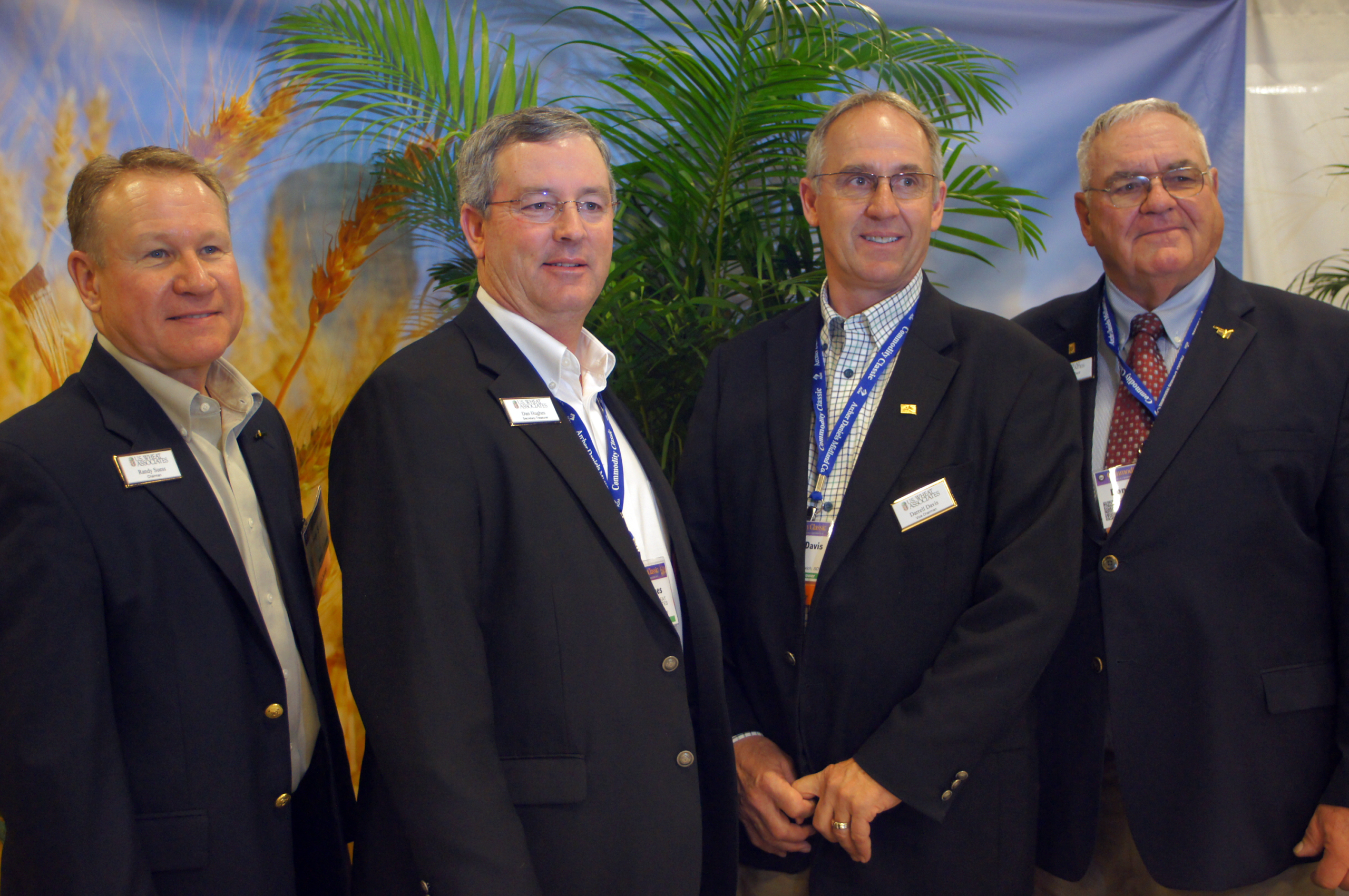