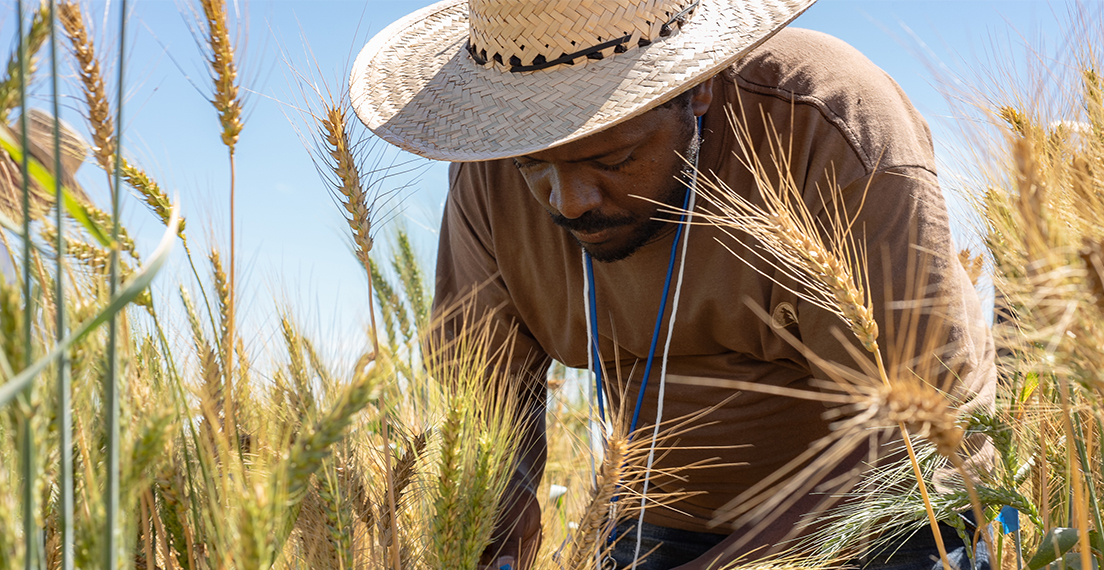 Seventy-five years ago, the seeds of the Green Revolution were planted when Norman Borlaug began his work on wheat breeding in Mexico. The success of that effort, which was a partnership between the Mexican government and the Rockefeller Foundation, led to the eventual founding of the International Maize and Wheat Improvement Center (CIMMYT).

In 1971, CGIAR was established as an umbrella organization to create an international consortium of research centers. CIMMYT was one of the first research centers supported through the CGIAR, which today includes 15 centers around the world with a local presence in 70 countries. Each center focuses on unique challenges, but they are all driven by three broad strategic goals: to reduce poverty; to improve food and nutrition security; and to improve natural resources and ecosystem services.

For 50 years, wheat has been one of the core crops of CGIAR’s focus. CGIAR receives annual funding of about $30 million for wheat, and the economic benefits of that wheat breeding research range from $2.2 to $3.1 billion. This is a benefit-cost ratio of at least 73 to 1 — for every $1 spent in CGIAR wheat research funding, there is more than $73 in economic benefits to global wheat farmers. CIMMYT’s international wheat improvement programs generate $500 million per year in economic benefits. Globally, nearly half of the wheat varieties planted are CGIAR-related; in South, Central and West Asia and North Africa, that number rises to 70 to 80 percent of wheat varieties. When wheat supplies 20 percent of protein and calories in diets worldwide, CGIAR wheat research can have a major impact on the livelihoods of the world’s most poor people.

CGIAR Research Centers have also led to significant benefits for U.S. farmers as well. Approximately 60 percent of the wheat acreage planted in the U.S. uses CGIAR-related wheat varieties. CIMMYT wheat improvement spillovers in the United States repay the total U.S. contribution to CIMMYT’s wheat improvement research budget by a rate of up to 40 to 1. Another partner, the International Center for Agricultural Research in the Dry Areas (ICARDA), has delivered innovations that protect U.S. farmers from crop losses due to destructive pests, and has also partnered with CIMMYT to develop the One Global Wheat Program under CGIAR.

One aspect of the CGIAR success story in the United States is about partnership. Public U.S. universities around the country have partnered with CGIAR on agricultural research, to the benefit of U.S. farmers and farmers worldwide. This partnership allows for knowledge transfer and idea-sharing on a global scale. USW is proud that many of our member states have universities that have partnered with CGIAR on wheat projects.

The news is not all good, however. As we anticipate world population growing to 10 billion in 2050, the demand for wheat is expected to increase by 50 percent. To meet that demand, wheat yields must increase by 1.6 percent annually. Currently they are increasing by less than 1 percent annually. There is plenty of work to do to continue Borlaug’s mission of achieving food security. CGIAR Research Centers will continue to play a critical role in that effort.

We invite our stakeholders and overseas customers to learn more about this important partnership and the benefits of CGIAR wheat research in part through a fact sheet posted here on the USW website.