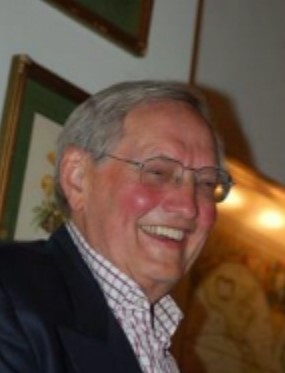 U.S. Wheat Associates (USW) recently learned that Nelson C. Denlinger, who led trade policy work for USW from 1981 to 2006, passed away in September 2020. A native of Lancaster, Penn., Nelson had an interesting career first as a history teacher at the Choate School in Connecticut. In 1965, he joined the Neighborhood Youth Corps and USAID in Washington, D.C. He eventually joined former Sen. Hubert Humphrey’s staff and later became staff director of the Senate Agriculture Committee before joining USW.

USW asked former President Alan Tracy to share some memories of Nelson and his work.

“Nelson never tried to bring attention to himself, but he knew agricultural policy and was most effective behind the scene, representing farmer interests. He was a friend to all at USW and will be sorely missed.

“With our organization, Nelson did a great service to U.S. wheat farmers. He, along with other USW colleagues, was instrumental in discovering the bribery of Iraq and fraud of the United Nations (U.N.) Oil for Food Program by the Australian Wheat Board (AWB). It was Nelson who acquired AWB wheat contracts registered with the U.N. under that program, and it was his analysis of those contracts that demonstrated to us at USW that AWB gained status as Iraq’s only wheat supplier in return for overcharging the U.N. program and kicking back huge sums to the Saddam Hussein regime, violating program rules and Australian bribery laws.

“While USW was loudly criticized from many quarters for making that accusation public, and AWB denied it for nearly four more years, it eventually led to a U.N. investigation by former Federal Reserve Chairman Paul Volcker that showed AWB made payments over several years that were channeled to the Hussein regime. That in turn led to an Australian Royal Commission investigation that ultimately found AWB payed about 290 million Australian dollars of bogus “transportation fees.” As a result, AWB lost its monopoly over Australian grain marketing and, thus, its ability to administratively set export prices that undercut American farmers in world wheat markets. I don’t think that would have happened without Nelson’s work and the dogged persistence of USW colleagues thereafter.”

All of us at USW extend our sincerest sympathies to Nelson’s widow Ruth and his other family members.