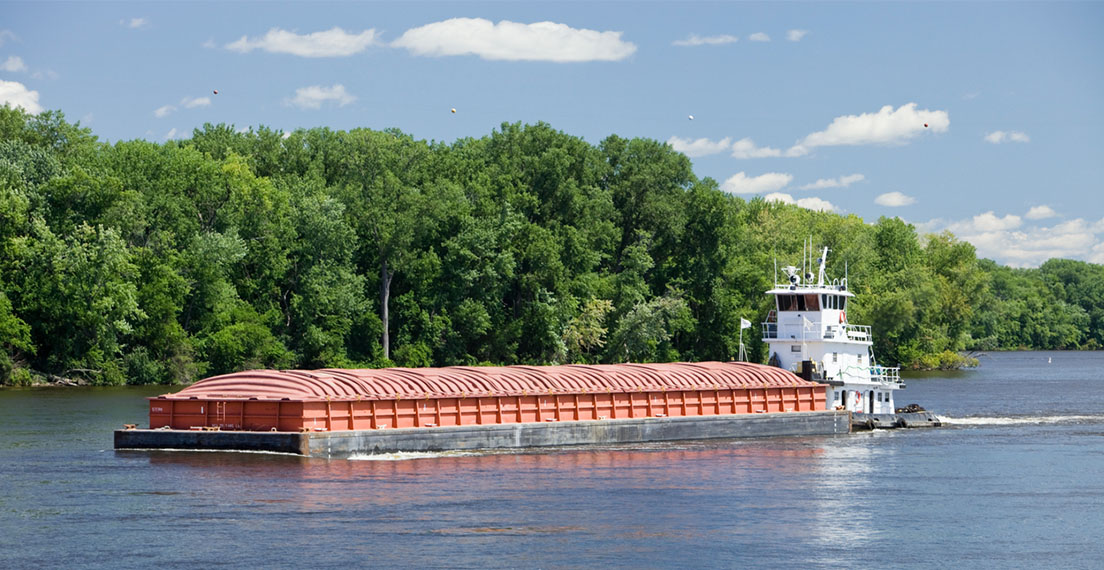 The inverted spread in export prices for U.S. soft red winter (SRW) and hard red winter (HRW) that has appeared occasionally recently settled into the market in early July. What is happening to fuel this situation?

First, there are limited exportable supplies of SRW along the Mississippi River due to lower planted area in key states. That lower supply of SRW is also competing for export elevation capacity in the Center Gulf with increased export demand for soybeans and corn. U.S. Wheat Associates (USW) believes these two factors could continue to support Gulf SRW export prices in the coming weeks. 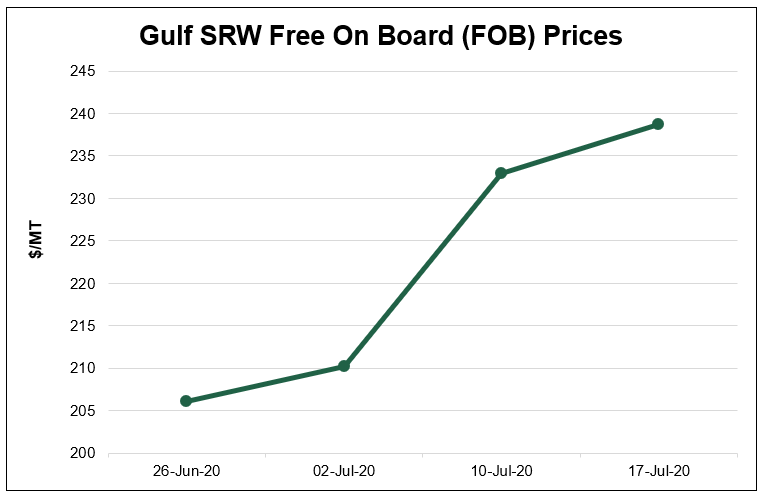 With planted area down 13 percent and 12 percent in two key SRW-producing states, Illinois and Missouri, respectively, the recent harvest did little to improve exportable supplies of SRW. The SRW harvest in states tributary to the Mississippi River feeding into Center Gulf export terminals, was “a flash in the pan” said one grain exporter.

“We don’t have abundant supplies up and down the Mississippi River and rail rates are just too high for it to make sense to pull SRW supplies inland from the Midwestern states,” said another trader.

A swift uptick in export demand for U.S. soybeans and corn is limiting export elevation capacity out of the Center Gulf, which adds support to nearby Gulf SRW export prices. According to U.S. grain traders, customers may have difficulty finding export capacity for “grocery boats” (vessels containing multiple commodities or multiple classes of wheat) out of the Center Gulf for nearby deliveries which supports SRW export prices.

Soybeans. “A lot of customers are surprised by the fact that export capacity is filling up so quickly with soybeans,” said one industry contact. The reason, however, is no surprise: China’s dramatic increase in U.S. soybean purchases this year compared to previous years. According to USDA, China bought 1.49 million metric tons (MMT) of U.S. soybeans between May 28 and July 9 for delivery in 2019/20. That is nearly 35 percent more than the 959,000 metric tons (MT) China purchased over the same period in 2019. U.S. soybean sales to all destinations, between May 28 and July 9, reached 4.15 MMT, nearly double the volume over the same period in 2019. 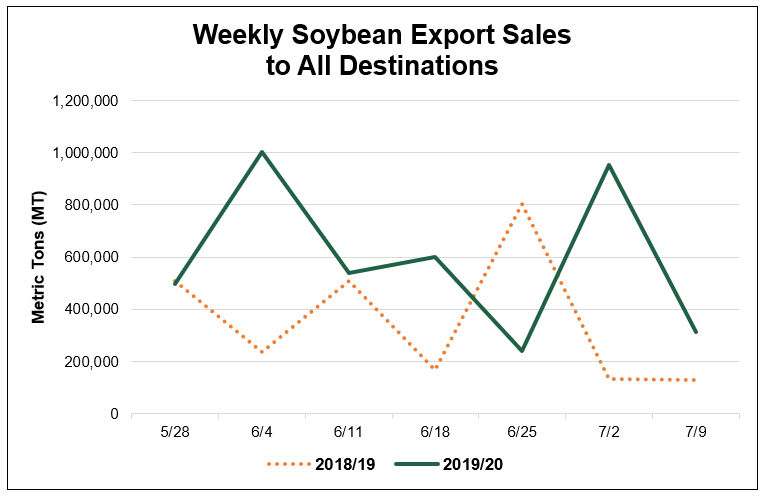 Corn. Between May 28 and July 9, total U.S. corn export sales, to all destinations, reached 3.65 MMT, more than double the volume sold over the same period in 2019. Export sales to Mexico, the largest market for U.S. corn, reached 815,000 MT during the previously noted 2020 period, nearly quadruple the total volume sold in 2019. Between July 2 and July 9, USDA reported China bought 768,000 MT of U.S. corn, its largest weekly purchase since October 2011. 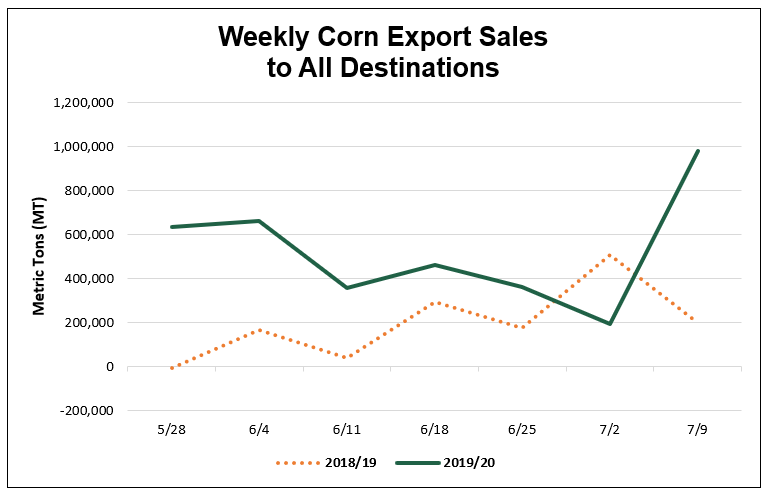 It is interesting to note that Gulf SRW FOB prices for August delivery are currently more than all HRW prices from the Texas Gulf. As of July 17, USW reported that HRW ordinary FOB for August delivery was $216/MT and HRW 11 percent protein (on a 12 percent moisture basis) was $220/MT compared to $239/MT for SRW.

Photo above: A grain barge headed downstream on the Mississippi River.