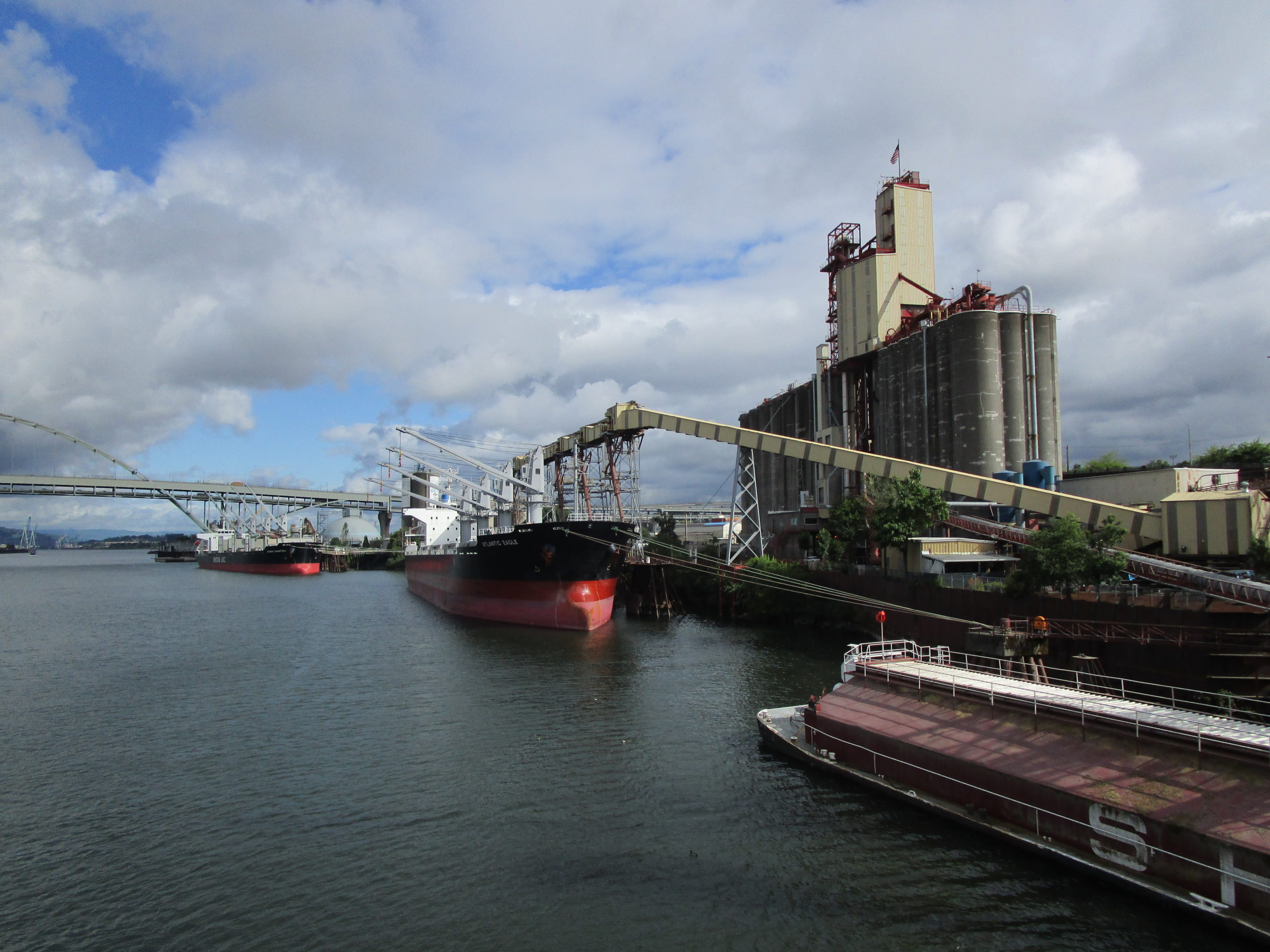 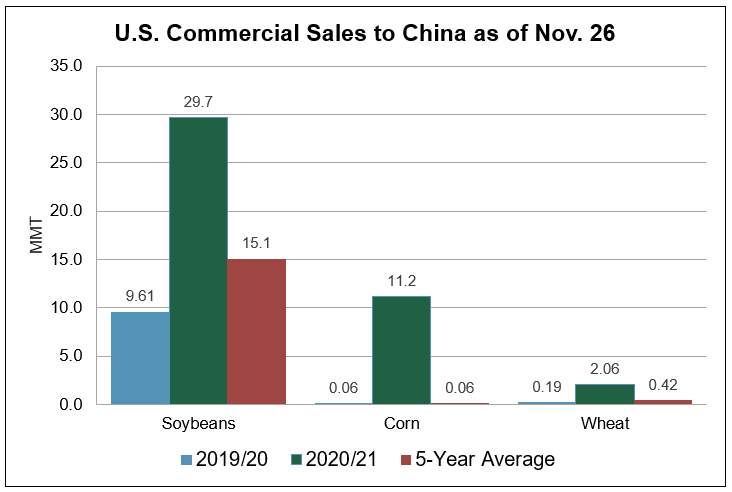 “January, February and the beginning of March are at capacity; we can’t add a lot more business for those months,” said one industry contact. “If anyone were to sell anything for those delivery periods, it would raise elevation costs substantially more.”

According to Trade Data Monitor (TDM), most Chinese soybean imports usually come from the United States between October and February and from Brazil between March and September. On average, soybeans from Brazil jump from 46 to 83 percent of China’s total imports between February and March. Traders anticipate this seasonal trend will continue in 2021, which could increase U.S. wheat export elevation availability in the Pacific Northwest (PNW) and Gulf and could decrease wheat export basis levels from those regions. 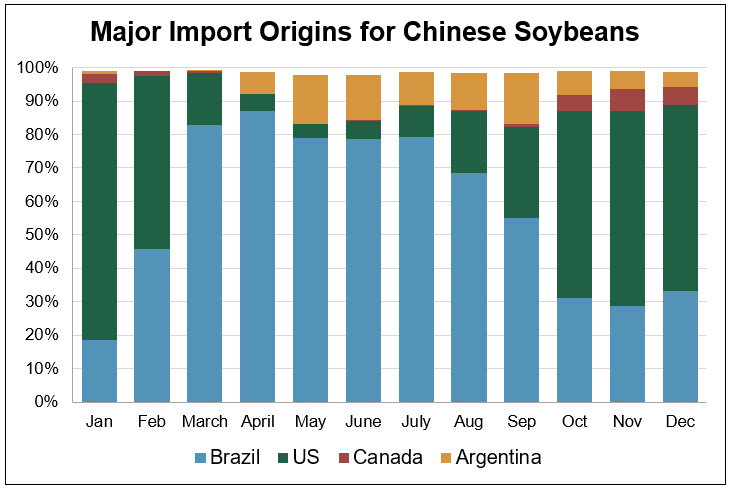 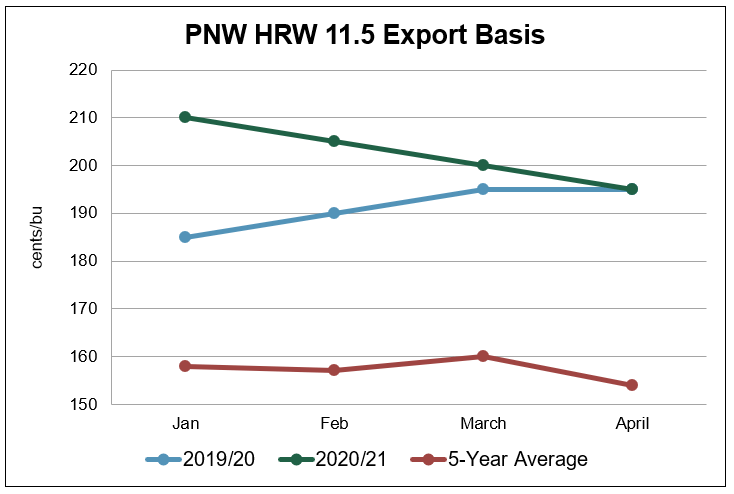 “April forward is when export basis really lightens up and we become more competitive,” said one trader, “there’s strong interest in U.S. spring wheat for that period.” 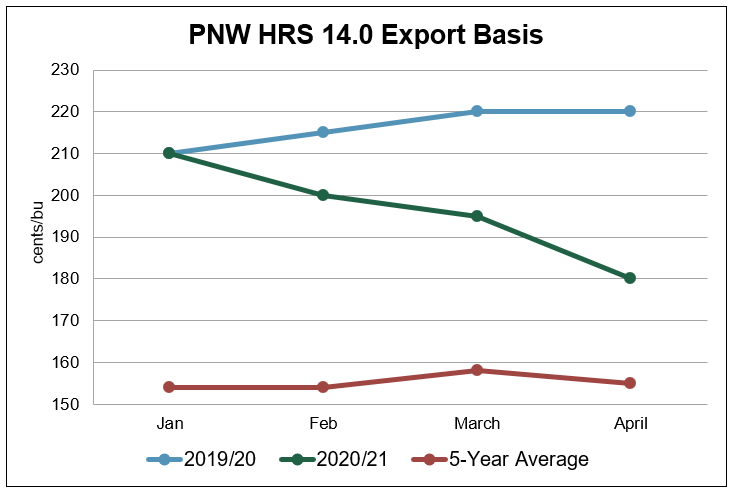 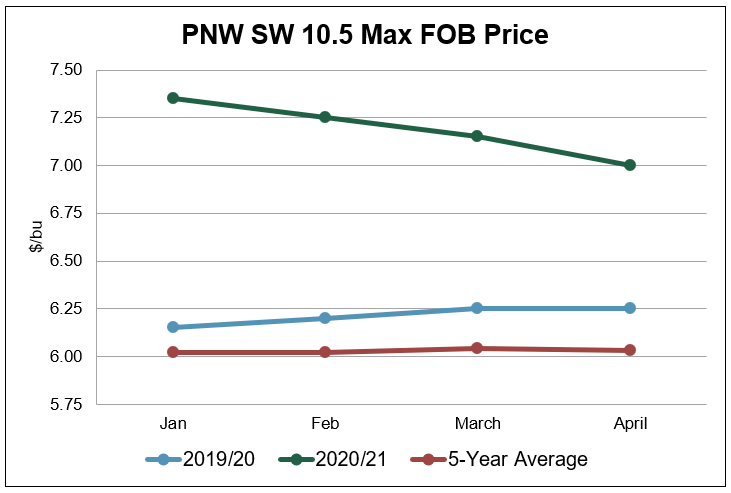 USW does not have a crystal ball, but we do expect downward pressure on most U.S. wheat export basis values between February and April 2021, as long as China’s import demand for U.S. corn and soybeans slows down and inland logistics continue operating smoothly. USW will continue to monitor trade and logistical developments in the coming months and will communicate anticipated basis changes to our customers.