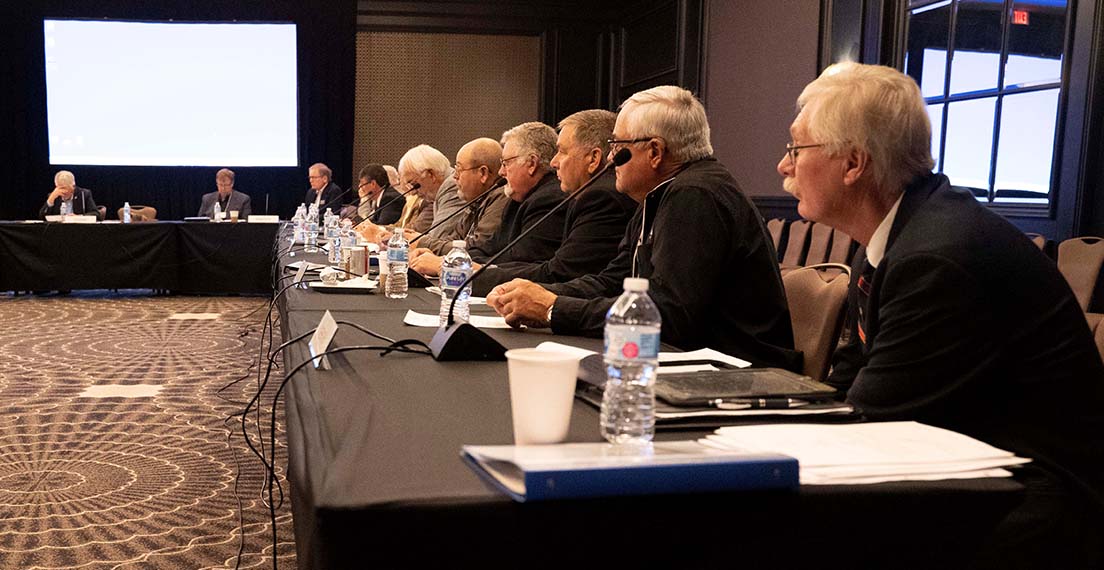 At their joint session Nov. 10, U.S. wheat industry leaders heard a very interesting speech from Ms. Esther L. George, President and CEO of the Federal Reserve Bank of Kansas City, which is one of 12 regional Reserve Banks that, along with the Federal Reserve Board of Governors in Washington, D.C., make up the nation’s central bank. The “Fed” as it is known works “in the public’s interest by supporting economic and financial stability.” Pres. George outlined several factors that are contributing to rising inflation in the United States specifically but also affecting the global economy. One of those factors is the dramatic disruption in global supply chains that have pushed up shipping costs and interrupted normal production and distribution of goods.

“Supplier delivery times have slowed dramatically, not only for manufacturers but also for service providers,” President George said, “in part as shipping times from Asia to the West Coast have doubled, and transit costs have skyrocketed.” While a text of Pres. George’s speech is not available, her recent speech at an energy conference includes many of the key points from her presentation to U.S. wheat leaders.

On Nov. 10, Mr. Daniel Whitley, Administrator of USDA’s Foreign Agricultural Service (FAS), spoke to the USW board of directors about the long and successful public-private partnership between “cooperator” organizations like USW and FAS. He also noted the significant expected increase in U.S. agricultural exports for 2021/22 to more than $175 billion in value, which includes an estimated $7 billion in U.S. wheat exports. 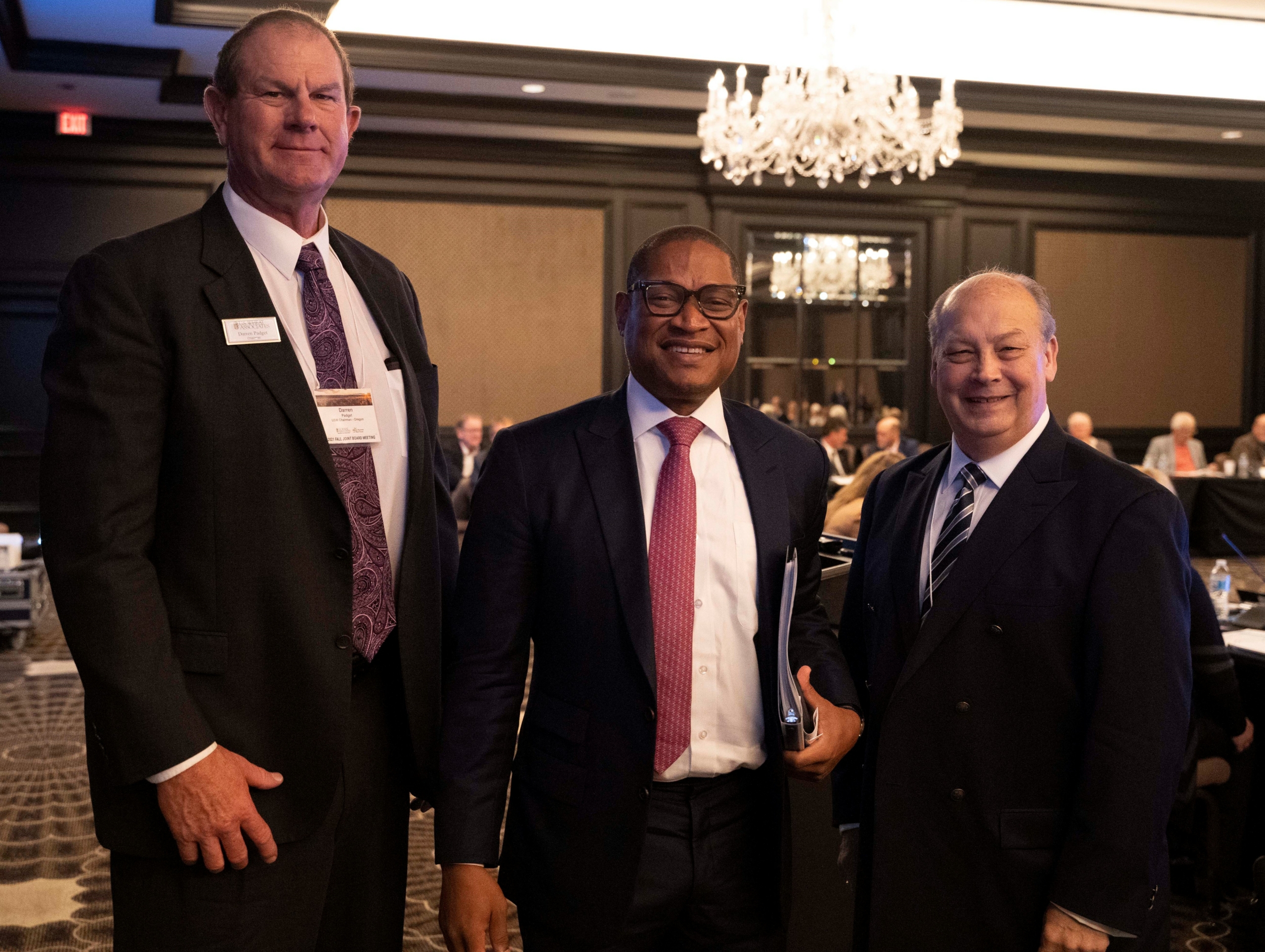 Even more specific to U.S. wheat exports, USW Vice President of Overseas Operations Mike Spier provided a very thorough review of the supply and demand factors affecting global wheat trade. Focusing on the run-up in wheat prices, Spier noted that U.S. wheat ending stocks declined by 50% in just five years. He also noted that the ratio of wheat ending stocks to “disappearance” (domestic consumption plus exports) among global wheat exporting countries is now at 13%, a level not seen since the global wheat supply shock of 2007/08. 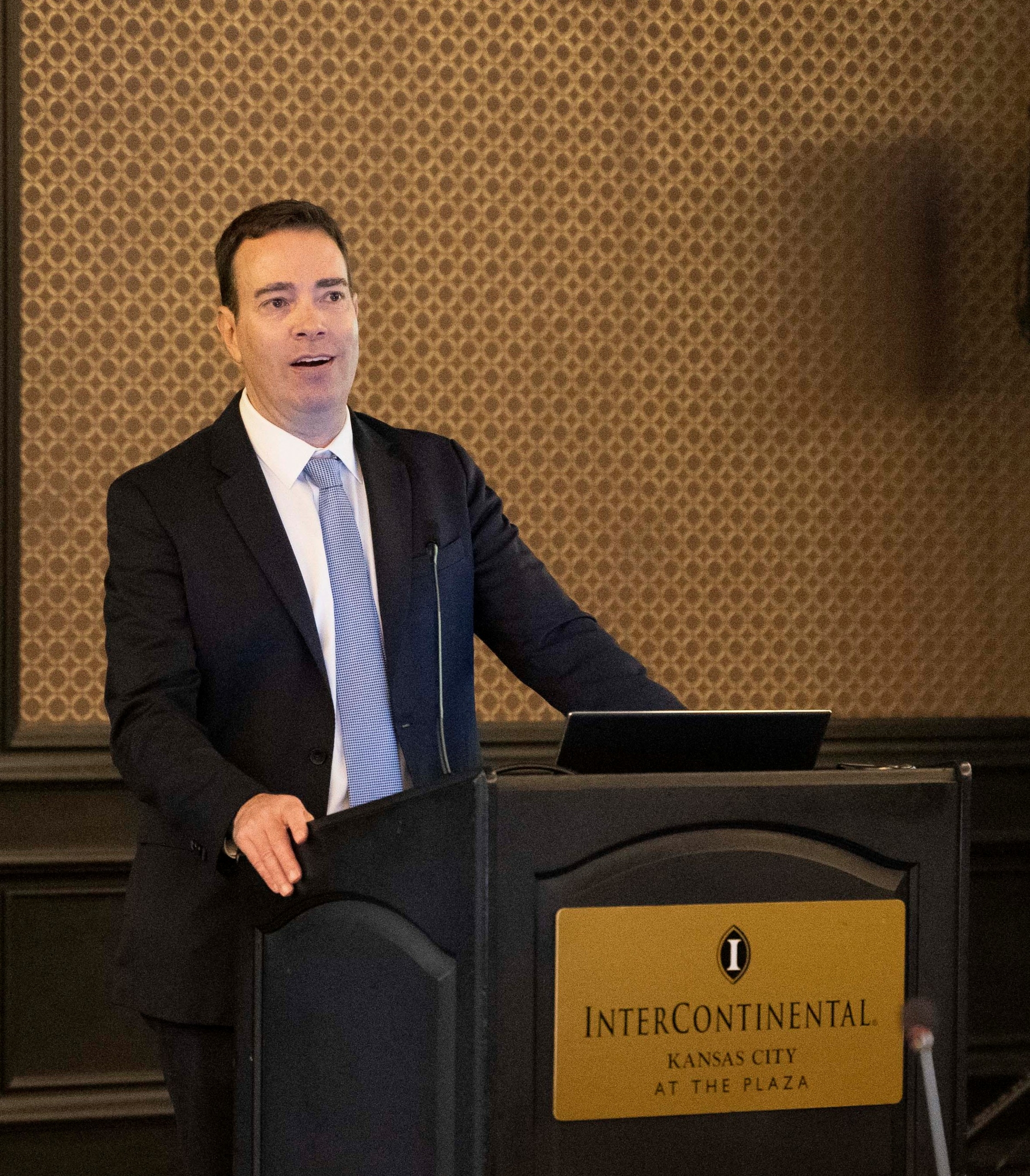 USW Vice President of Overseas Operations Mike Spier provided an overview of global and U.S. wheat supply and demand factors at the USW Board of Directors meeting Nov. 10.

USW and NAWG directors will meet jointly again in January 2022 in Washington, D.C.