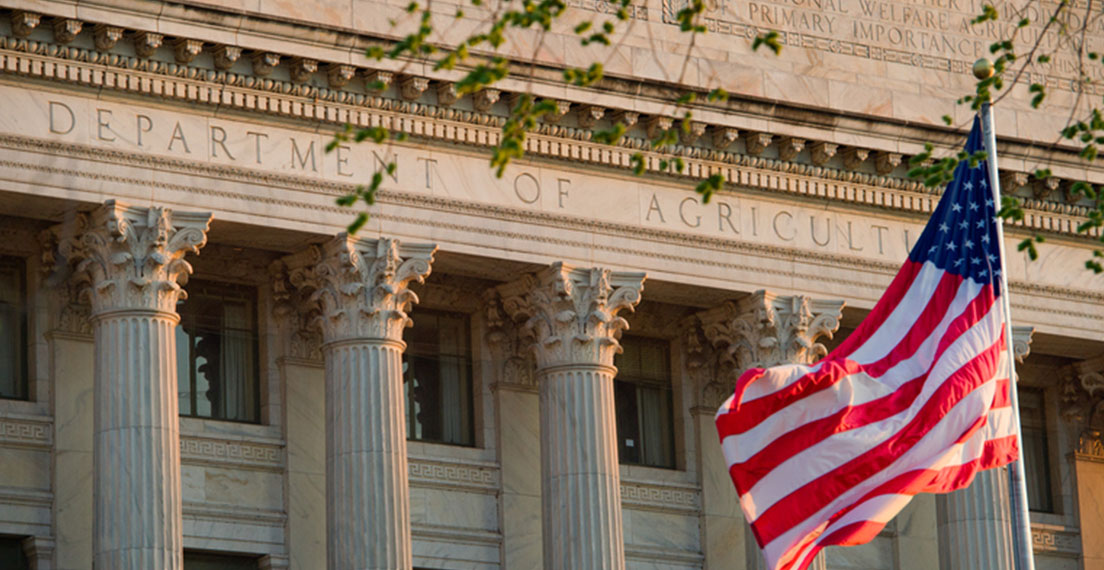 Crop developers say USDA’s effort to streamline its regulation of biotech crops will still slow the commercialization of many gene-edited products, but groups representing grain traders, food processors and restaurant chains are slamming the department’s proposal, claiming it could lead to trade disruptions and undermine consumer confidence.

Under the proposed rule issued in June, bioengineered plants would be exempted from regulation by USDA if the modifications could be produced through traditional breeding techniques, making them unlikely to pose a greater plant pest risk than conventionally bred crops.

Crop developers would have three options under the proposed rule: They would be allowed to decide on their own whether their modifications are exempt from regulation; Companies could seek confirmation letters from USDA of the exempt status; Or they could ask USDA to determine whether the trait is regulated or not.

“If USDA is unable to inform consumers on what is available in the market, it is likely that consumer confidence in USDA will wane. Additionally, we believe the proposed regulatory framework opens the door for significant criticism of APHIS and genetic engineering technologies,” the statement said.

The groups called on USDA to slow implementation of the changes to its regulatory system until the Food and Drug Administration and Environmental Protection Agency issue rules or guidance on how they plan to oversee gene-edited crops.

Tuesday was the deadline for industry organizations, advocacy groups and the public to file comments on a proposed rule issued in June to rewrite USDA’s Part 340 regulatory process for genetically engineered plants.

The Biotechnology Innovation Organization (BIO) and American Seed Trade Association urged USDA’s Animal and Plant Health Inspection Service to expand the proposed regulatory exemptions, which are based on the concept that modifications that could be achieved through “traditional breeding techniques” should not require USDA approval. The four exemptions include modifications achieved solely through the deletion of genetic material or through single base pair substitutions.

The American Seed Trade Association says “significant applications of genome editing” could fail to qualify for the proposed exemptions. The group said the exemptions should cover a range of genetic changes that have been traditionally made through mutations, sometimes with chemicals or radiation.

More than 3,200 crop varieties, from heat-tolerant cotton to Ruby Red grapefruit, have been bred since the 1950s through induced mutations, the group said.

Plants modified through mutations induced by chemical means or radiation can be used in organic production.

Nina Fedoroff, a molecular biologist who served as the State Department’s science and technology adviser during the George W. Bush administration, agreed that the exemptions were too limited.

“The kinds of modification that can be made through traditional breeding, which now defined to include chemical and radiation mutagenesis, cover a much larger array of genetic changes than is included in the detailed list of exemptions listed in the proposed rule,” wrote Fedoroff, who is a science adviser in the Olsson Frank Weeda Terman Matz law firm.

But the groups representing grain traders and processors argued that USDA hasn’t provided scientific justification for the exemptions in the proposed rule and that the self-determination approach “risks undermining consumer acceptance and international regulatory recognition of APHIS’s regulatory oversight.”

The biotech industry acknowledged that USDA should require some form of mandatory notification. BIO, which represents a wide range of biotech companies, said breeders should be required to file a notification, which would include details of why it is exempt from regulation, at least 90 days before putting the product on the market. The information would later be posted on an agency website. The notification requirement would apply to a product that a developer self-determines to be exempt, not just to those products for which the developer seeks formal confirmation from USDA that it is exempt.

“BIO looks forward to working with the Agency on implementing guidance that achieves transparency without limiting innovation in either commodity or specialty crops,” the group said in its 43-page filing with APHIS.

ASTA also supports mandatory notification, although the industry is still debating what the requirements should be, said ASTA President Andy LaVigne.

The National Corn Growers Association cautioned the agency to consider how a mandatory notification system “might be perceived in international markets” and whether and how the notification process would “hinder global acceptance” of biotech products.

The National Association of Wheat Growers, which also is concerned about protecting its export markets, called on the federal government to “actively engage with our trading partners as soon as possible to work toward consistent, science-based policies across countries to avoid trade disruptions.

“All foreign customers expect the continued oversight by USDA to ensure consistent food safety, which is fundamental to their confidence in purchases of U.S. wheat,” the group said in its comments, noting that half the wheat American farmers grow is sold for export.

The vast majority of the more than 5,400 comments that have been posted online so far have been critical of the administration for seeking to streamline biotech regulations.

The Center for Science in the Public Interest, a consumer advocacy group that is generally supportive of agricultural biotechnology, also thinks USDA is going too far in deregulating the products.

CSPI specifically opposes allowing companies to self-determine whether their products are subject to regulation and says the proposed exemptions are too expansive, not too narrow, as BIO, ASTA and Fedoroff argue.

The proposed rule would eliminate USDA oversight of many ‘traditional’ plants that are genetically engineered, “which could result in harm to human health, the environment, and/or U.S. agricultural interests. We are also concerned that many of the proposed exemptions from oversight are not supported by the necessary scientific data and analysis that would ensure they will not result in adverse impacts,” CSPI said in its comments.

The group goes on, “U.S. consumers and trading partners will not accept unregulated GE products unless the basis for exempting oversight is based on scientific evidence.”

An advocacy group that has long fought USDA in court over biotech regulation, the Center for Food Safety, claims in its comments that the exemptions would “drastically shrink the scope of regulation to a small subset” of genetically engineered organisms.

“This exemption scheme is arbitrary and capricious, and contrary to sound science, because as APHIS itself concedes, it is impossible to determine whether a specific GE modification on a specific plant could in fact have been effected by means of traditional breeding techniques,” CFS says.

The organization contends the exemption criteria are so explicit that crop breeders won’t bother to consult with APHIS on whether their products are regulated.

A USDA official said recently that the department should be on track to finalize the regulatory changes in mid-2020.