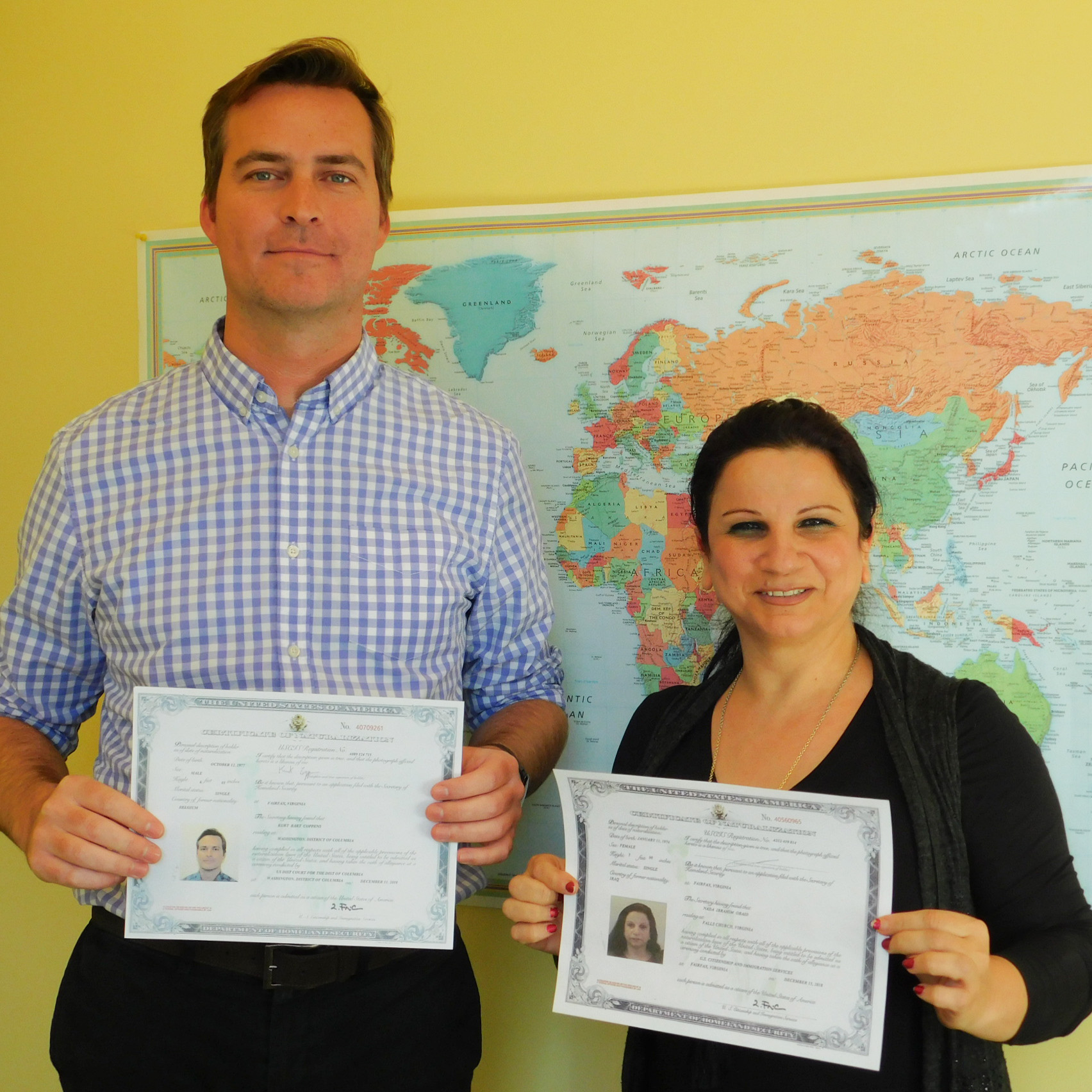 “Immigrants: we get the job done.” – Lin-Manuel Miranda, from the hit Broadway musical “Hamilton!”

“Wheat Letter” asked Kurt, who was a Belgian citizen, and Nada, who was an Iraqi citizen, to share their unique paths to this life changing event. 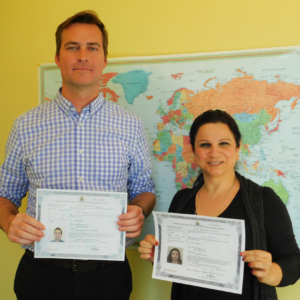 “My emigration to the United States started when I was a teenager when I moved with my family to New York for my father’s profession,” said Kurt Coppens. “After having lived in West Africa and a relatively small city in France near Geneva, Switzerland, and never having lived in the country of my birth and nationality, I was in awe of New York. It was easy for a city of that size and with that much energy to make an impact on anyone, let alone a teenager. After having spent five years in New York and moving back to that same small city in France, I decided I wanted to move back to the United States after college in France. But I transferred to a university in Washington, D.C. after my second year. Since then I have only been away from Washington, in Paris, for two years.

“Having lived and worked in Washington for 19 years, it made sense and seemed like a natural progression to move from being a ‘green card’ holder to becoming a citizen. I have always admired the generosity, enthusiasm and positivity of the American people, and I prefer working in that kind of environment. This also gives me an opportunity to vote and have a say in the city where I have been living for quite some time.”

“I was working with the Iraqi Grain Board, the government buying agency, before the conflict there began in 2003,” said Nada Obaid. “I then went to work for the Coalition Provisional Authority (CPA) through 2004 and for the USDA Foreign Agricultural Service from 2005 to 2006. At that time, especially in 2005, many Iraqis lost their lives for working there. When the U.S. government granted a special immigrant visa program for Iraqis, I applied and thank God I did. Living in peace is a great thing that I thank God for every day.

“The United States is a great country; lots of opportunities are there! I had never thought in my whole life that I would come one day to this great place. It was a great opportunity that I would never have missed.  Before coming, I admit I was kind of worried of the new life waiting for me here, knowing that I would be by myself. But my trust in God, the support I got from friends I knew before coming here and ending up in such great work place like USW helped me a lot to have a comfortable life here. Truly, [USW colleagues] are my family here!

“I trust that U.S. citizenship will open new doors for me in all aspects of my life. I immediately applied for a U.S. passport after the naturalization ceremony. It is a great honor for me to carry U.S. citizenship!”

The international diversity among our colleagues is one of the factors that make working at USW such a rewarding experience. We are all happy these hard-working, cheerful people share our dedication to the farmers we represent and their overseas customers, and we offer them warm congratulations on becoming U.S. citizens!