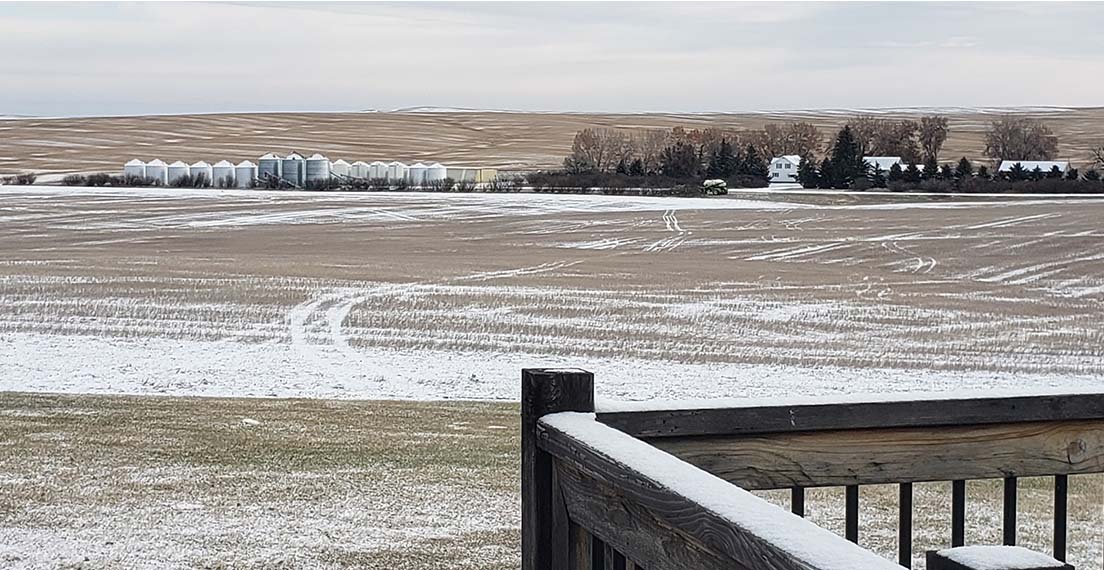 When U.S. Wheat Associates (USW) reached out to the industry, however, the experts expressed some familiar optimism about next year’s crop, despite challenges in the field.

Too cold, too dry. Southwest Kansas and parts of Colorado and Oklahoma are bone-dry and cold.

“Some of the crop that was planted emerged then shriveled, and some of the crop planted in dry soil is behind on emergence. At this rate we won’t have a lot of fall tillering and the winter wheat won’t be as hardy through the winter,” says Dr. Romulo Lollato, Assistant Professor of Agronomy, Wheat and Forage Extension Specialist at Kansas State University.

This could impact wheat survival and yield as temperatures begin to drop. A lower water profile in Western Kansas following this year’s corn harvest will lead to decreased winter wheat planted area, according to Lollato. However, in central Kansas, there was enough soil moisture to support the winter wheat planted around or before the optimal planting dates.

“I’d say about 30 percent of the state’s wheat is in rough shape due to extreme dryness, 10 to15 percent is in good shape and the rest could go either way,” says Lollato.

Producers in southeastern Colorado are facing the same challenge as producers in western Kansas. Planted area could decrease slightly below last year’s 2.15 million acres (0.85 million hectares) due to moderate drought and depressed commodity prices. The HRW planted area in northeastern Colorado is also expected to be slightly down compared to last year, according to Brad Erker, Executive Director of the Colorado Wheat Administrative Committee, due to prices, some movement to spring crops and pressure on acres from the wheat stem sawfly.  Most of the winter wheat in the northeastern part of the state is emerged thanks to decent soil moisture levels at planting.

It is also extremely dry and cold in the western part of Oklahoma, which hinders HRW growth and development.

“But early dryness, paired with anticipated precipitation, could actually lead to stronger root development in the long run. And long term, it could be a mild winter which would help the crop,” says Mike Schulte, Executive Director of the Oklahoma Wheat Commission. 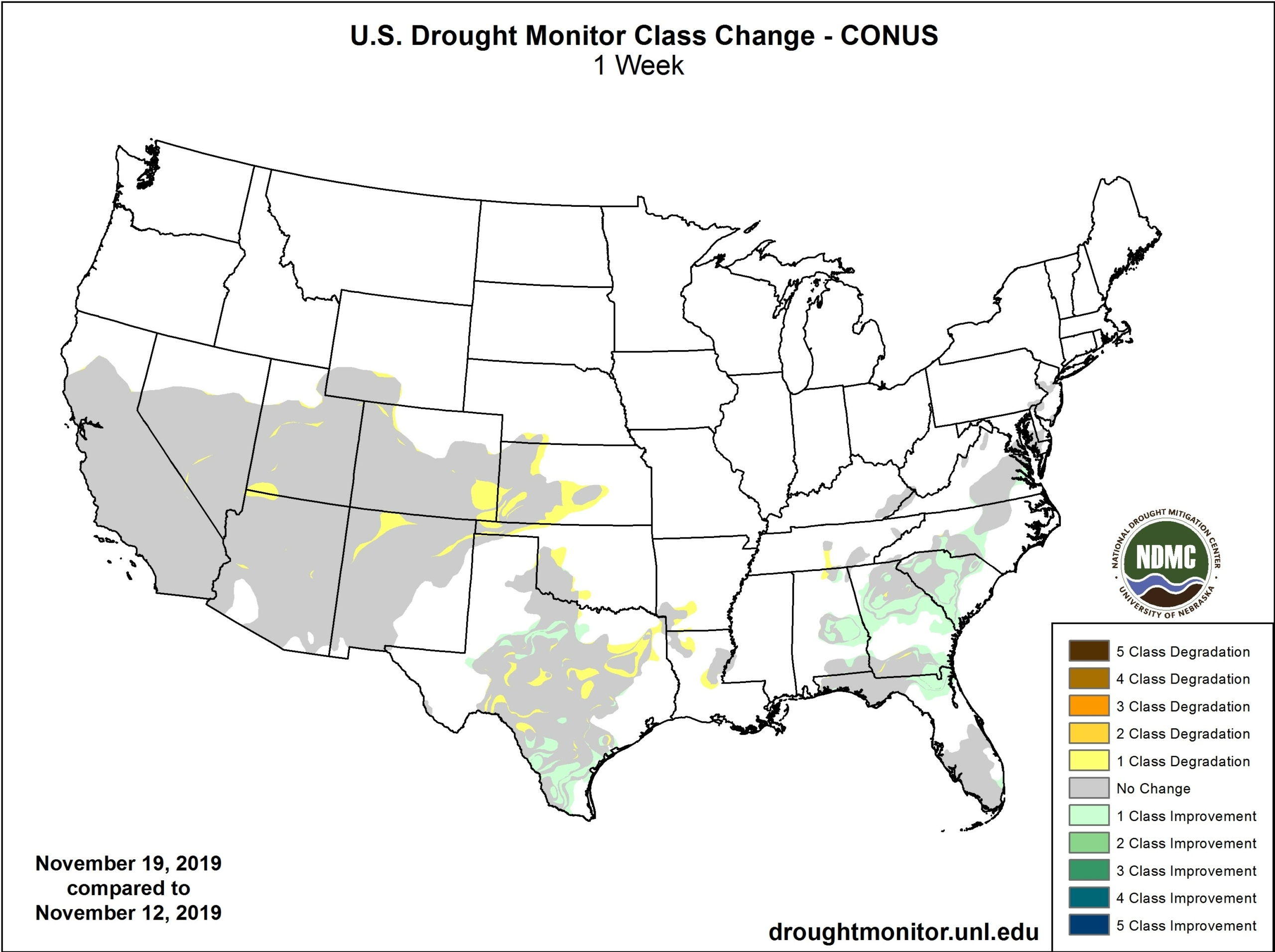 Too Dry. Drought conditions are worsening in southwestern Kansas, southeastern Colorado and the western Oklahoma Panhandle. Central and northern Texas is drying out, too.

Too cold, too wet. In the northern half of the Great Plains, the story is just the opposite.

“We have had a lot of challenges this year—emergence is behind the 5 year average due to weather, and the wheat that is out of the ground is getting a slow start,” says Cassidy Marn, Interim Executive Vice President of the Montana Wheat and Barley Committee.

“There is just not much coming out of the ground,” says Marn “It should be about five inches tall and well established, but you drive around and do not see much wheat up and growing at all.”

According to Reid Christopherson, Executive Director of the South Dakota Wheat Commission, “We’ve had near record precipitation this year which prevented winter wheat planting in some areas. We expect lower winter wheat acres this year due to extreme wetness and difficult marketing conditions.”

However, Reid adds, nearly 100% of South Dakota’s wheat is emerged and about 70% of it is rated as good to excellent.

Worst Case Scenario. Mother Nature was not kind to many farmers at harvest this year. Past USW Chairman and Vida, Mont., farmer Leonard Schock shared this sad image of what heavy snow did to a mature wheat crop that had exceptional yield potential.