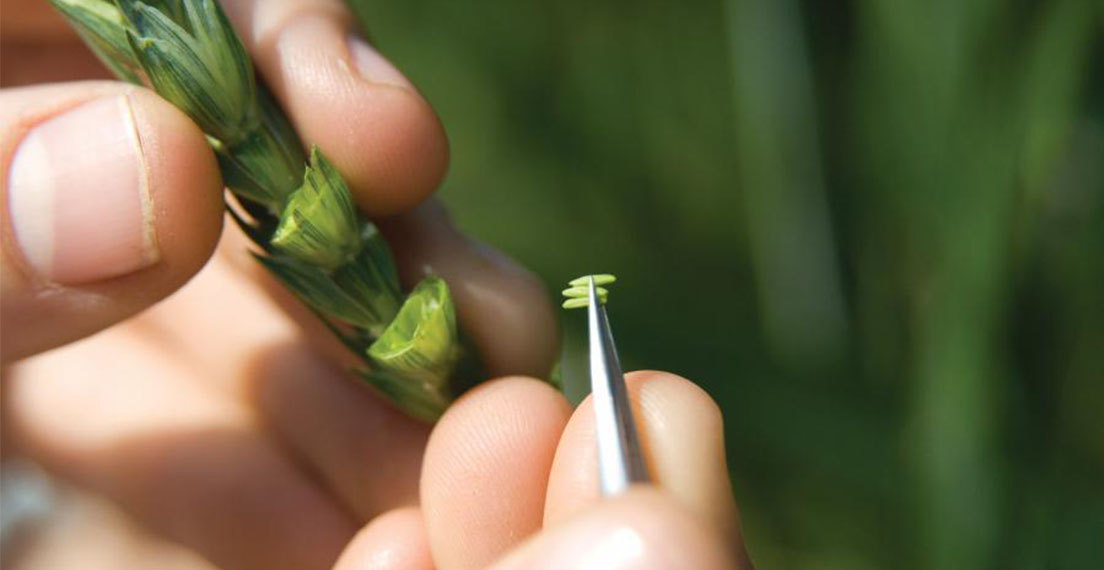 Each year the United States exports, on average, 25 to 35 million metric tons (MMT) of wheat, which accounts for roughly 50 percent of the annual crop. This makes the voice of overseas customers important to wheat research. To demonstrate that importance, four wheat breeders will travel with U.S. Wheat Associates (USW) to Asia, April 18 to 26, 2015, on a Wheat Quality Improvement Team (WQIT).

The team will visit with buyers and end-users in Japan, Korea and Thailand to listen and exchange ideas. Their primary goal will be to gather input on wheat quality from key customers to inform their own research and to share what they learn with other U.S. wheat breeders upon their return. They will also share the successful efforts of the U.S. wheat industry to improve the quality of newly released varieties.

“It is vital that we actively listen to and respect the needs of our overseas customers,” said USW Vice President and West Coast Office Director Steve Wirsching, who will lead the team. “The impact breeders have on the industry and the livelihood of farmers is huge. Ultimately, if a variety offers higher yield potential but does not have strong milling or baking qualities that domestic and overseas customers need, farmers will feel that impact.”

This is the fourth WQIT led by USW. In 2004, a similar trip was made to Asia, followed by Latin America in 2009, and Europe and North Africa in 2010. State commissions in Oregon, Washington, North Dakota and Minnesota identified and sponsored top wheat breeders from their land grant universities to join this team.

Dr. James Anderson is a professor in wheat breeding and genetics at the University of Minnesota where the program he leads researches genetic investigations of complexly inherited traits, including disease resistance and grain quality, and incorporating disease and pest resistance into new cultivars using marker-assisted selection.

The WQIT is a part of a larger USW effort to address the quality of exported wheat and the needs of importing countries. It is a logical next step to a 17-year-old program called the “Overseas Variety Analysis” or OVA program. Through OVA, USW cooperates with millers and bakers to compare the performance of flour from newly or soon-to-be released U.S. wheat varieties to the local country’s standards. Results — both good and not-so-good — are shared with breeders and with state wheat commissions who develop recommended variety lists for wheat farmers. USW currently works with 22 OVA cooperators around the world. During the upcoming trip, the team will participate in an OVA workshop at the UFM Baking School in Bangkok, Thailand, to hear directly from several Asian cooperators.

USW is the industry’s market development organization working in more than 100 countries. Its mission is to “develop, maintain, and expand international markets to enhance the profitability of U.S. wheat producers and their customers.” USW activities are made possible through producer checkoff dollars managed by 19 state wheat commissions and cost-share funding provided by USDA’s Foreign Agricultural Service. USW maintains 17 offices strategically located around the world to help wheat buyers, millers, bakers, wheat food processors and government officials understand the quality, value and reliability of all six classes of U.S. wheat.