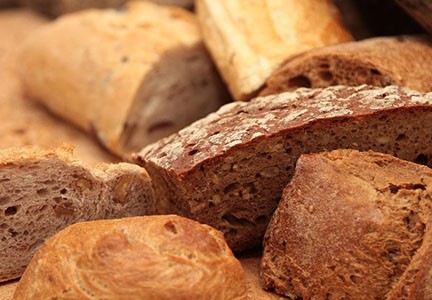 The New Year always brings out trade and consumer media coverage of best products and trends from the previous year and the year ahead. As 2018 dawned, some pundits put wheat foods in a prominent place.

The media company Bloomberg, for example, named bread as its “Dish of the Year for 2017.”

“Restaurants and bakeries have shown what can truly be done to make bread a culinary wonder,” they wrote.

Freshly ground, whole wheat flour gets a lot of credit for the trend (obviously a narrow slice of the U.S. market), but Bloomberg took a longer view, also.

“One of the biggest cookbooks in 2017 had bread as its focus. ‘Modernist Bread,’ a sprawling, five-volume work, provides a revolutionary new understanding of one of the most important staples of the human diet, bread,” Bloomberg noted. “The collection offers comprehensive information on the subject of bread, from its history, to its science and physics, to techniques and recipes that will astound bread enthusiasts.”

The U.S.-based National Restaurant Association raised the humble doughnut to celebrity status in its “What’s Hot – 2018 Culinary Forecast,” a survey of 700 professional chefs on “hot trends on restaurant menus in the year ahead.”

“When we think of doughnuts, we tend to conjure up images of glazed treats filled with vanilla cream,” the association noted. “But in 2018, more creative options abound. How does a cheesecake-stuffed doughnut, topped with raspberry jam, sound? … that’s what we’re talking about.”

“Fortune” magazine’s food trends for 2018 suggested an “era of permissibility” is afoot with a fusion of different foods including sushi croissants to pasta donuts.

“The salmon roll wrapped inside croissant dough, sometimes called the “croissushi,” debuted this year at Mr. Holmes Bakehouse in Los Angeles,” editors exclaimed. “The spaghetti donut hails from the East Coast, made from pasta, eggs, and cheese fried into a donut shape for hand-held ease.”

We suspect the farmers USW represents, flour millers and wheat food companies around the world like the direction this is headed.