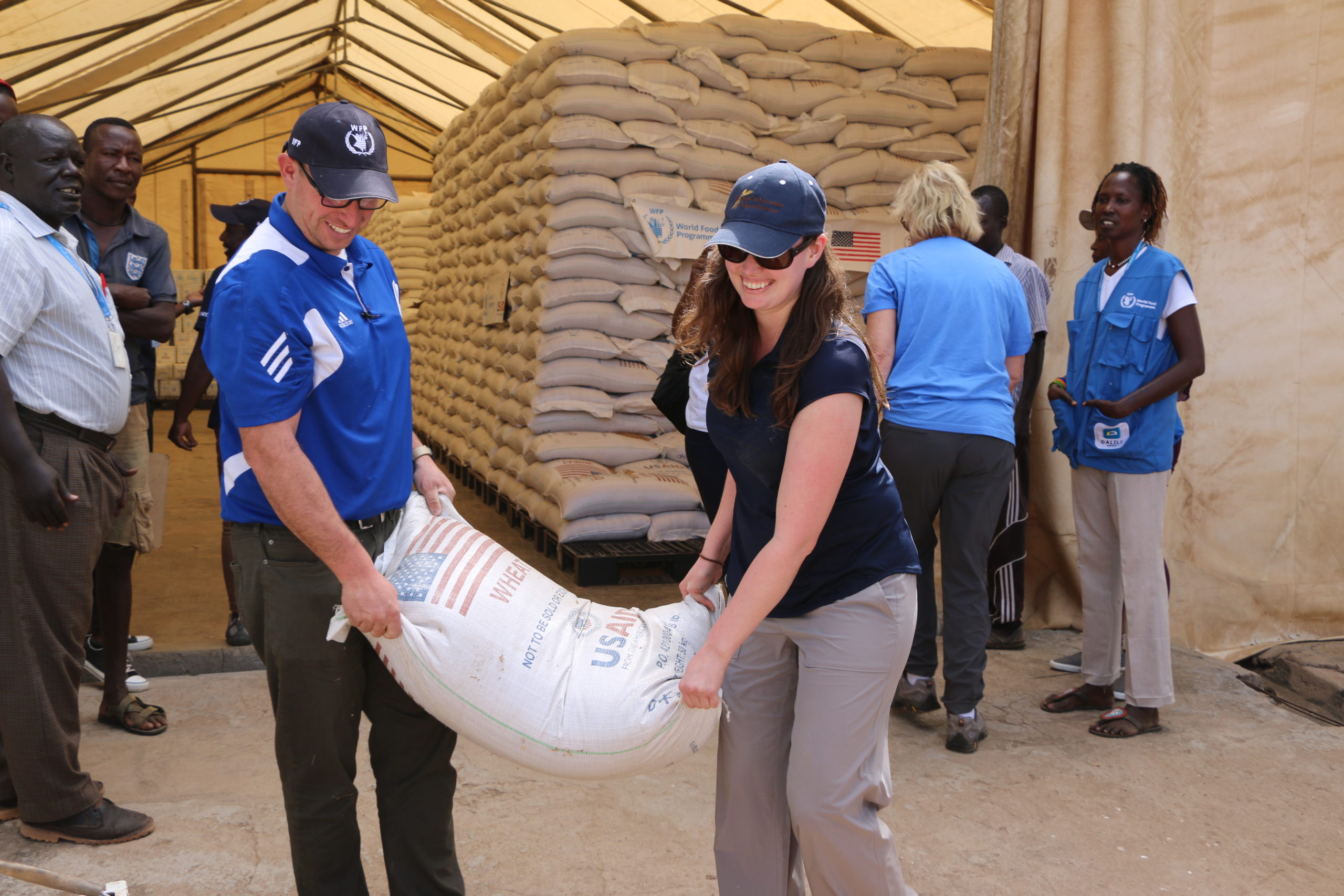 WFP USA is the U.S.-based organization associated with the United Nations World Food Programme (WFP) which was awarded the Nobel Peace Prize for 2020 “for its efforts to combat hunger, for its contribution to bettering conditions for peace in conflict-affected areas and for acting as a driving force in efforts to prevent the use of hunger as a weapon of war and conflict.”

USAID “leads the U.S. Government’s international development and disaster assistance through partnerships and investments that save lives, reduce poverty, strengthen democratic governance, and help people emerge from humanitarian crises and progress beyond assistance.”

“I think it is important to say that one of the first shipments of food aid our organization made was in 1961 after an earthquake in Northern Iran, and it was 1,500 metric tons of U.S. wheat,” she said.

Katie McKenna, Policy and Program Coordinator Officer with USAID, reported that USAID’s Bureau of Humanitarian Assistance (BHA) has procured 697,280 metric tons of U.S. wheat, including a small amount of flour, in fiscal year 2020. That represents nearly 47 percent of all commodities purchased by BHA and makes wheat the largest commodity used in emergency and non-emergency food assistance. Of that total, more than 58 percent was in-kind soft white wheat destined for Yemen. The organization also sent U.S. hard red winter wheat and flour to Ethiopia (41.7 percent of the total) and Djibouti. 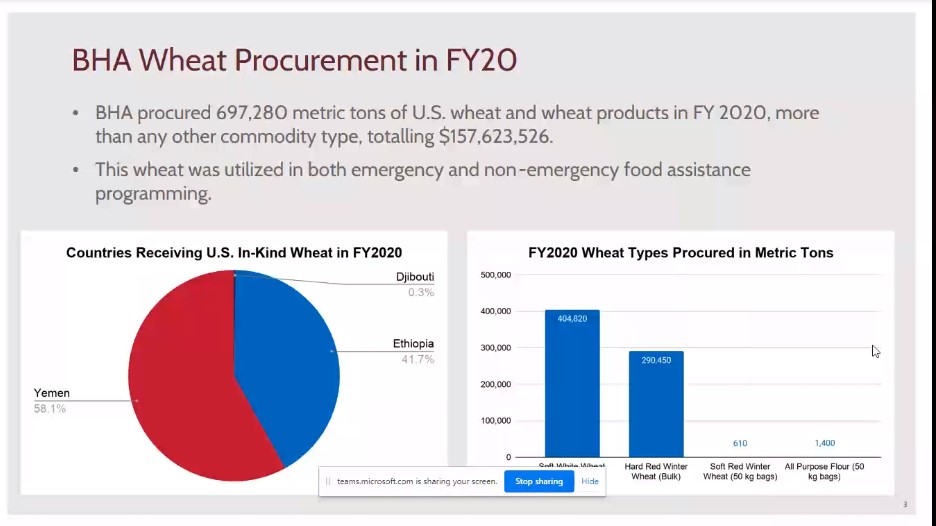 Unfortunately, there is no let-up in the need for food assistance in the world.

“Food security is not improving,” McKenna said. “Natural disasters, conflicts and now the COVID-19 pandemic have increased the vulnerability of millions. Yemen is the best example and I believe our agency and the World Food Programme are doing heroic work providing and distributing food for 8.2 million people there.”

In fact, on Nov. 6, USAID announced that it intends to grant $20 million to the WFP to purchase approximately 65,600 metric tons of wheat for the people of Sudan to help alleviate shortages of flour and bread in the Khartoum region.