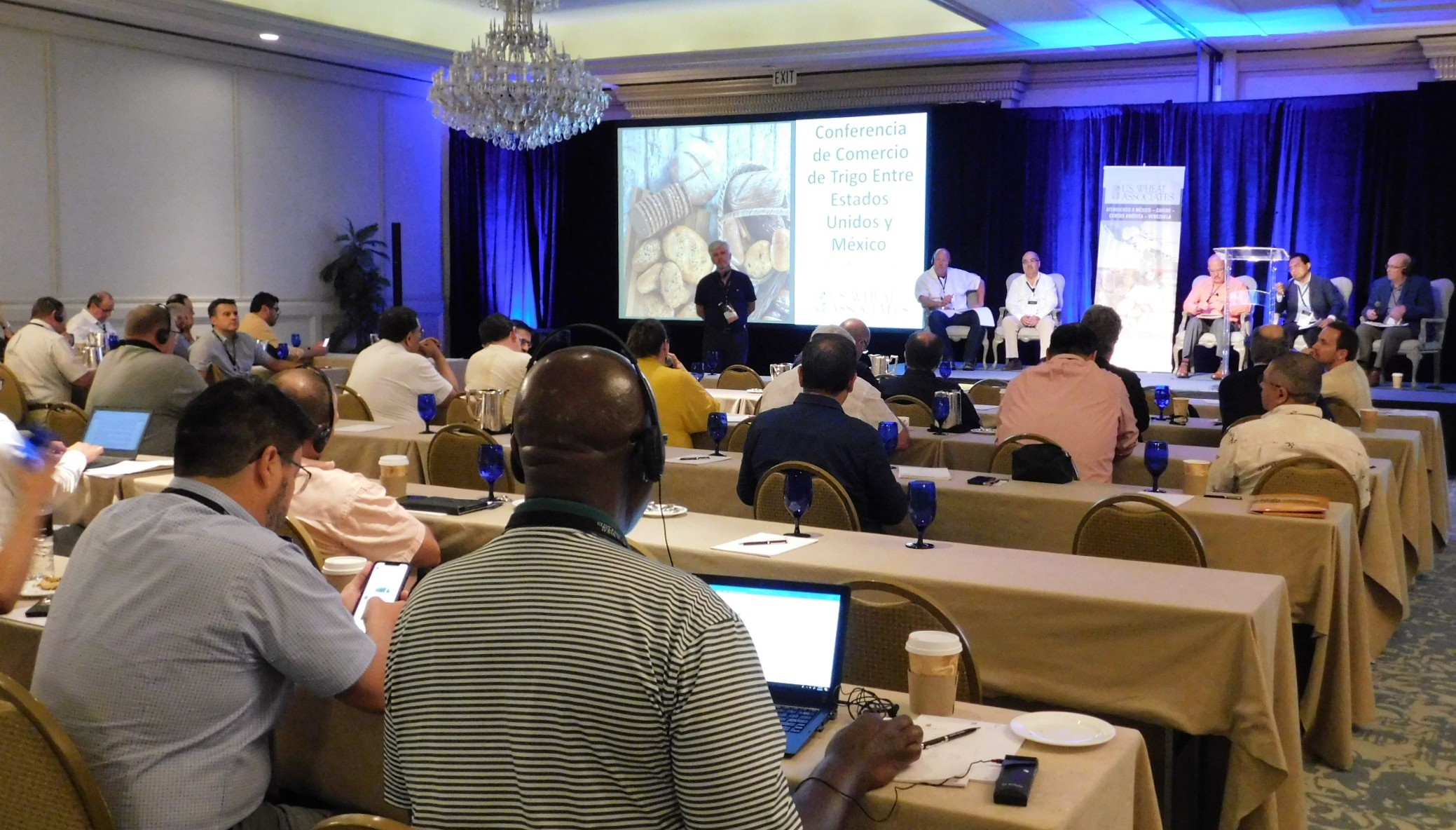 USW President Vince Peterson noted that the conference showed USW and its Mexican customers that shared challenges could bring them closer together to help navigate the policy issues and increase the efficiency and value of Mexico’s U.S. wheat purchases.

With so many logistical options for delivering wheat to Mexico, USW Regional Vice President Mitch Skalicky and his colleagues based in Mexico City who planned the conference emphasized commercial rail issues and opportunities in the program.

The flour millers that attended the conference in Cancún represented about 80% of the total 2018/19 U.S. wheat commercial sales to Mexico reported by USDA. José Luis Fuente is president of the millers’ national association and offered an inspired appeal to work together to tell officials in both countries that export opportunities must be improved, not restricted. He said his members know that U.S. wheat farmers, USW and USDA have done many things to tell that story. He added that this is a partnership based on affection that is backed by actions, but actions are more needed now in this unusual trade environment.

Video reports from the USW Mexico Wheat Trade Conference are posted on YouTube at https://www.youtube.com/user/USWheatAssociates.