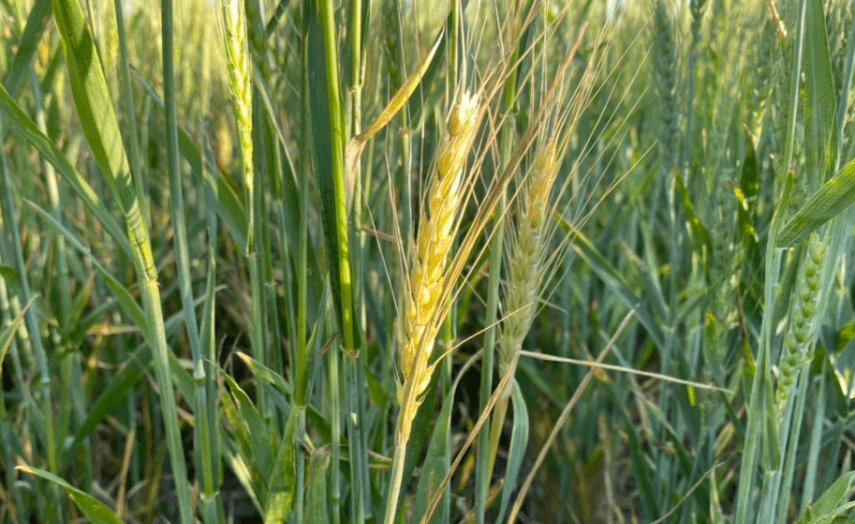 Each year in May, the Wheat Quality Council (WQC) hosts a three-day winter wheat tour across Kansas and parts of surrounding states to assess hard red winter (HRW) wheat conditions and yield potential. For the past 50 years, caravans of industry stakeholders including farmers, journalists, economists, millers, traders and agronomists have joined together to report on the crop.

This year, with the uncertainty of the COVID-19 pandemic, WQC could not conduct the traditional tour. Instead, Kansas Wheat and K-State Research and Extension (KSRE), in conjunction with the Kansas Department of Agriculture, and other industry partners held a virtual wheat tour.

Instead of the traditional process, a small group of crop scouts surveyed hundreds of fields in Kansas between May 18 and May 21, and estimated environmental, disease and pest pressures and yield potential by region and for the whole state. These estimates represent a snapshot in time and are subject to change with environmental developments.

Stakeholders followed the tour closely through social media (#wheattour20) and in summaries conducted on the Zoom conference service at the end of each day. The event started with some trepidation as drought in the western third of the state, dryness in the state’s central corridor and broad freeze damage in April had raised concerns about what scouts would find.

“Overall, the crop was in better condition than I personally was expecting,” said Justin Gilpin, CEO, Kansas Wheat. “The last two weeks of moisture have really aided secondary tillers emerging in the central corridor and heads are filling with the added moisture.”

According to Kansas Wheat, the state’s north-central district has been plagued by spring drought, and stripe rust and barley yellow dwarf are starting to emerge. The spring freeze also had a significant effect on the crop in that area. The tour estimated the average yield potential for north central Kansas at 41.1 bu/acre (2.76 MT/ha).

“Quality-wise, good rains will help with yield and test weights in the central corridor,” said Gilpin. 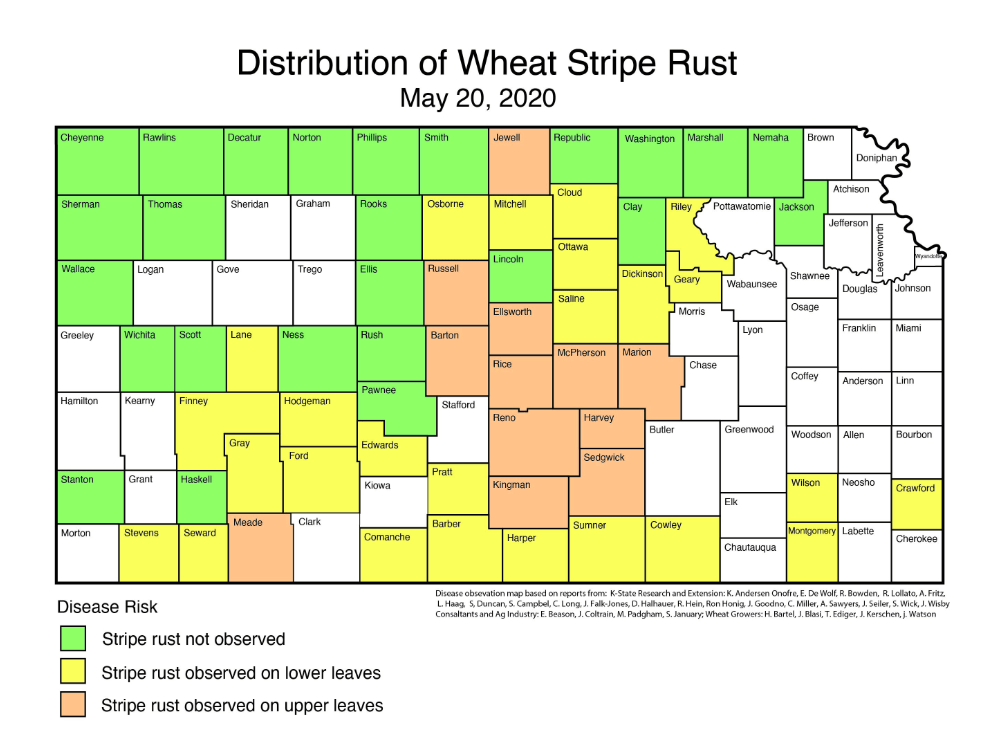 The crop looked better in northwest Kansas but was still variable. Jeanne Falk Jones, Multi-County Extension Agronomist, KSRE said, “April took a toll on the wheat crop this year with all the cold temperatures.”

She reported cosmetic leaf burn from cold temperatures on April 2 and 3, and again April 12 to 15. The area has suffered from drought stress, weed pressure due to thin stands, low pressure wheat streak mosaic virus, tan spot and stripe rust. The average yield potential was 51.7 bushels per acre (3.48 MT/ha).

In west-central and southwest Kansas, the driest parts of the state, the wheat is thin and short. Gary Millershaski, Kansas Wheat Commissioner from Lakin, Kan., reported that many acres of wheat had been abandoned due to extreme drought conditions in the spring and fall. In addition, planted acres were already down significantly in the area. He said only 30 percent to 40 percent of wheat in the area emerged before winter, which had a negative effect on yield potential. 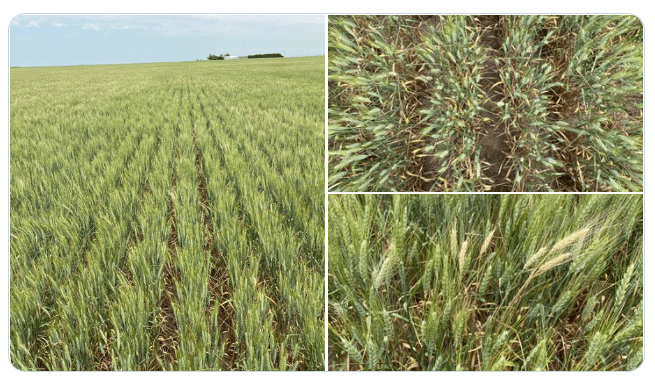 Buyers should keep in mind that crop yield and grain protein content are generally inversely related. Fields that were fertilized for 50.0 bu/acre (3.36 MT/ha) that end up with lower yields should produce a crop with higher protein levels.

“It is amazing how the crop was still holding on, holding out hope for just one shot of rain. Cool night temperatures have helped the wheat from burning up. In those areas of 20 to 25-bushel wheat, if it catches a rain, it may run up to 35 bushel wheat, which is an amazing testament to the wheat varieties,” said Gilpin.