U.S. farmers working hard to produce six distinct, high-quality classes of wheat must manage a multitude of risks to put bread on tables at home and across the globe. Beyond the agronomic and economic challenges, the decisions and policies of the U.S. government and international trade policy have affected wheat farm families for decades.

In April 1950, Clifford R. Hope was a U.S. Congressman from Garden City, Kan. He told wheat farmer leaders that “there are many questions that come before Congress that need answering by wheat-oriented people.” He was speaking to farmers meeting in Kansas City, Mo., who would go on to create the National Association of Wheat Growers (NAWG) to represent the interests of wheat farmers with members of Congress. After leaving Congress, Hope was hired as the first president of Great Plains Wheat.

As U.S. wheat stocks piled up, the government created federally managed grain reserves and in 1954, with support from NAWG and state wheat associations, the U.S. Congress passed Public Law (PL) 480 to help expand exports of surplus agricultural products. This was a huge incentive to form commissions and, by 1960, to create Great Plains Wheat and Western Wheat Associates to promote U.S. wheat in designated countries under PL 480 and other commercial overseas markets. The final details of the merger that created U.S. Wheat Associates (USW) were developed on the sidelines of a NAWG conference in 1980.

In many ways, NAWG and USW have grown up together. In coalition with its state wheat associations, NAWG lobbies Capitol Hill and the Administration on behalf of U.S. wheat growers. USW works to develop and maintain export markets.  While their missions are different, they share a goal to work for the common good of U.S. wheat farm families.

“This is a positive relationship where each organization’s role helps the other,” said NAWG CEO Chandler Goule. “For instance, NAWG is able to lobby to Congress in an effort to create policies that improve the livelihoods of wheat farmers. USW cannot lobby members of Congress but does have the capabilities to promote wheat abroad, creating international markets where U.S. wheat farmers sell their crops. Both organizations are essential.”

As the wheat industry continued to develop domestically and abroad, both organizations continued evolving to meet farmer needs. As with any long-term partnership, the relationship at times proved challenging. Yet with the positive influence of the farmers who fund and direct each organization, NAWG and USW have worked through any issues to work more closely in representing the U.S. wheat industry.

“Working together means we can share resources and provide a better voice for our farmers and our customers abroad,” said Ron Suppes, Dighton, Kan., wheat farmers and the 2007/08 USW Chairman. 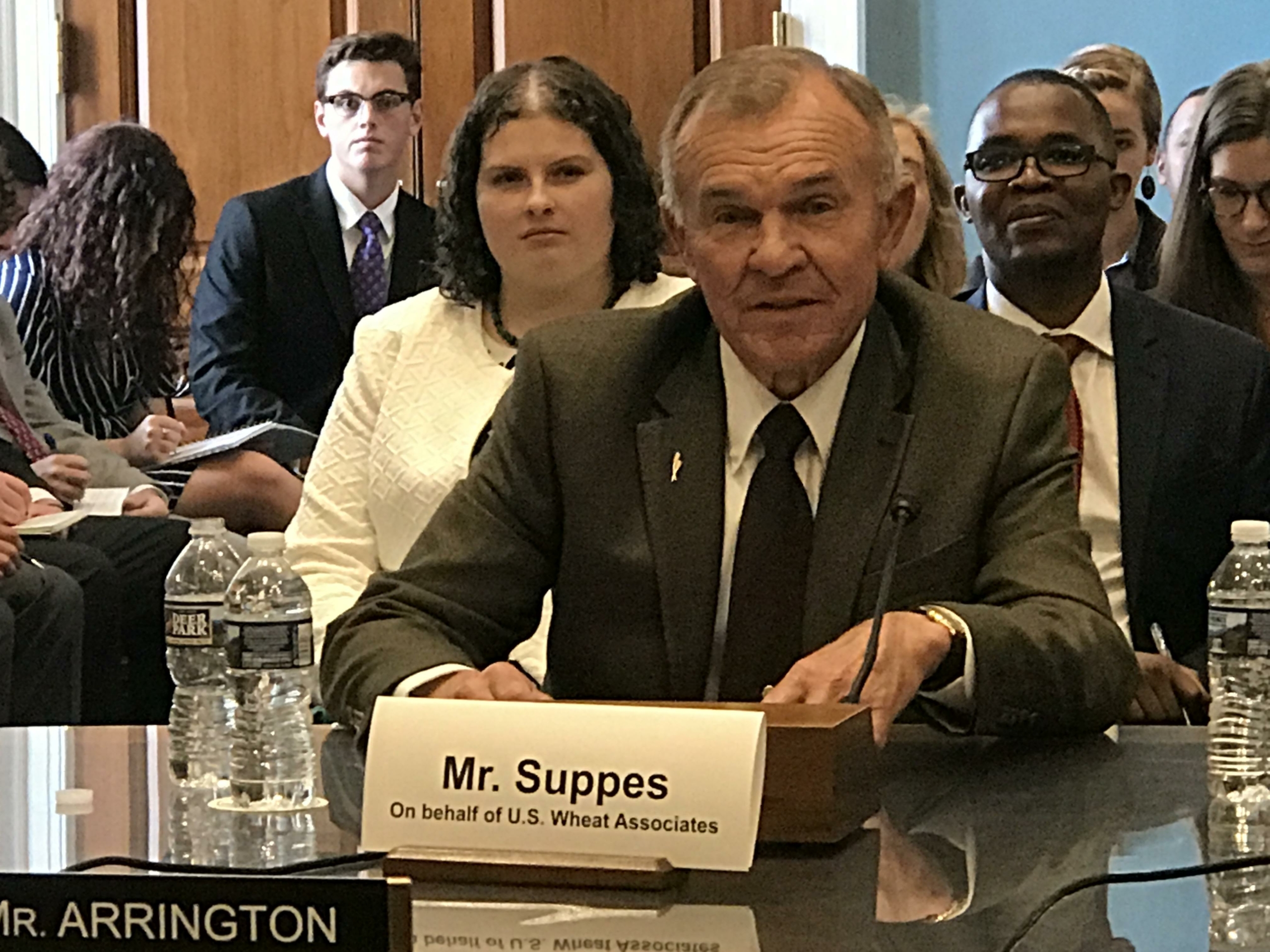 Kansans Ron Suppes (above, testifying on Capitol Hill on the crucial role of wheat in food aid programs) and John Thaemert established joint board meetings when they were leading USW and NAWG in 2007/08.

As USW Chairman, Suppes worked with fellow Kansan and NAWG President John Thaemert to establish joint board meetings of the two organizations. Today, that effort has evolved into two joint board meetings each year and joint committees that evaluate and propose policies that cross over both U.S. government oversight and the NAWG and USW missions, such as trade policy, wheat breeding innovation, food aid and wheat quality. 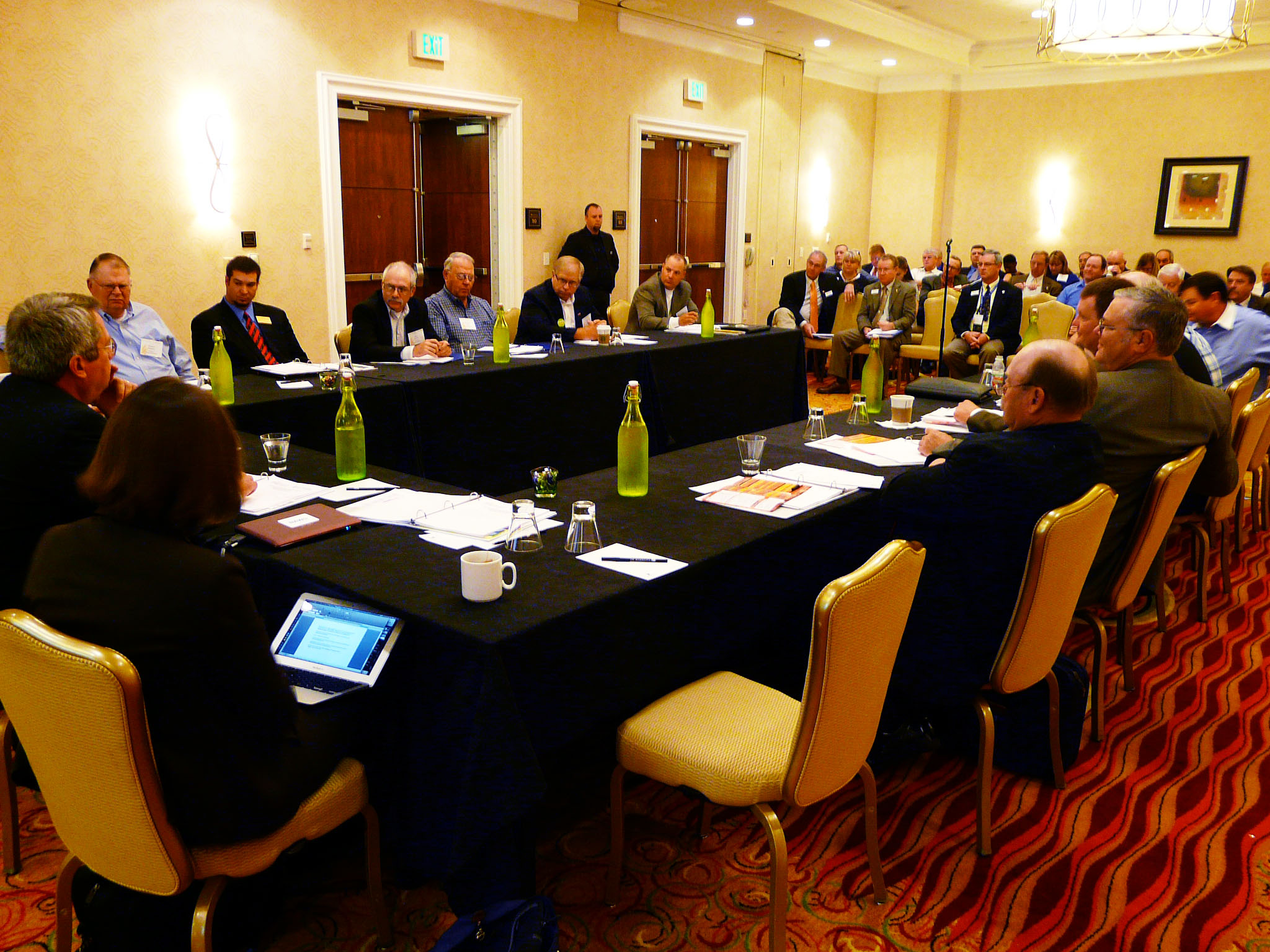 “The committees are critical for both organizations,” said USW President Vince Peterson. “They really get into the details of policy issues and it is where some of the main collaboration between the two organizations happen.” 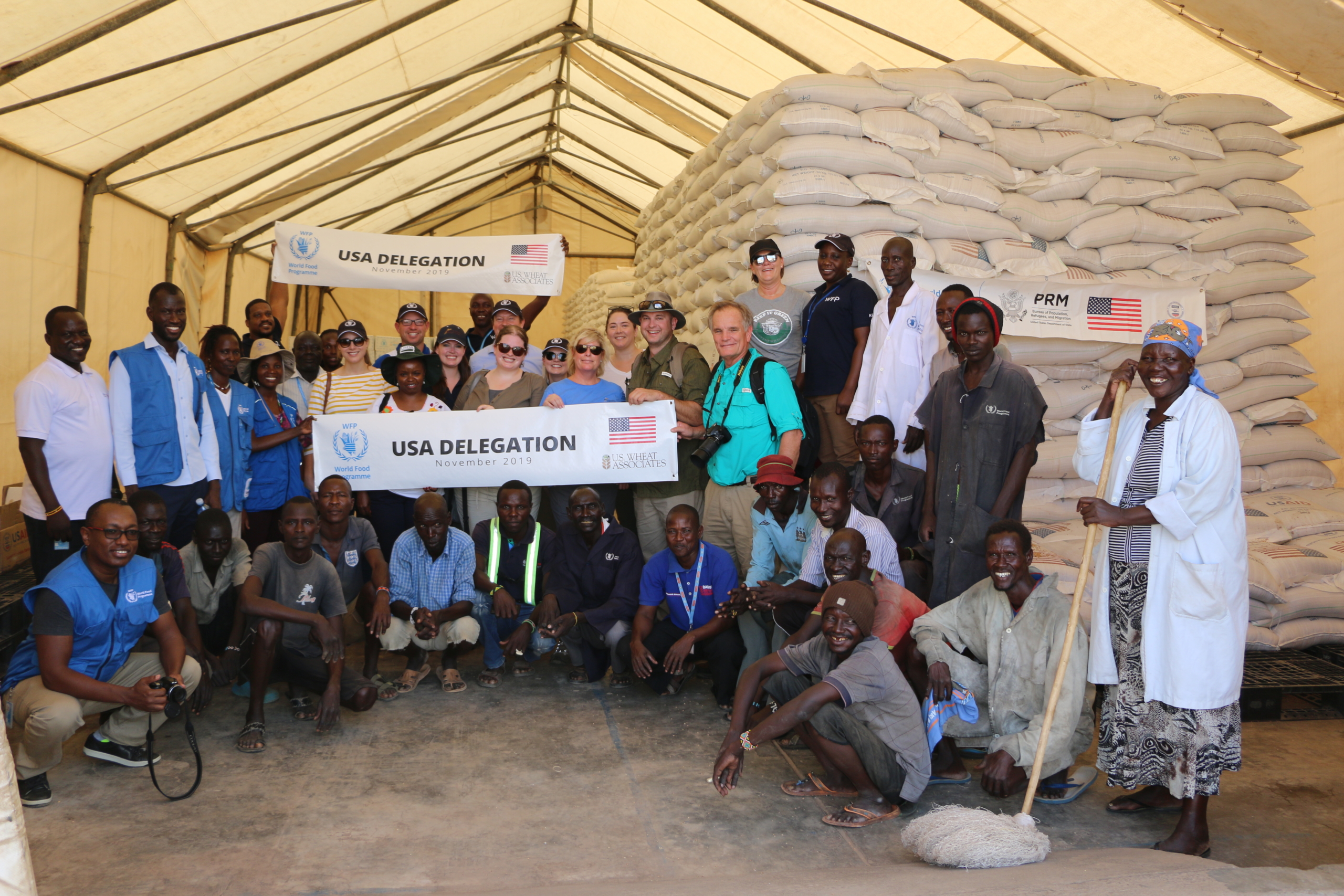 In Kenya, November 2019, representatives of NAWG and USW visited a refugee camp to observe direct donations of U.S. wheat by the World Food Programme. U.S. rice and sorghum organizations also participated in the visit to Kenya and Tanzania.

Policies developed in these joint committees and working groups are reviewed and approved by each organization’s full board of directors. Often, these policy positions are shared publicly through joint statements shared with domestic and international media, such as on trade agreements and wheat breeding innovation.

In addition, “every month, the top leaders of each organization get on a call to discuss our shared priorities,” said Dave Milligan, a wheat farmer from Cass City, Mich., and current President of NAWG. “I feel both organizations are realizing more and more that when we work together, we are able to move the wheat industry forward and make it prosperous.” 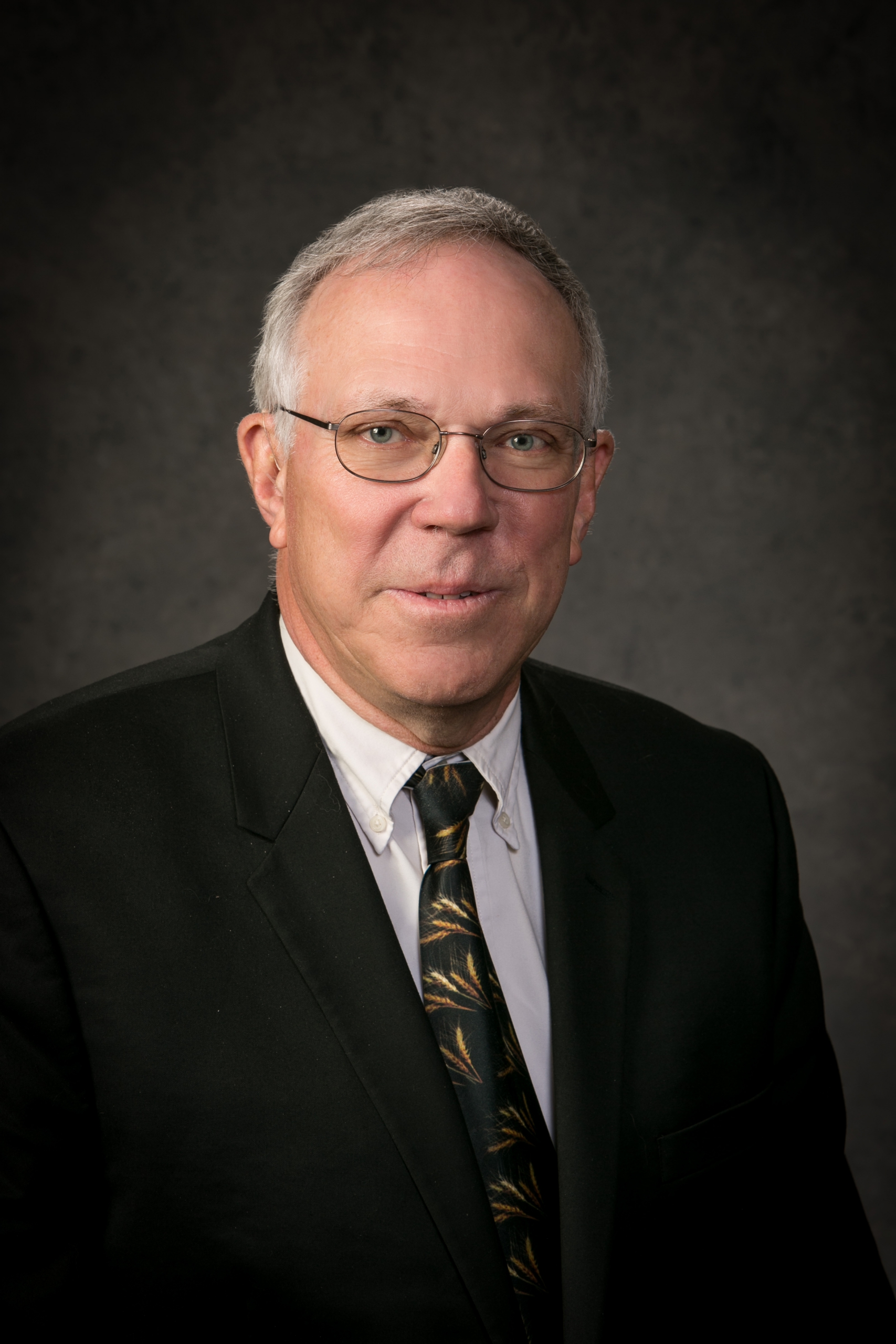 “With shared trade issues, technological changes and economic stresses, there has never been a more important time for all wheat farmers in the country to work together,” said Darren Padget, a wheat farmer from Grass Valley, Ore., and current USW Chairman. “I am glad that our two organizations continue to lead the way, together.” 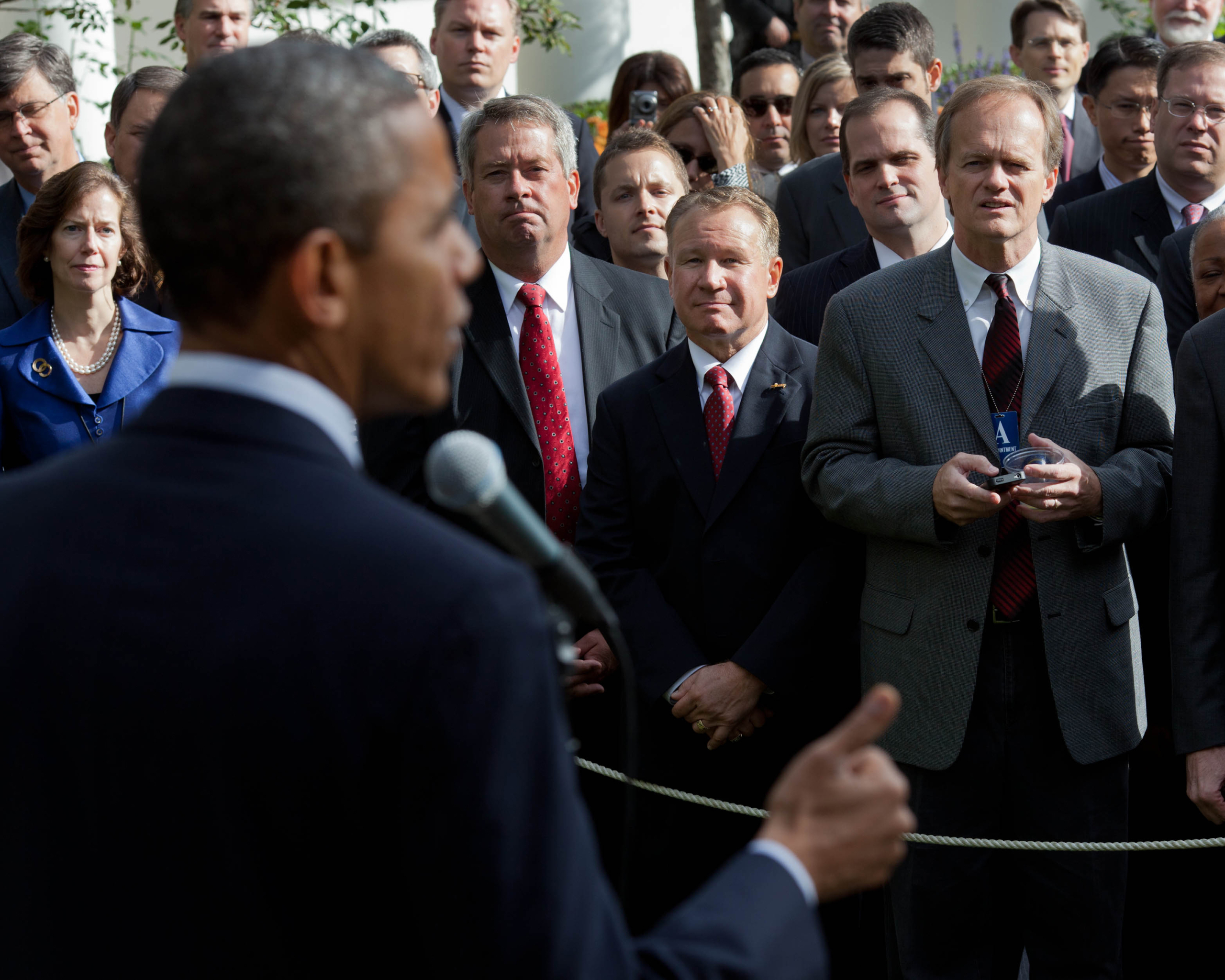 Then NAWG President Wayne Hurst (center,  just right of Pres. Obama) and then USW Chairman Randy Suess (just right of Hurst) represented wheat growers at a reception celebrating the signing of the Trade Adjustment Assistance (TAA) for workers, and the Korea, Panama and Colombia Free Trade Agreements, in the Rose Garden of the White House, Oct. 21, 2011. Official White House Photo by Pete Souza.