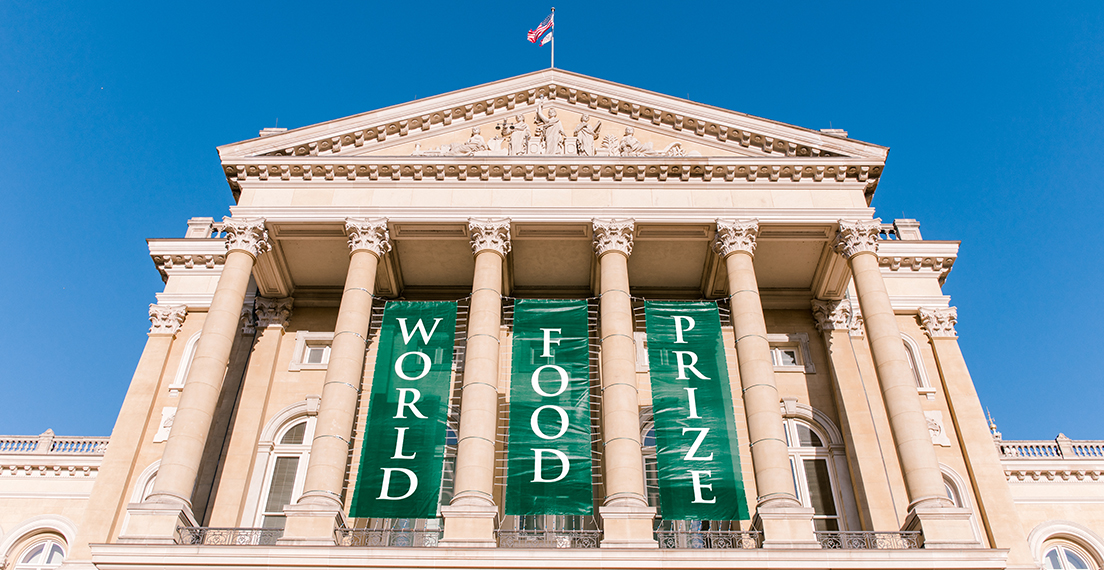 In its 2018 Global Agricultural Productivity (GAP) Index, the Global Harvest Initiative has reported that food production growth is not keeping up with the rising population pressures. The past four years, the index has reported a similar trend, and that gap is widening.

This is one reason why the theme of The 2018 World Food Prize and Borlaug Dialogue Oct. 15 to 19 in Des Moines, Iowa, was “Rise to the Challenge.” According to World Food Prize Foundation President Ambassador Kenneth Quinn, the theme references “the single greatest challenge in human history…whether we can sustainably feed the 9 billion people who will be on our planet in 2050.”

More than over 1,200 people from over 65 countries attend this annual event. The 2018 World Food Prize Laureates honored there were Dr. Lawrence Haddad and Dr. David Nabarro for their work to elevate maternal and child undernutrition in policy discussions and with development groups around the world.

The first 1,000 days of life, which encompasses the period of a child’s life from pregnancy to its second birthday, is the most critical developmental period for children. Malnutrition in this window can lead to irreversible damage to a child’s brain development and physical growth, resulting in developmental delays and stunting. It also increases their risks of diseases later in life, including heart disease and diabetes.

For this reason, food security cannot be a conversation about increasing calories alone. It is vital that nutrition security is part of that discussion and part of any solution. By fighting malnutrition in women and young children, it is possible to break up the insidious cycle in which malnourished mothers give birth to malnourished daughters, who then grow up to be undernourished mothers. This not only benefits women, but also a country’s entire economy.

Wheat is a staple crop around the world and is thus an important part of this conversation. Not only does wheat make up 20 percent of calories in global diets, it also makes up 20 percent of protein on average. Additionally, whole wheat and fortified white flour provides essential nutrients, including niacin and iron. Fortified flours also include folic acid, thiamin, essential B vitamins and riboflavin. Whole wheat products are a great source of fiber and are naturally low in fat. They also contain key nutrients like selenium, potassium and magnesium.

U.S. Wheat Associates is proud to help our farmers’ high-quality wheat reach customers around the world, and we are also proud of our continued engagement on food security issues. Find more information about our policies and activities online here.