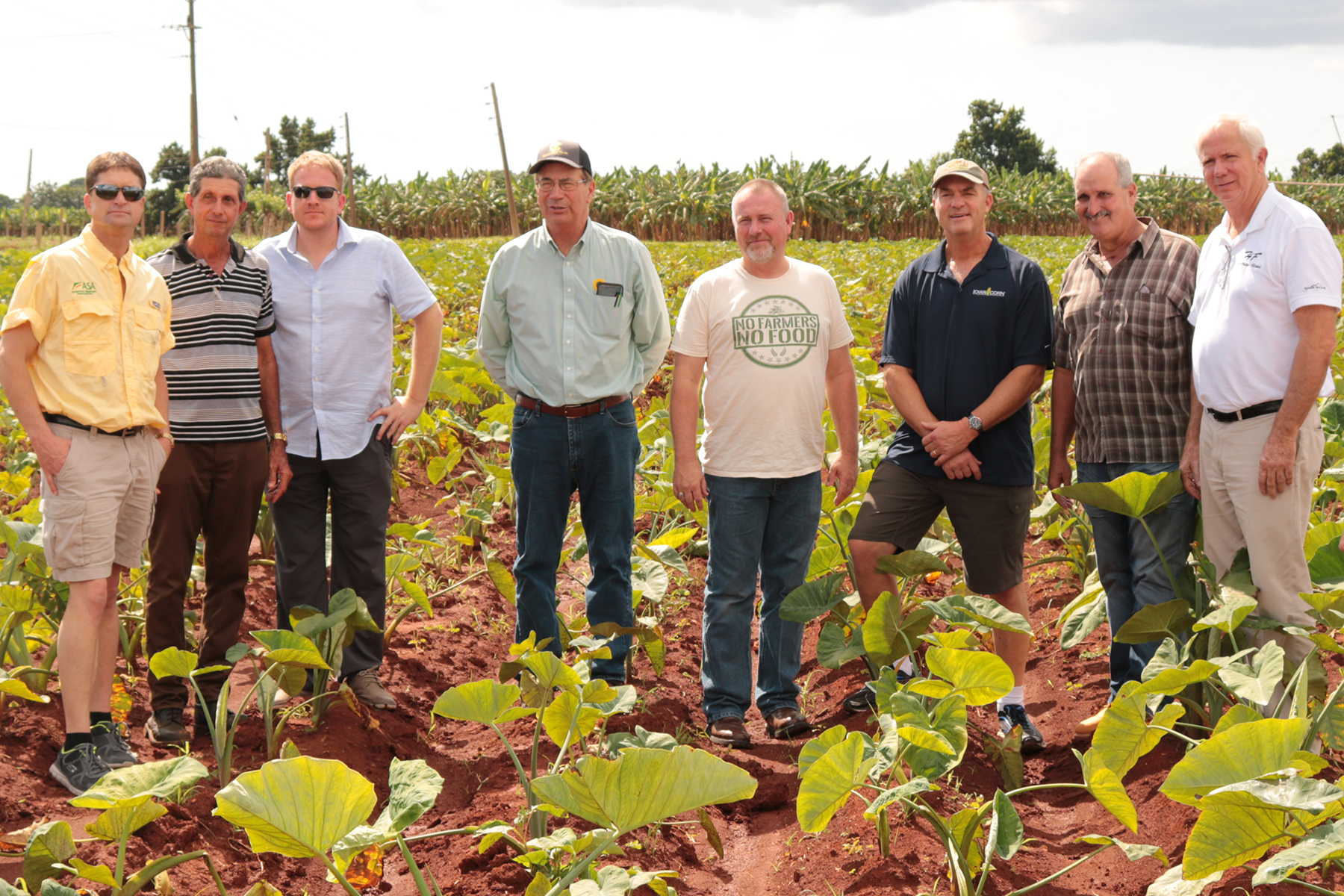 Delegates from the U.S. wheat, soybean, corn, poultry, potato, rice, sorghum and barley industries recently traveled to Cuba to meet with Cuban government officials and farmers. Kansas wheat farmers Doug and Terry Jo Keesling and Kansas Wheat Director of Communications Marsha Boswell represented the wheat industry at the Cuba-U.S. Agriculture Business Conference sponsored by the U.S. Agricultural Coalition for Cuba. The coalition believes that the improvement of agricultural trade between the U.S. and Cuba is the foundation for building successful and enduring relations between both countries.

Boswell reports* that the traditional Cuban diet is made up of rice, black beans, chicken, bread and locally-produced fruits and root vegetables. Much of the food must be imported including an estimated 30 million bushels of wheat the Cuban government currently imports from the EU and Canada. U.S. hard red winter (HRW) wheat is an ideal source for Cuba’s needs, but political choices on both sides related to the long-standing U.S. embargo (known in Cuba as el bloqueo, “the blockade”), prevent that trade.

Under the embargo, Cuba can buy certain U.S. products and may finance the purchases until the products arrive in Cuba, with one exception. Food purchases, which have been allowed since 2000, must be paid in cash up front, before the ships set sail.

Boswell said U.S. Congressman Rick Crawford of Arkansas, spoke to the group about pending legislation that would allow extension of credit terms from U.S. entities to Cuba to purchase food.  Half of the U.S. rice production is grown in his district.

He said, “It’s not about rice; it’s not about wheat; it’s not about chicken. It’s about U.S. ag commodities and market access to areas that have really been difficult for us, and this is a market that I would certainly like to see us participate in.”

After hearing from Cuban government officials who expressed interest in easing trade restrictions with the United States, participants visited a farmer’s market in Havana and toured two farmer cooperatives.

“We are far from reaching our potential. We need technology, modern equipment and timely inputs,” said the president of the first cooperative. For example, Boswell said he noted they know tilling the soil is bad for the land, but that the cooperative does not have the equipment needed to reduce tillage.

While planting genetically modified crops is not yet allowed in Cuba, there is research being done in laboratories. Boswell said Ambassador Juan Jose Leon Vega, Cuban Ministry of Agriculture, International Affairs Division, told the group, “It would be a benefit to the world if it was demonstrated that GMO was safe and could be planted to end hunger. There are 77 million hungry in Latin America.”

Amb. Vega also summarized the position of the Cuban government on trade.

“Farmers in the U.S. and Cuba can have better relationships,” he told Boswell and the other participants. “There is a strong distinction in Cuba between the American government and the American people. We want people to be able to do business together.”

“After visiting Cuba, it is clear that a consistent market for U.S. wheat can be developed in the country,” he said. “With global competition growing rapidly, ending the embargo and easing current regulations that restrict trade with Cuba could provide a much-needed boost for U.S. farmers.”

To read more about USW’s position on trade with Cuba, visit our website at https://www.uswheat.org/policy/trade-barriers/.

*Marsha Boswell’s report on the conference and a list of U.S. participants is posted here: https://kswheat.com/news/2018/11/16/us-farmers-visit-cuban-farms-discuss-future-relationships.