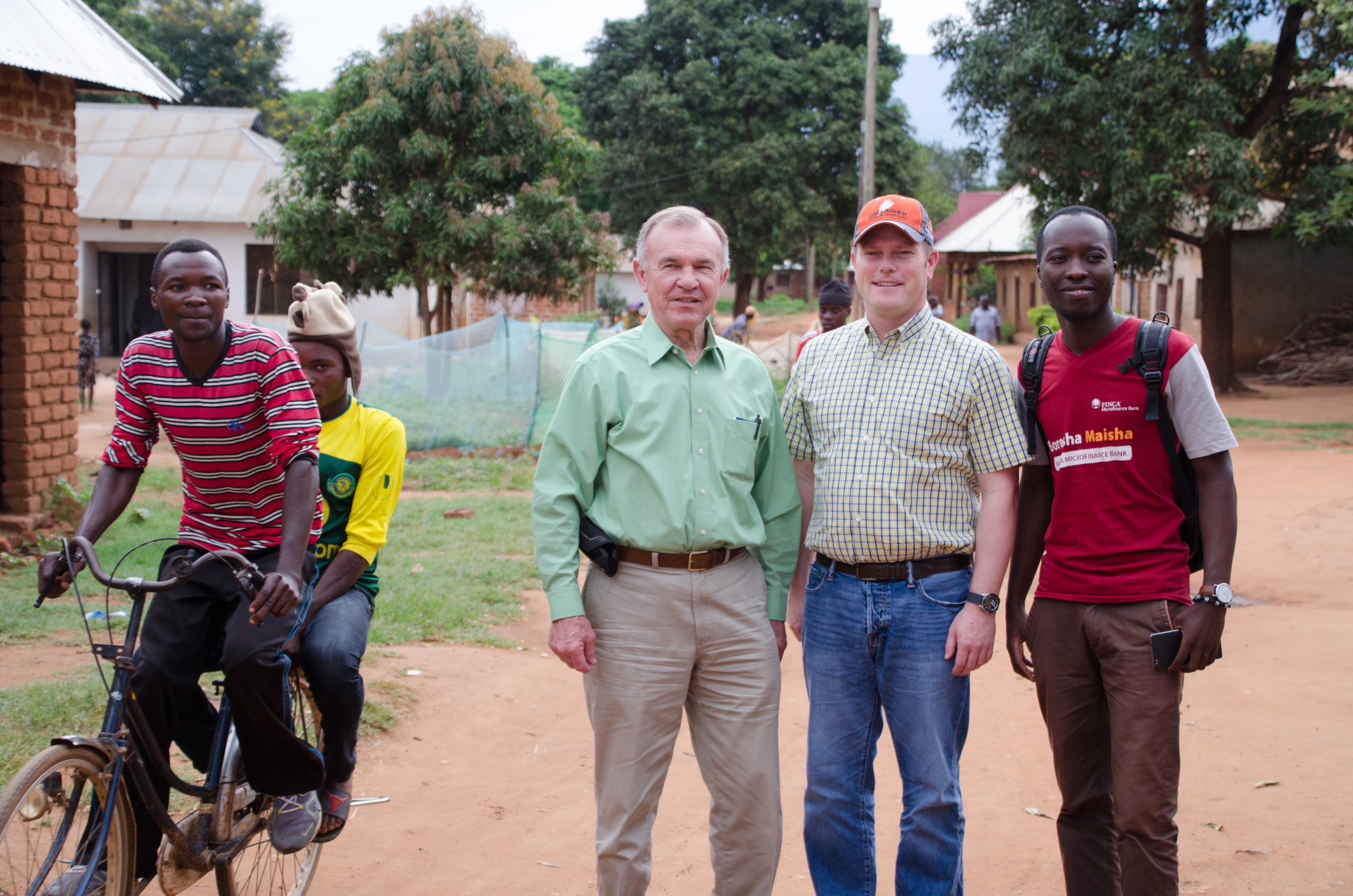 U.S. wheat farmers are proud of their commodity’s role in U.S. foreign aid around the world, and the U.S. Wheat Associates (USW) Food Aid Working Group (FAWG) works diligently to support U.S. international food assistance programs. Food aid has always been an important focus of USW’s policy work, both to ensure wheat’s appropriate use in programming and to help protect and expand U.S. food aid programs. Wheat makes up 40 percent of U.S. in-kind food donations, making it the most popular commodity for aid donations.

Tanzania is one of the least developed countries in the world, ranking 151 of 188 on the Human Development Index. Eighty percent of the population is involved in farming, typically at the subsistence level — and most farmers are women. Tanzania grows very little wheat and relies on imports to supplement that production. Those imports come primarily from Russia, but mills will buy smaller quantities of higher quality wheat for blending purposes, mainly from the EU, Argentina and Australia. USDA Food for Progress has five active projects in Tanzania focused on agricultural development, and wheat monetization funds four of those. In Tanzania, the team visited those four projects as well as the World Food Programme (WFP) and the mill that purchased the monetized wheat to fund the Food for Progress projects.

The team spent its first three days around Dar es Salaam. On the first day, the team met with Global Communities, which works with small and medium-sized enterprises in Tanzania, Kenya and Malawi. They also met with one of the project recipients, Basic Element, which is a corn and sorghum mill. Basic Element’s mill manager Abel Tabula said that with the help of Global Communities, they can source their inputs directly from smallholder farmers instead of relying solely on middlemen that aggregate purchases from smallholder farmers at a markup.

“We appreciate that the wheat we monetize comes from farmers,” said Simon Muli, Global Communities Deputy Chief of Party. “What you create in another part of the world is creating serious impact here.”

The team also met with Small Enterprise Assistance Funds (SEAF) to visit Hill Animals Feeds, one of their project recipients in Bagamoyo. Hillary Shoo started the company in 1993 and, with a loan from SEAF, he plans to increase his storage capacity, which will allow him to buy directly from smallholder farmers during harvest season.

The team spent an afternoon with WFP to learn more about emergency aid in Tanzania. USAID Food for Peace works with WFP to provide aid to refugee camps in the northwest region of the country, where there has been a recent influx of refugees from Burundi.

The team then spent a day at Bakhresa Mill and its baking facility to gain a better understanding of the wheat monetization that funds the Food for Progress projects. Bakhresa Mill purchased the wheat that funded four of the Tanzanian projects. Bakhresa’s Milling Director Arvind Shukla told the team that they fortify products going to poorer segments of the population, and purchasing the monetized wheat allows them to pass savings on to their consumers and sell their flour at a lower price. This way, customers in Tanzania also benefit from the monetization, in addition to those who benefit directly from the funded projects.

After Dar es Salaam, the team traveled to Morogoro to visit rural programs in the region run by Catholic Relief Services (CRS) and FINCA International. The CRS project, Soya ni Pesa, is a soybean value chain development project, geared toward helping farmers produce soy and gain access to the poultry feed value chain. CRS provides management and technical assistance to facilitate farmer growth. The project has stimulated a soybean price increase for farmers and benefits the feed producers by giving them better access to the soy inputs they need. The team met directly with some of the farmers in the program and learned about their challenges and successes.

The FINCA project provides loans to smallholder farmers, focusing on loans that are accessible to agricultural workers. USW met with several farmers who receive these loans. They shared what they have accomplished with increased access to credit. It has allowed many of them to increase their farm size, improve infrastructure and send their children to school.

Agriculture plays a crucial role in Tanzania’s economy, so improvements to that industry benefit the entire country. The four Tanzanian projects funded by wheat monetization work in different ways toward a common goal of agricultural development. Seeing the positive effects of those projects on the entire economy helped the trip participants better understand the role that U.S. wheat plays in the process.

“This trip helped clarify how the funding works, but more importantly, the big picture of the real purpose of the projects,” said Schock. “It was transformational for my attitude of world food production. As humans, and particularly as farmers, we must try to help those that want to help themselves, and that’s what these programs do.”

Pictures from this trip can be found on the USW Facebook page at www.facebook/uswheat.