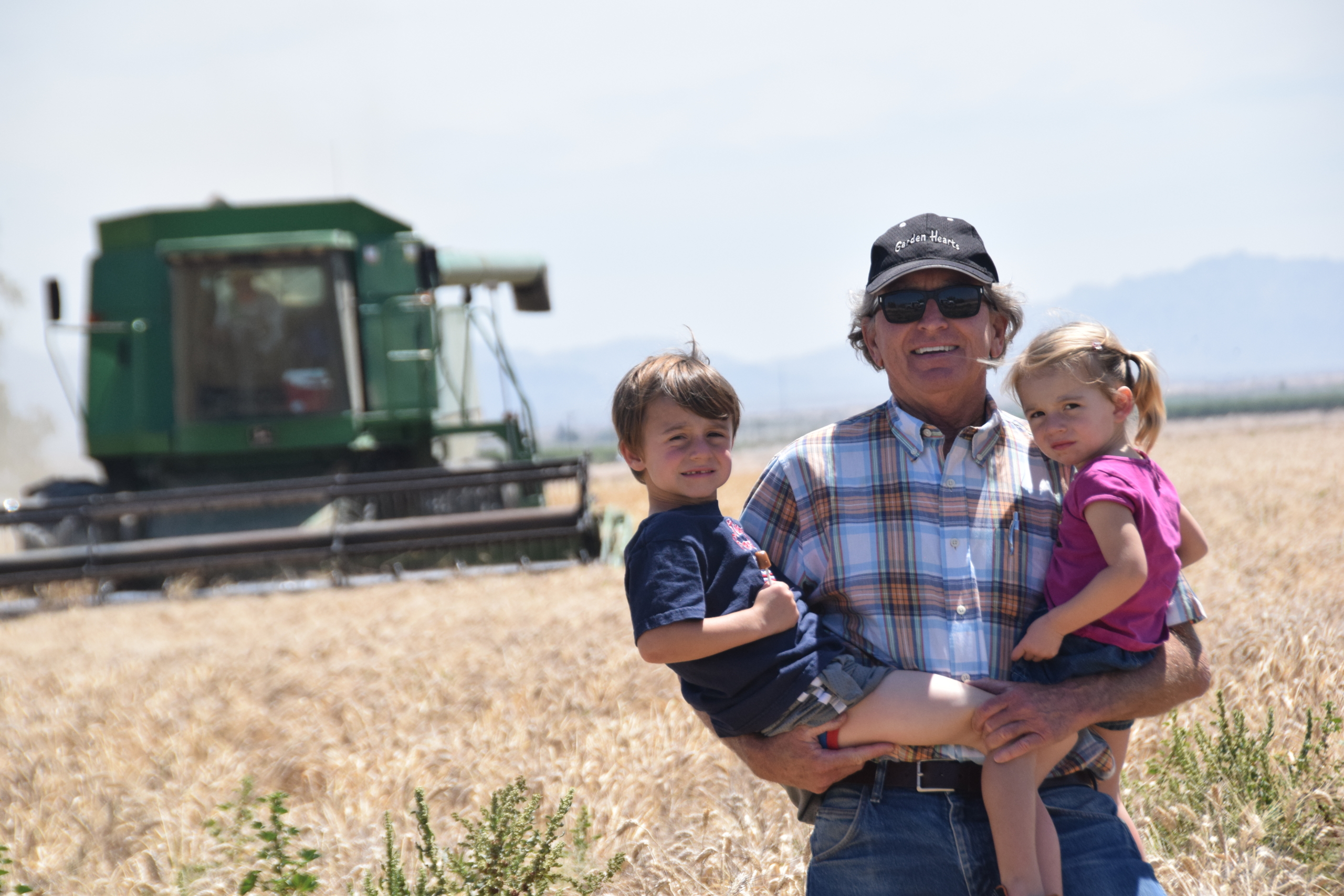 Roy Motter farms 2,500 acres in the Imperial Valley of California, and while that may be small compared to other U.S. wheat farms, his operation supports three families. Motter has been farming with his two brothers-in-law since the 1970s, and he oversees their wheat production. They grow Desert Durum® wheat, as well as lettuce, cabbage, onions, sugar beets, sugar cane, alfalfa seed and hay, Sudan grass, melons and tomatoes.

“I chose to start farming more than 40 years ago because I like being outdoors, and I like the dynamics of working for yourself and making those decisions,” said Motter. “Farming is multi-dimensional; every crop is different and has different demands.”

Motter is one of six U.S. wheat farmers featured in a USW series on wheat sustainability representing the six U.S. wheat classes, grown in distinct regions and local micro-climates. The series suggests that while aggregate measures of sustainability are important, but they fail to capture the nuances of a crop that is grown across many different climates, soil types and farm environments. These profiles show the differences in farming practices across the country and how those practices enhance the sustainability of U.S. agriculture.

For Motter, wheat is a pivotal part of their approach to sustainable farming.

“We can’t grow our money crops — lettuce, onions and sugar beets — year after year,” said Motter. “You have to have a rotation, and wheat is a good rotational crop for us. It lets us control weeds and disease that affect the other crops and gives the ground a chance to rest.”

“We get a lot of criticism for using irrigation water from the Colorado River. But if you want to sustain a growing world population with food and fiber, you must modify the environment to satisfy those needs,” said Motter. “If we want to talk about sustainability issues in relation to wheat crops, the primary issue is to use our water as efficiently as we can, and we work to improve that every year.”

Motter’s reliance on irrigation does not mean his farm is less sustainable. The Imperial Valley grows 85 percent of the nation’s lettuce in the winter months of the year, and with or without its wheat production, the region will continue to grow its vegetable crops. By rotating wheat with that lettuce production, Motter reduces the amount of water his farm uses. In fact, over the past 30 years, farmers in the desert Southwest have reduced their water usage for barley and wheat by approximately 30 percent and consistently invest money in water and energy conservation efforts.

U.S. wheat farmers deal with unique challenges and growing conditions. For Motter, those challenges are managing water use in an arid climate and controlling crop diseases without the benefit of a cold winter in between growing seasons. Motter and his family’s farm have thrived because they use rotation and best practices to maximize soil health and production while minimizing required inputs. This formula is one that all farmers strive to balance, and each go about it in ways that make the most sense in their region. Sustainability is not “one size fits all.”

Learn more about Motter and his farm at www.uswheat.org/factsheets. There is also more information about U.S. farmers, ranchers, fishermen and foresters share their values, sustainability experiences and conservation practices at the U.S. Sustainability Alliance.