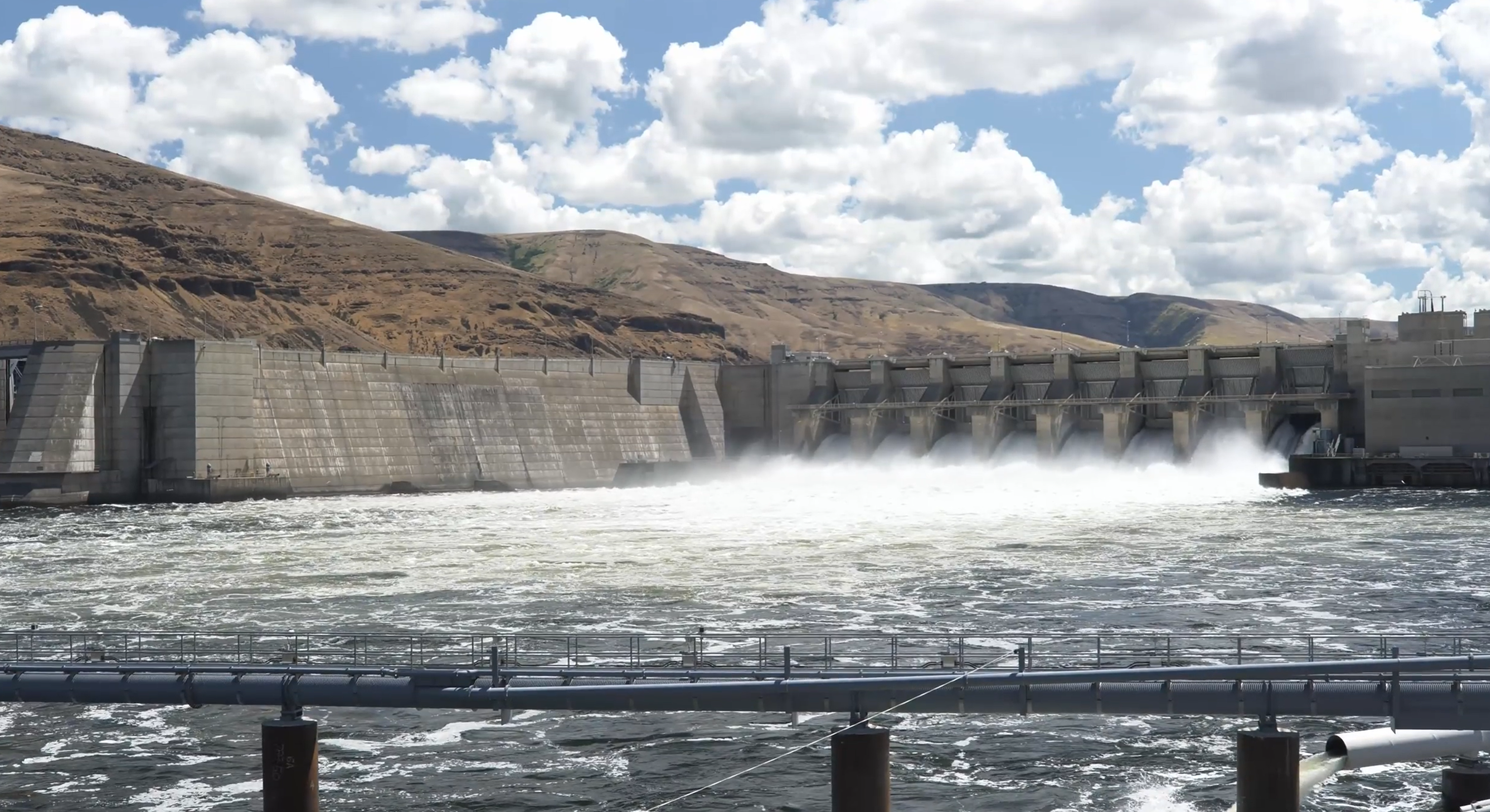 A draft report on what would be needed to replace the benefits of the four Lower Snake River dams and locks was released June 9, 2022, for public comment through July 11, 2022. The report, conducted on behalf of Sen. Patty Murray and Gov. Jay Inslee of Washington state, suggests that breaching these dams to prevent the extinction of native salmon and replacing the benefits of barging and hydropower could cost between $10.3 billion and $27.2 billion.

Pacific Northwest (PNW) agricultural and commercial organizations responded to the report with serious concerns. A coalition of Republican members of Congress also introduced legislation that would protect the dams, arguing their benefits are irreplaceable.

No Dams, No Barges

U.S. Wheat Associates (USW) strongly supports the sustainability and reliability of wheat transportation by barge. The Columbia Snake River System is an essential part of a logistical system that moves more than half of all U.S. wheat exports every year to more than 20 Pacific Rim countries. Wheat loaded and barged on the Snake River makes up 10% of all U.S. wheat exports.

The Pacific Northwest Waterways Association (PNWA) questioned a number of baseline assumptions in the new report, including that the future value of the dams will decline and that all losses from dam breaching can be mitigated or compensated.

For example, PNWA Executive Director Heather Stebbings said in a news release that there are significant gaps in the report as it relates to understanding the reality of shifting wheat and other grains from barges to rail and trucks. This would require a massive investment in new infrastructure and likely increase wheat export basis with significant negative impact on regional farmers, the efficient Pacific Northwest export system and, ultimately, overseas wheat buyers. 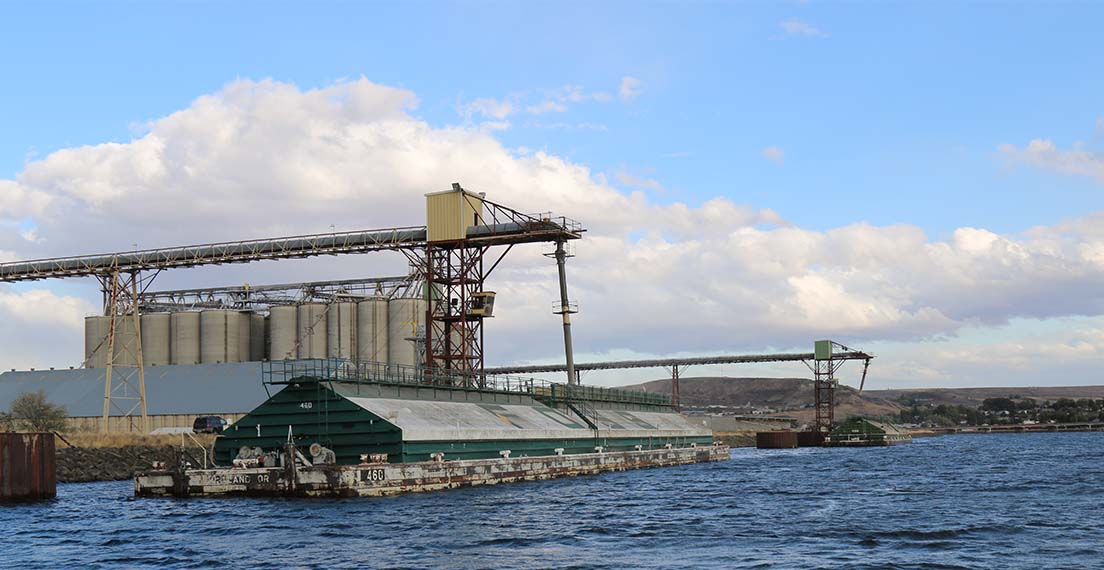 An estimated 10% of total annual U.S. wheat exports passes through the four locks and dams on the Lower Snake River between Lewiston, Idaho, and terminals like this one, to its confluence with the Columbia River and on to export elevators.

The Port of Lewiston on the Snake River, the most inland U.S. port, is uniquely positioned to source wheat from Idaho and other states. River terminals on the Lower Snake serve eastern Washington farmers. That wheat is barged on the Lower Snake River to the six major PNW export elevators serving Asian and Latin American wheat markets. All aspects of the river system are essential for transporting wheat from farm to market. However, barging is the most efficient, affordable, and environmentally friendly way to get that wheat to export locations. For context, one four-barge tow on this river system moves as much cargo as 144 rail cars or 538 semi-trucks.

“There is no evidence to support the claim that breaching the dams would save the salmon but it’s quite clear that doing so would have a major negative effect on the region’s economy and put a lot of farmers out of business,” Ellis said. 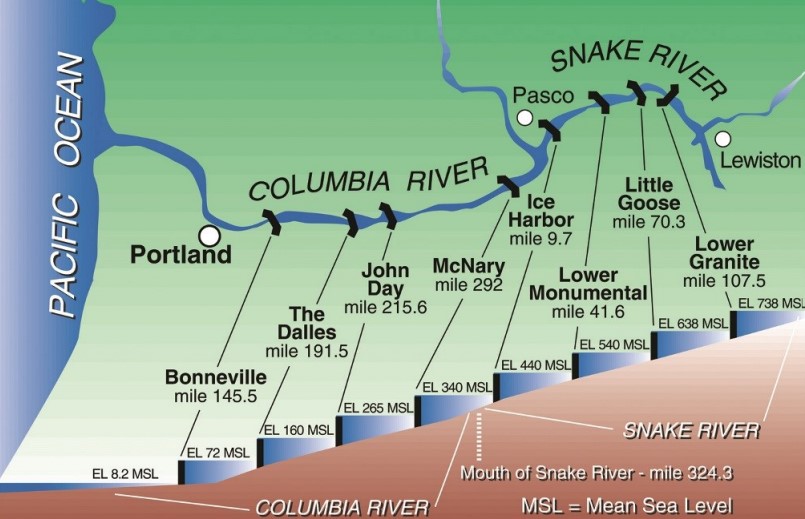 “We continue to approach the question of breaching with open minds and without a predetermined decision,” Sen. Murray and Gov. Inslee said about their report. “In the coming weeks, we will carefully review and consider public input, tribal consultation, and other engagement from stakeholders before making any recommendations.”