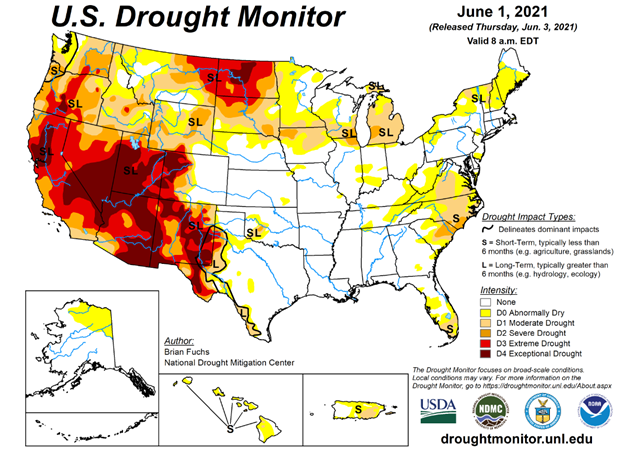 Hard red spring (HRS) futures rose $0.85 week-over-week to close at $8.10 per bushel on Friday, June 4, a level nearly $3.00 more per bushel than they were a year ago. Some recent rain in western Canada took some pressure off HRS prices, but severe drought in North Dakota, the top producing HRS state, remains the crucial market factor. AgriCensus on June 8 said the USDA is likely to slash its spring wheat forecast in its June 10 WASDE report, following the prolonged period of drought. 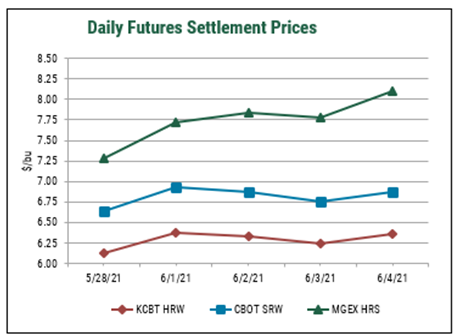 An unusually dry winter with very little snow cover meant that soil moisture was far below average for the state when spring wheat planting started. Dryness persisted through planting, and following very cool conditions, the HRS production region had been in one of the hottest and driest periods in over 30 years. The dry soil makes it hard for rain to absorb into the hard ground when it has come in localized areas, leading to water runoff. The unusual heat causes the moisture to evaporate quickly.

Erica Olson, Market Development and Research Manager for the North Dakota Wheat Commission (NDWC), remains optimistic but said the HRS and durum crops are definitely stressed. She said rain is needed now, and consistent rain needs to follow. In 2017, North Dakota experienced another dry growing season leading to lower yields and some abandonment. A key difference this year is the lack of soil moisture growers started with. Farmers tell her they are growing more concerned by the day.

Olson noted that they would see more abandonment and a smaller crop with below-average yields if things do not turn around.

Farmer anxiety over this year’s crop potential means that grain traders are having difficulty securing offers from growers. Unsure of their yield potential, many farmers are unwilling to commit to much forward sales, and if they have stored wheat to sell, they may expect prices to go higher. A U.S. wheat trader said rain is needed now and compared this year to 1988 when a severe drought cut spring wheat yields in half. The USDA’s initial crop condition rating for spring wheat is the “second-lowest first crop rating ever next to the disastrous year of 1988,” noted one wheat analyst. 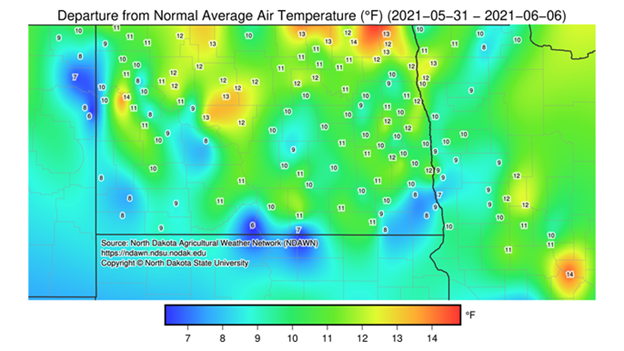 “The word of the year will be ‘timely’ rains,” said NDWC Policy and Marketing Director Jim Peterson in an interview with DTN. That article pointed to many factors affecting the current wheat conditions in the Northern Plains. While dryness is expected to continue in the near term, conditions can change quickly.

Speaking of things changing quickly, after this story was written and scheduled to publish June 9, south-central North Dakota received some respite with isolated rain showers overnight on June 8. More rain is expected this week; however, it may not be enough or soon enough to turn conditions around. 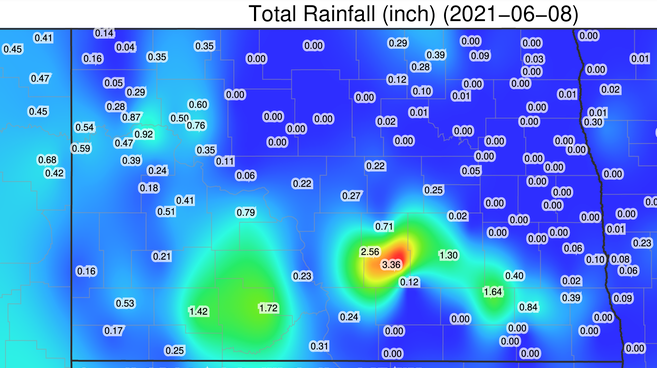 Farmers in the Canadian Prairie Provinces are also experiencing unseasonably hot weather but recently received what was dubbed the “billion-dollar rainfall” for their spring wheat crops.