“Our colleagues and the wheat grower directors of U.S. Wheat Associates (USW) want to express our sorrow at the tragic loss of former Prime Minister Shinzo Abe.

“His leadership focused in part on creating a positive, beneficial trade environment for the Japanese people that including the successful completion of the U.S.-Japan bilateral agreement. That agreement helped protect our long and fruitful trade partnership of which we are so proud. In fact, past USW Chairmen Darren Padget and Doug Goyings were pleased to meet and shake hands with Prime Minister Abe and President Trump in September 2019 at the ceremony in New York City, N.Y., marking the beginning of negotiations on the U.S.-Japan trade agreement that entered into force in 2020.

“We send sincere condolences to our partners, friends and the Japanese people at this sad time.” 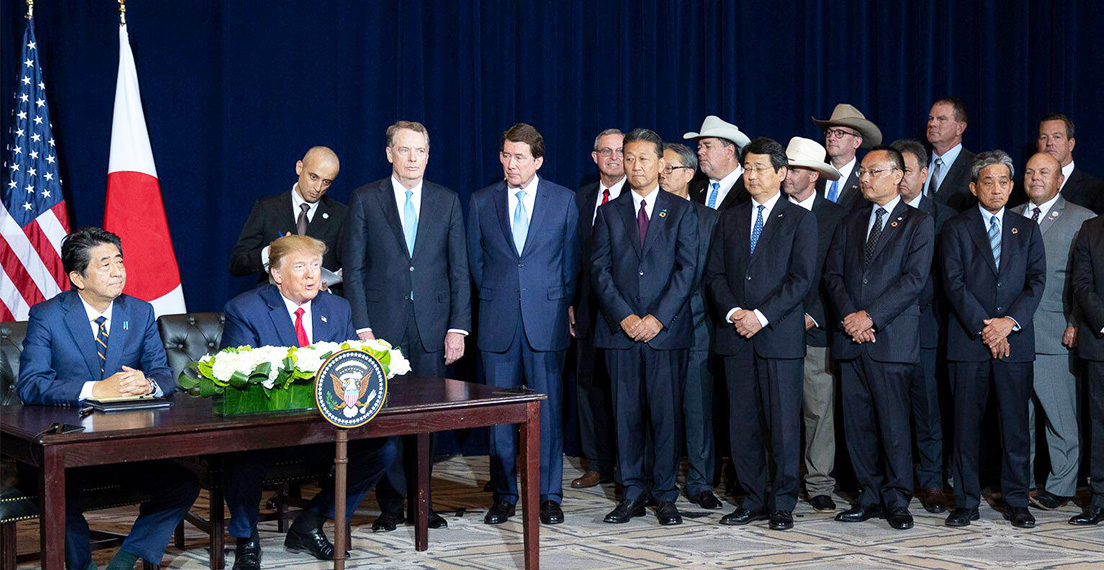