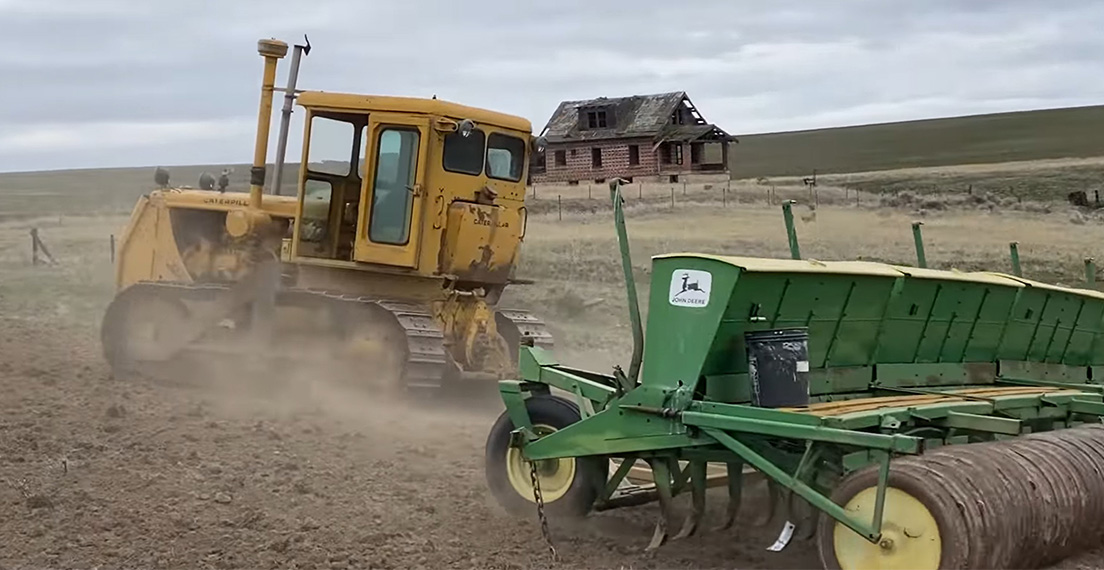 The Cat is still purring after 67 years. Well, more like chugging along.

This Cat is a Caterpillar model D6 9U tractor with crawler treads, purchased new in 1954 by Bernard Martin for his north-central Oregon farm. As the only tractor on the farm at the time, the Cat was powerful yet small and lightweight, making it ideal for working on the farm’s very steep slopes.

“He was 18 years old and worked for Grandpa Martin as the ‘Cat Skinner,’ pulling the combine during harvest and doing field operations,” said Darren Padget, who is Dale’s son and the current Chairman of U.S. Wheat Associates (USW). “He was dating my Mom, Deanna, and eventually they inherited the farm our family now operates … and the Cat.”

The family operated crawler tractors like the Cat until the 1970s when manufacturers developed modern, articulated tractors that had, as Padget put it, the umph to handle the hills.

“After that, Dad installed a dozer blade on the Cat and it has been our bulldozer ever since,” he recalled. “I overhauled the engine* and put in a new undercarriage when I was in college. A few years later, we overhauled the transmission. We also use it to run a feed chopping machine when we make hay for our beef cattle.” 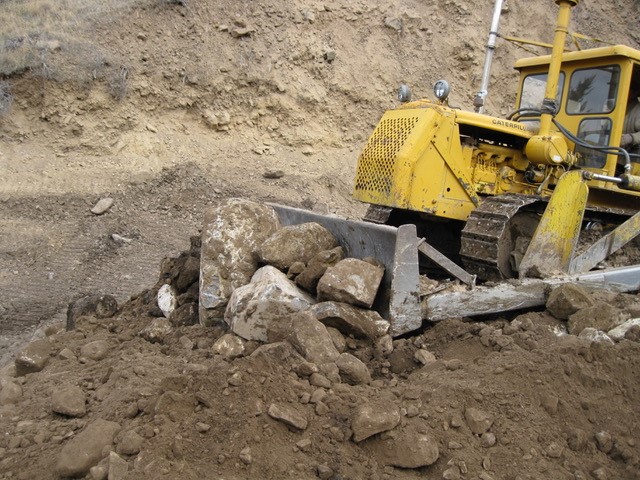 The 1954 Cat D6 9U is still in use at Padget Ranches in Grass Valley, Ore., as a bulldozer to reshape the land as needed.

Back in the Field

Dale Padget will be 83 in June this year and has retired from most field work. His “tractor time” is down in part because the family farm now uses reduced tillage practices that help improve and protect their soil, in which they grow seed wheat, grass and other small grain crops.

But recently, Darren and his son Logan decided they should put Grandpa Dale, and the Cat, to work in the field one more time.

“On my Facebook page, we like to show folks how farming has changed over the years,” Darren explained. “And we wanted to record my Dad working with the tractor he has driven for so much of his life.”

Darren and Logan were planting some grass into a field designated for the USDA Conservation Reserve Program or CRP** (another tool they use to help protect soil and environmental health). They hitched the Cat to seed drills purchased in the 1970s and Dale went back to work. 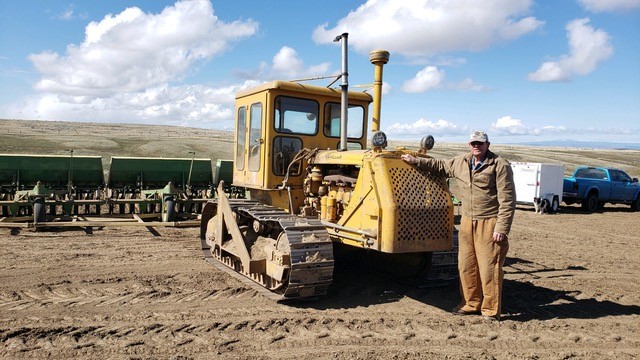 Dale Padget, 82, is ready to run the Cat tractor he first ran in 1956 to plant a grass cover crop on the family farm.

On another day they captured images of the dramatic shift from the functional implements of the past to today’s far more efficient equipment with digital and GPS systems. 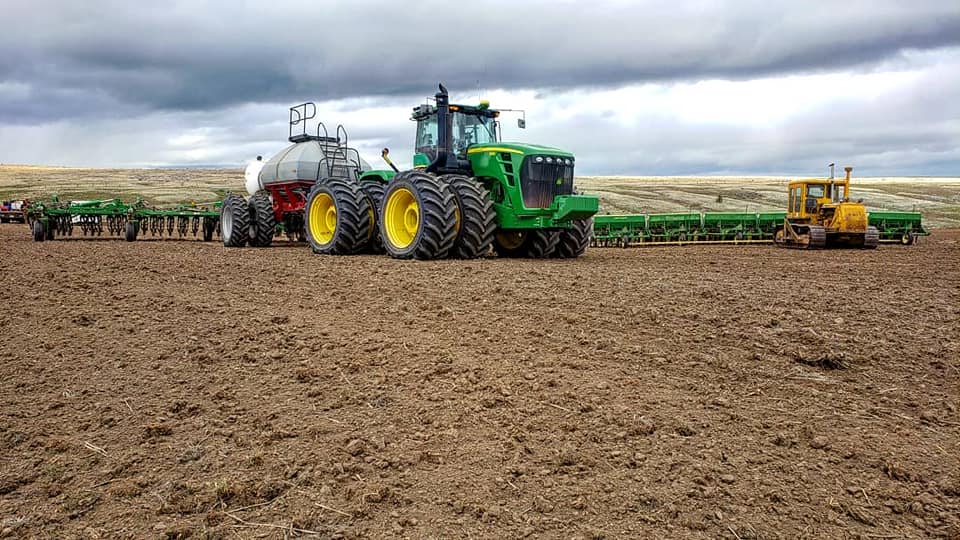 Much has changed since Dale Padget first operated the Cat in 1956. Today, his son Darren and grandson Logan use precision farming tools that make them better stewards by protecting soil while ensuring fertilizer and crop protection products are used only where needed and in precise amounts.

In the photo at the top of this page, the Cat pulls its implement past the original Martin family homestead, built in the early 1900s.

“I think it is important to remember how far one family has come,” Padget said. “and how much has changed since Dad started driving the Cat. He will be back out there tomorrow as our ‘dozer guy,’ and Logan and I will keep building on the work he did, and the Martin family before him, all the way back to 1910.”

*The 1954 Cat D6 9U in fact has two engines: a small, two-cylinder gasoline engine, called the “pony motor,” is fired up to start the big diesel engine.

** CRP is a land conservation program administered by USDA’s Farm Service Administration. In exchange for a yearly rental payment, farmers enrolled in the program agree to remove environmentally sensitive land from agricultural production and plant species that will improve environmental health and quality.