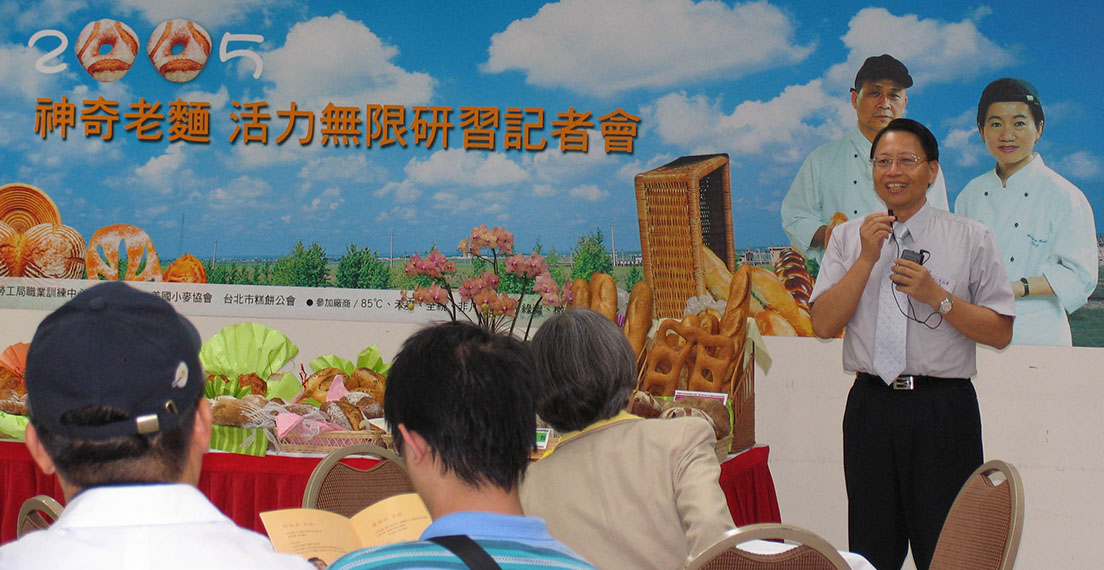 U. S.  Wheat Associates (USW) colleagues and many friends in Taiwan were very sad to learn that retired USW Country Director Ron Lu passed away July 23, 2021, in Taipei at the age of 73. Our most sincere sympathy goes out to Ron’s family and friends. 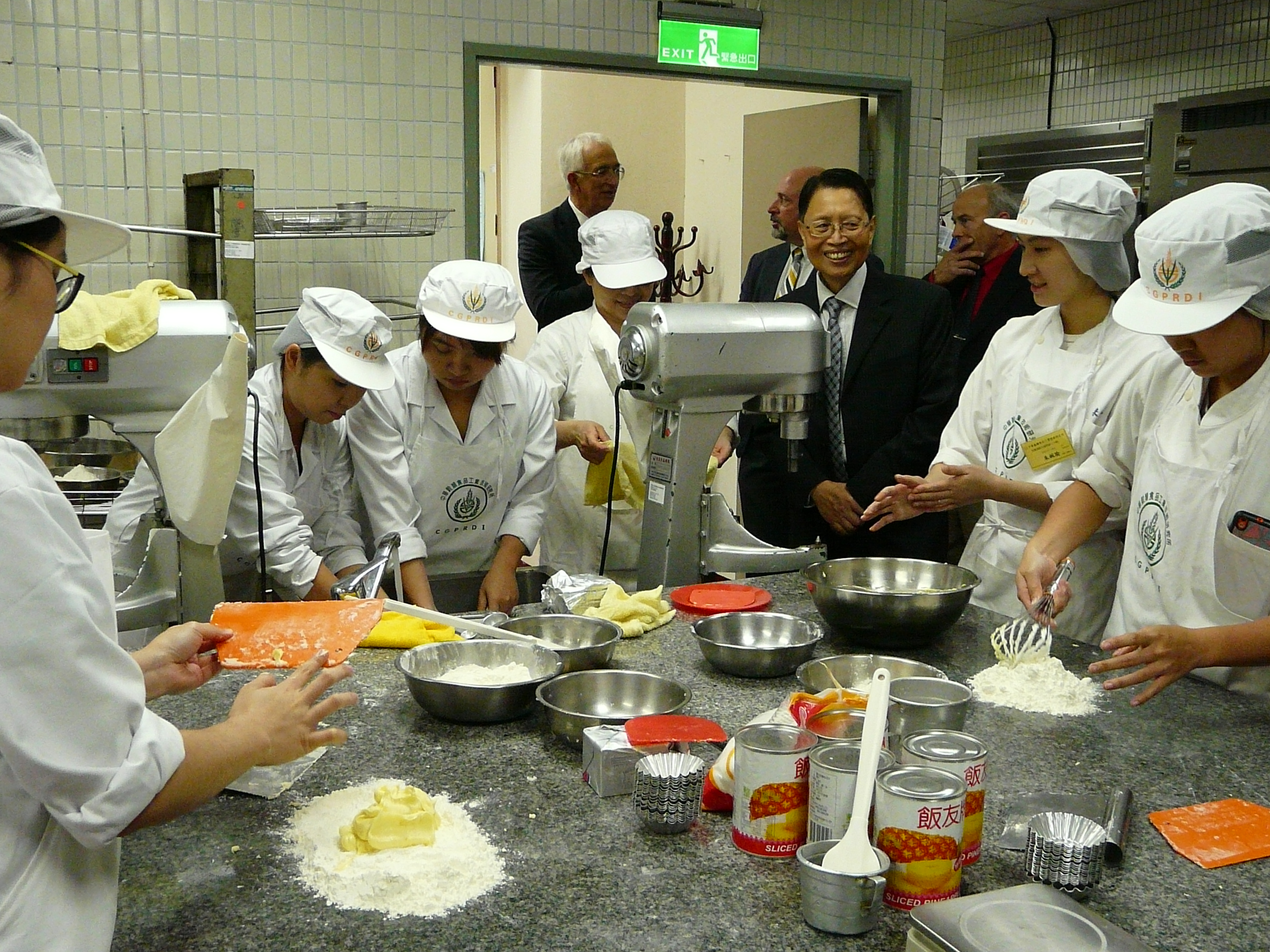 In 2016, Ron Lu talked with Taiwanese bakery students at the China Grain Products Research Institute (CGPRI), which he served as Chairman. This photo was taken during a joyous celebration marking 50 years of representation in Taiwan by USW and its legacy organization Western Wheat Associates.

Ron L. J. Lu retired from USW in 2017 after 33 years of service to U.S. wheat farmers and the Taiwan milling and baking industry he loved. In September 2016, USW shared these tributes to our colleague.

“Today, per capita wheat consumption in Taiwan has exceeded that of rice. It is a market that prefers the quality and reliability of U.S. wheat and Ron played key roles in that success,” said USW Regional Vice President Matt Weimar. “USW has a strong presence in Taiwan, across all sectors and entities in the food industry because of that dedication and commitment representing U.S. wheat farmers. By hosting so many public introductions of those new wheat food products with his customers and educational partners, Ron truly [was] the face of U.S. wheat in Taiwan.” 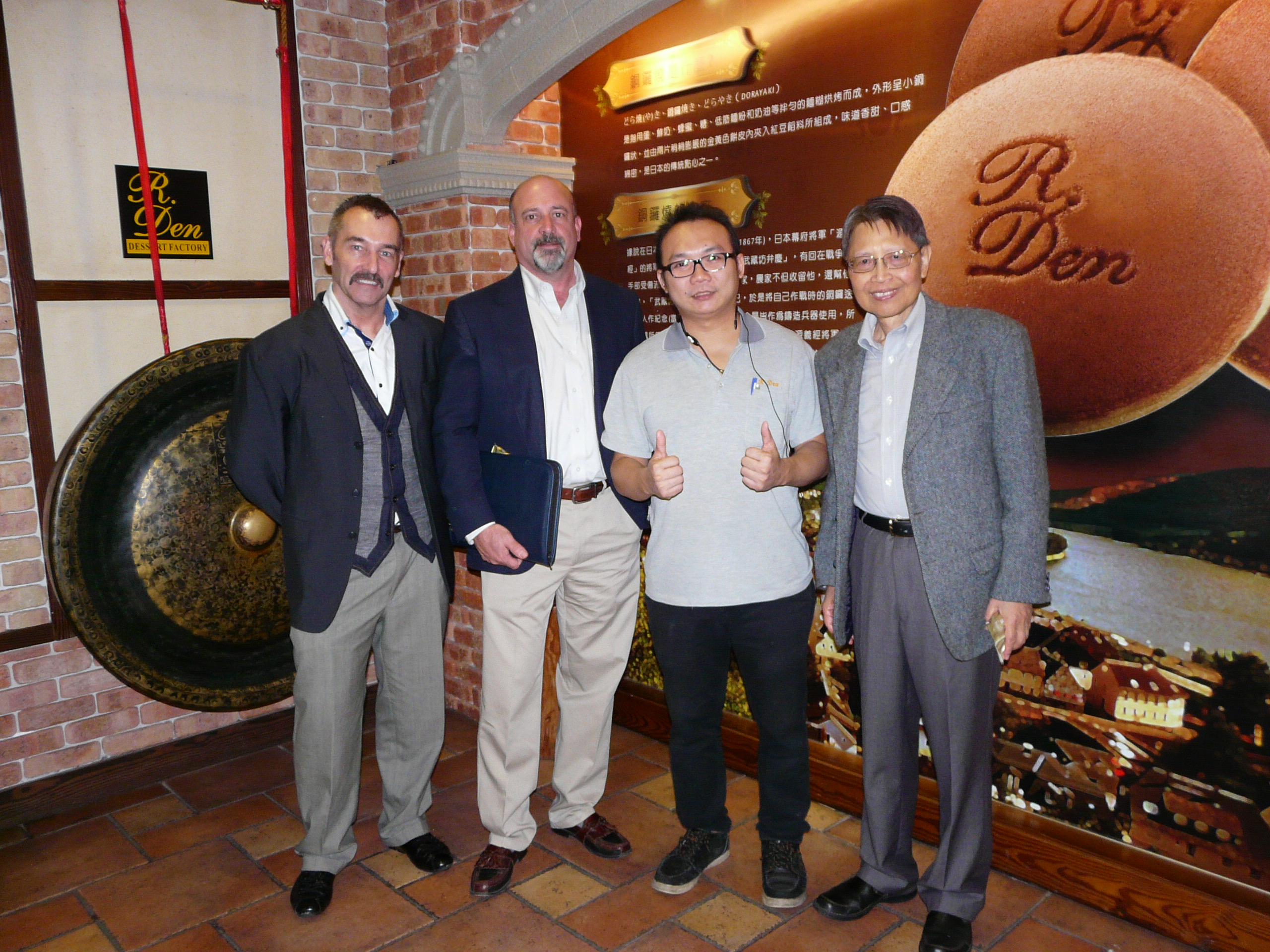 Lu joined USW in 1983 as a technical specialist and was appointed country director in 2004. During his tenure, Lu worked directly with end users and importers to help them strengthen commercial links with U.S. export companies through trade servicing, technical assistance and promotional activities. From 2007 to 2009, Lu served as the chairman of the China Grain Products Research and Development Institute (CGPRDI). During his USW career, he has facilitated countless customer and trade team visits to the United States, including the biennial Agricultural Trade Goodwill Mission during which the Taiwan Flour Mills Association (TFMA) traditionally signs letters of intent to purchase U.S. wheat during the following two marketing years. 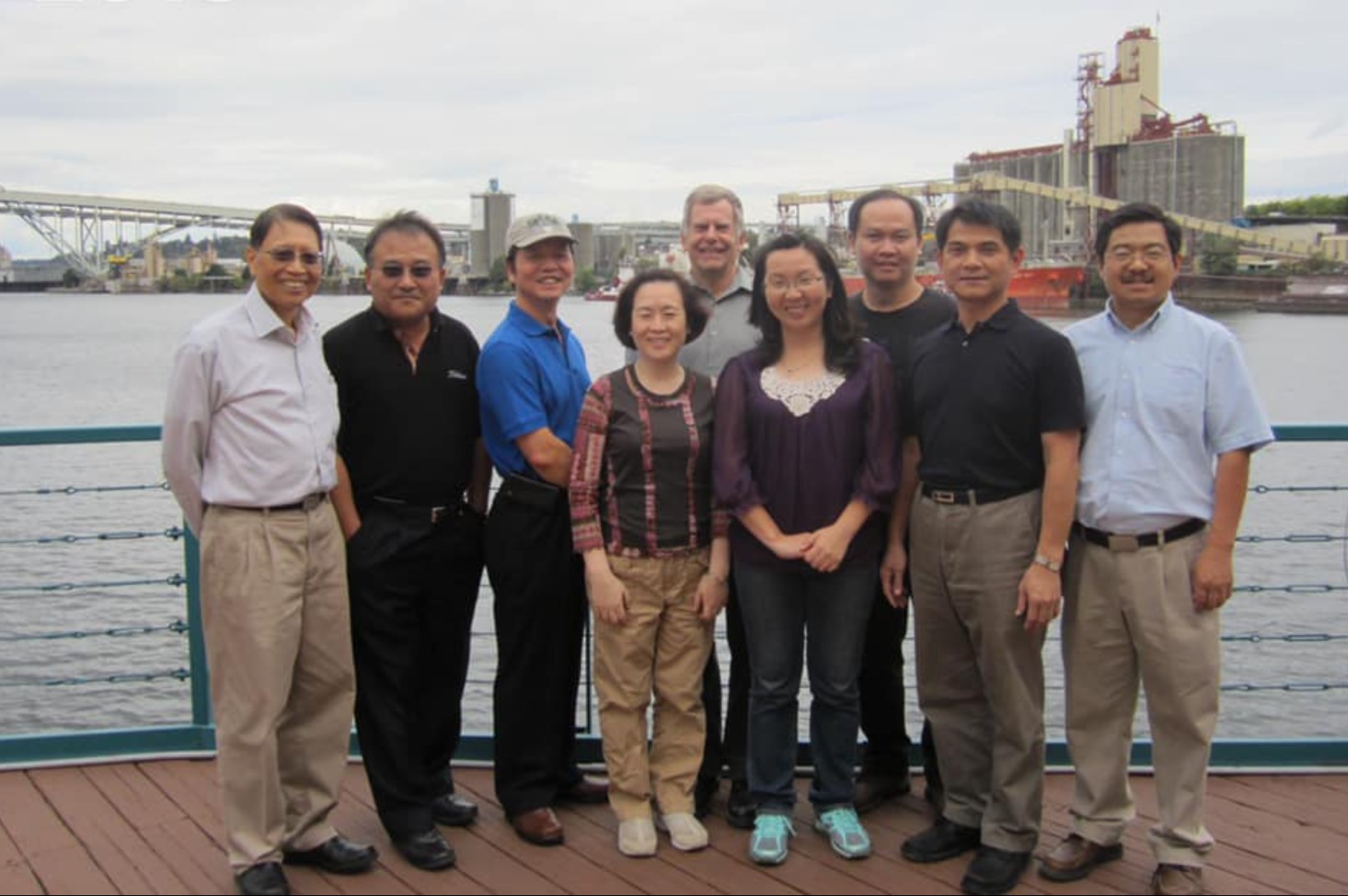 Ron Lu (left) often travelled to the United States during his 33 years with USW, hosting Taiwanese flour miller trade teams like this one in 2013 outside the Albers Mill Building headquarters of USW West Coast Office, the Wheat Marketing Center (WMC) and Oregon Wheat Commission. This photos is from a tribute to Ron from his colleague and friend Gary Hou (right), who was WMC’s Technical Director at the time and is now Managing Director, Flour Business Unit, SPC Group, Korea.

“Over many years, Ron added value to every level of USW’s work in Taiwan — from improving and creating the finest wheat food products for consumers to strengthening the long-standing trade relationship between Taiwan and the United States,” said USW President Vince Peterson. “Through his steady efforts and successes, he made immeasurable contributions to both the wheat food industry in Taiwan and the U.S. wheat production and export industries.” 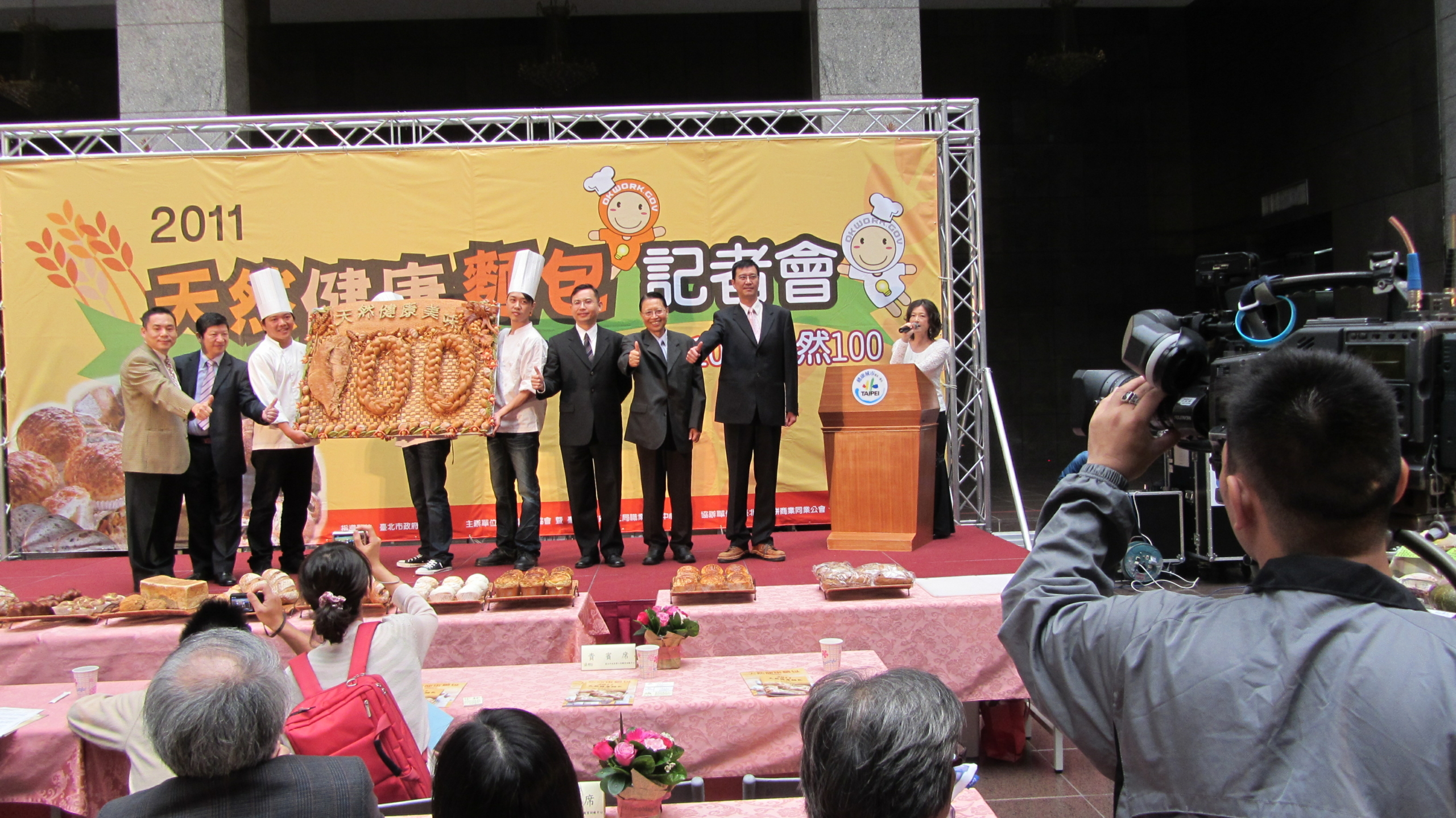 In his position as USW Country Director, Ron Lu (second from right above) worked closely with the Taiwan milling and baking industry to help develop and promote new wheat products made primarily with flour from imported U.S. wheat. Today, per capita consumption of wheat food exceeds rice.