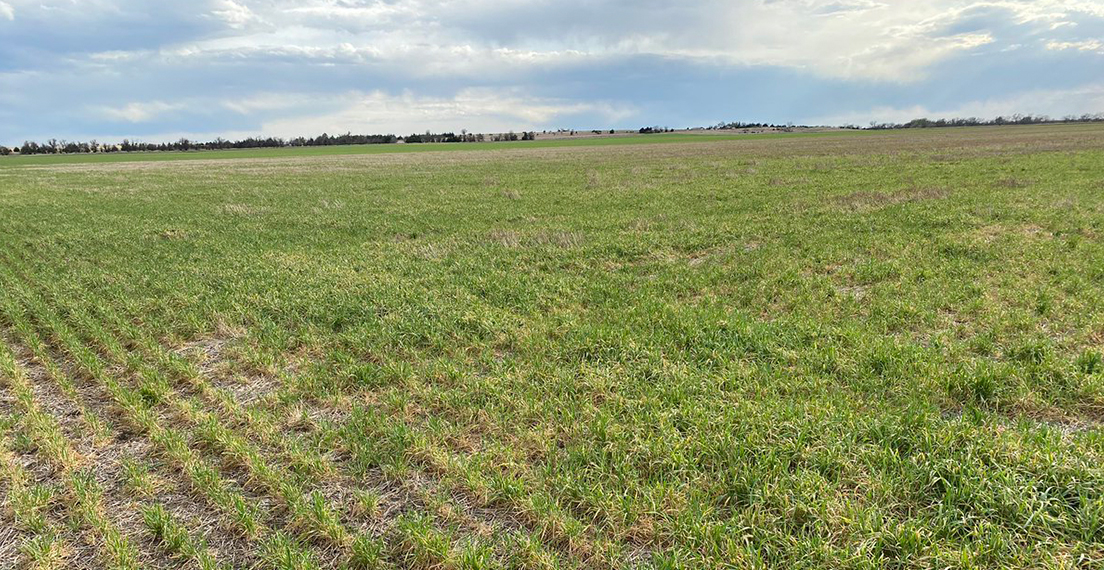 The 2021/22 U.S. hard red winter (HRW) wheat crop is developing under a range of conditions. However, rain makes grain, so anxious farmers are looking for clouds on the horizon.

Based on the USDA’s Crop Progress reports, issued each week on Mondays, the HRW crop seems to be starting on average footing compared to condition reports at the same time last year. Yet USDA this week reported a 2% drop in the amount of winter wheat rated good and a 3% drop in the amount rated fair, while wheat rated as very poor grew by 16%. Overall, the USDA puts 53% of the U.S. HRW wheat crop between good and excellent conditions, a 2% drop from the week before.

Michael Peters, an Oklahoma HRW producer and U.S. Wheat Associates (USW) Secretary-Treasurer, noted that he had not received more than a half-inch of rain in the last 45 days.

Above-average temperatures in March only added to anxiety, especially as the crop enters its reproductive stage. And in typical spring fashion, unseasonably warm weather last week turned cold this week, with much of the Plains and Midwest experiencing below-average temperatures. 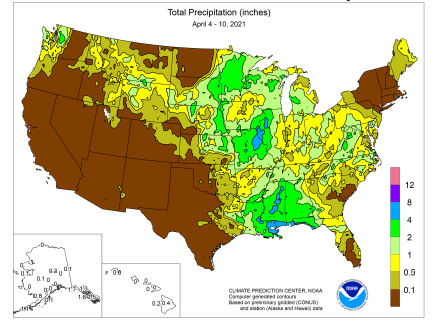 Some precipitation in the eastern Plains was some help for the 2021/22 HRW wheat crop from April 4 to 10 but dry conditions remain a concern. SRW conditions in the East look much better. Source: National Oceanic and Atmospheric Administration.

The entire state of Colorado is experiencing some form of drought and windy weather has made conditions worse. Cold soil temperatures are keeping winter wheat progress back slightly. Recent snow helped with some moisture deficits with more snow in the forecast over the next week. USDA rates winter wheat conditions at 26% good or excellent.

The winter wheat conditions in Kansas are above average. Wheat planted in September had significant soil moisture leading to a good looking and considerably different crop then wheat planted in October challenged by dry weather since seeding, creating two unequal crops. Much needed rain fell in March and more rain is predicted. Kansas wheat is rated 55% good or excellent.

Across Nebraska, uneven moisture means uneven crop development. Overall, the wheat crop there is rated 43% good or excellent, but dryness is a key concern. Wheat planted early is well established, but later plantings are behind.

Cool, wet weather has 70%of the Oklahoma wheat crop in good or excellent condition over recent weeks. A lack of snow cover and severe cold damaged some growing areas in February. Still, overall, it did not have much adverse impact, said Amanda de Oliveria Silva, a small grains specialist with Oklahoma State University Extension Service. Insect pressure is minimal, and, because of the dry conditions, disease is nearly nonexistent.

In February, Texas saw temperatures as high as 80 degrees followed by a prolonged period of record cold temperatures. This likely made freeze damage worse in some areas. Texas is also extremely dry in much of its wheat production regions and USDA reported only 28% of the state’s winter wheat crop as good or excellent.

Overall, Oklahoma’s Michael Peters had this to say about the U.S. hard red winter wheat crop: “We are in a critical stage, but we have time to recover if rain comes in the next 10 days. Either way, we will have a crop.” 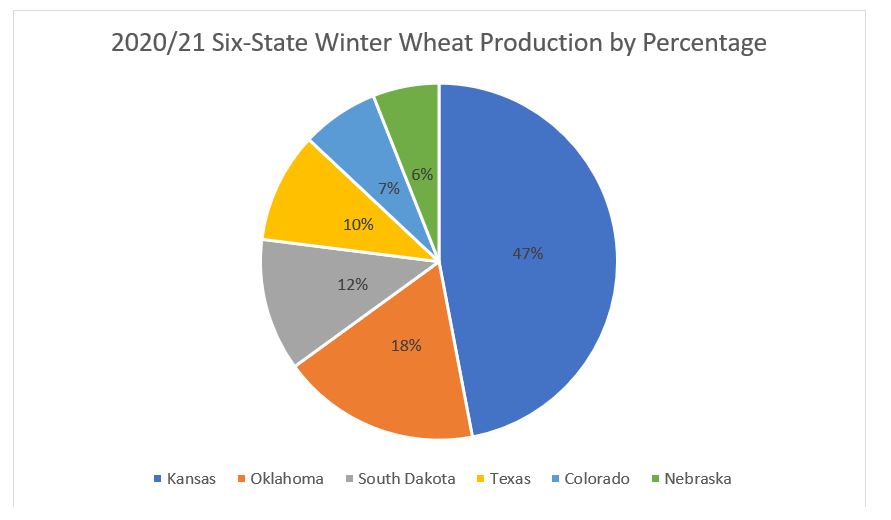 Among the six states included in this report, the chart shows each state’s percent of their combined total HRW production. Source: USDA NASS.

Contrary to dry growing conditions in much of the Plains region, soft red winter (SRW) production areas have experienced favorable growing conditions, with one farmer calling them “ideal.” Mild winter conditions, modest snow cover, and little ice has farmers feeling positive overall. Many growers have been in the field to apply fertilizer and they note minimal concern about weeds or disease to date.