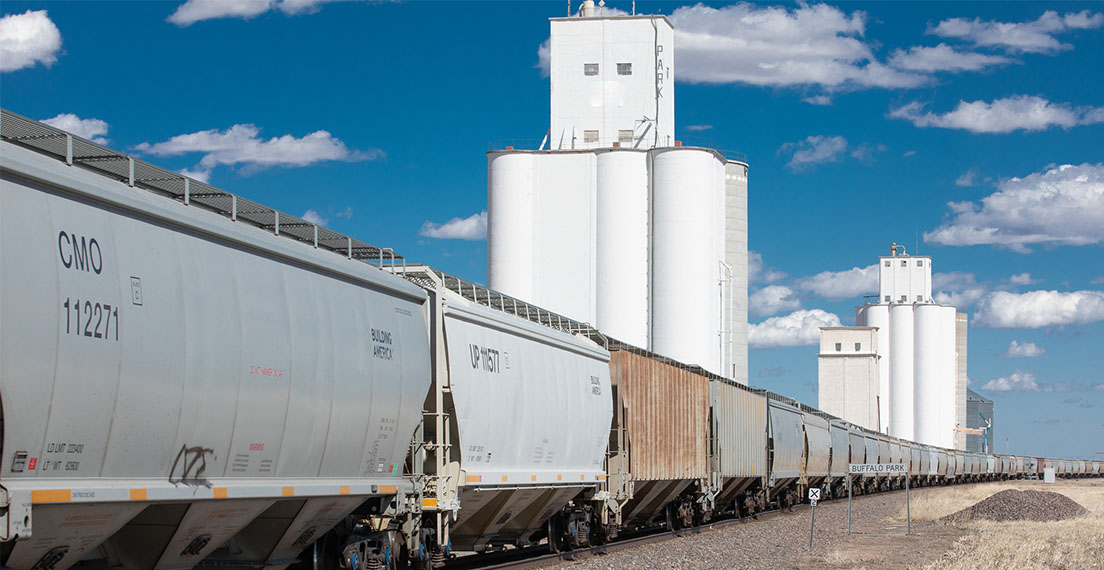 In 2021, the Canadian Pacific Railroad (CP) announced plans to purchase the Kansas City Southern Railroad (KCS). After a few sidetracks, the proposed transaction is now under final review by the U.S. Surface Transportation Board (STB) to determine whether the two Class I railroads can merge. If successful, the new system will become the first tri-national railroad in North America.

On Feb. 22, U.S. Wheat Associates (USW) filed comments with the STB, stating opposition to the rail merger as “inconsistent with the public interest.” USW also suggested that, should the merger proceed, the STB should impose certain conditions “to eliminate the adverse impacts this transaction will have on wheat shippers that are large rail shippers in the United States.”

Farmers export approximately 50% of their wheat crop each year. As such, U.S. farmers depend on the railroads to provide reliable and affordable access to export markets. Wheat farmers rely on the railroads in large part because of location. A significant volume of exportable wheat is grown in the Plains stretching from Montana to Texas and the Pacific Northwest (PNW). Rail transportation in the PNW is supported by regional river access to ports. Shippers in the Plains states are captive to rail freight through their distance from any genuine alternative.

In its comments to the Surface Transportation Board, USW noted that the market power held by the Class I railroads* has serious implications for U.S. wheat’s competitiveness compared to other major exporters. Rail rates over the last decade have increased exponentially, and rates for wheat are higher than rates for other commodities despite similar handling characteristics.

“Where combination is possible, competition is impossible.” – George Stephenson, English Civil and Mechanical Engineer, known as “The Father of Railroads.”

The proposed transaction is especially relevant to U.S. wheat farmers as their Canadian competitors enjoy government protections that shippers in the United States do not. For example, the Canadian government enforces a Maximum Revenue Entitlement (MRE) on grain transportation to port facilities. This allows Canadian exporters to undercut U.S. exporters through rates set by statute instead of the market. During times of rail congestion, Canadian grain shippers have successfully lobbied their government to prioritize grain shipments over other sectors and have access to policies such as final offer rate arbitration and competitive switching. USW told the Surface Transportation Board if the merger would extend such treatment to the expanded CP line, Canadian shippers would enjoy an advantage that U.S. shippers under current conditions cannot. 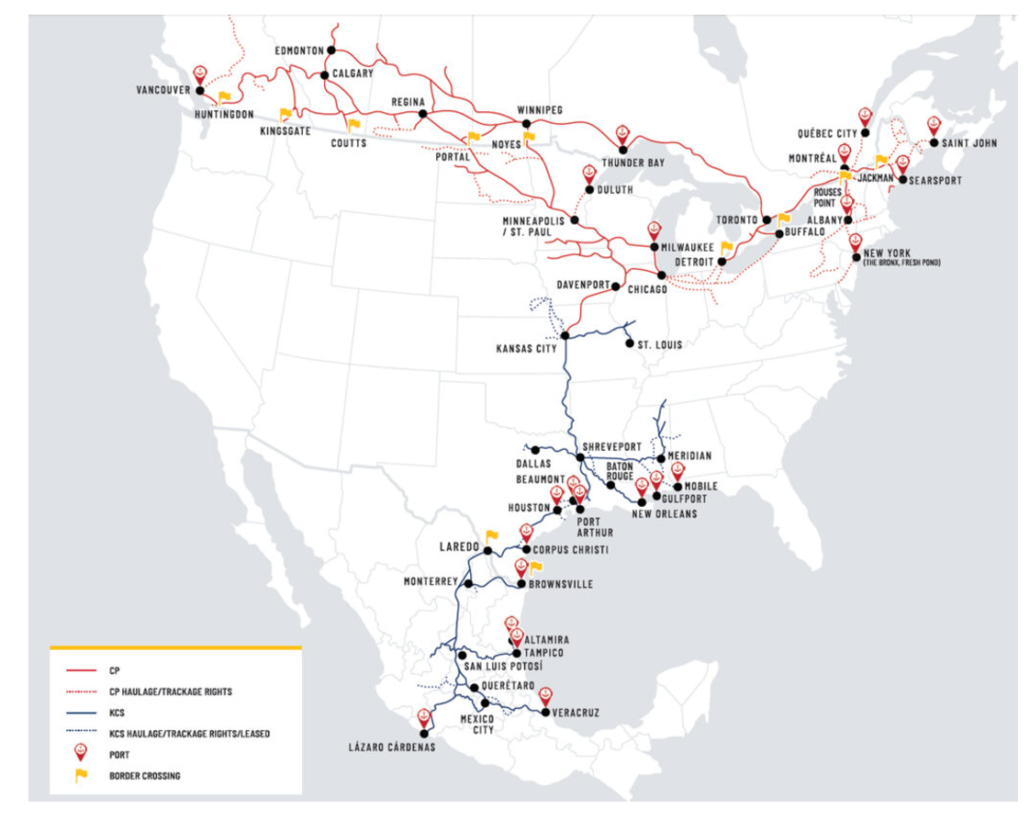 If approved by the U.S. Surface Transportation Board, the purchase of Kansas City Southern by Canadian Pacific Railroad would create the first tri-national railroad in North America.

Arguments about rail competition today would not be unfamiliar across past generations of wheat farmers. Railroads have had a strong hand for a long time. During the industrial age, business interests sparred with the government over how to manage the expanding railroads.

The Interstate Commerce Act of 1887 was the first time Congress stepped in to regulate the railroads with “just and reasonable rate structures.” The railroad industry looks very different today. In 1980, the Staggers Rail Act made big changes to rail regulations. Infrastructure in the U.S. changed significantly in the decades between the two acts, necessitating changes to railroad oversight. Regulatory bodies meant to provide supervision have also changed. The Interstate Commerce Commission was abolished in 1996 and replaced with the Surface Transportation Board.

The STB must now answer a question it posed to railroads at the start of the 21st Century: “how to improve profitability through enhancing the service provided to their (railroads) customers.” Last summer, the Biden Administration directed the Surface Transportation Board to “promote competition and economic opportunity and to resist monopolization.”

In its comments filed this week, USW encouraged the STB to uphold the values of competition both for the wider railroad industry and in its oversight of “an economically sound and competitive rail transportation system.”

*There are currently seven Class 1 freight railroads in the U.S., a distinction defined by the railroads’ market capitalization.