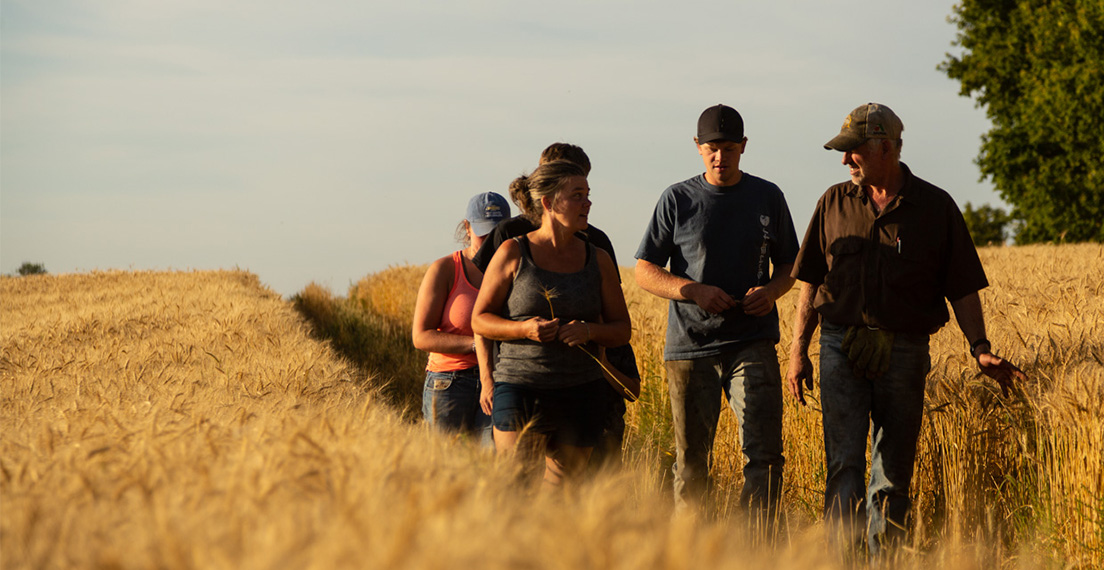 North Dakota’s farm families have a remarkable choice of crops to grow. Canola, dry edible peas, flaxseed, oats, barley, sunflowers and even soybeans are all options. Yet most farmers in North Dakota’s north central “Drift Prairie” would identify themselves first as wheat growers — hard red spring (HRS) wheat growers to be specific.

Philip and Lisa Volk and their five children of York, N.D., count themselves among the state’s wheat growers, making their farm, founded in 1942 in nearby Knox, N.D., an ideal stop for production of a video program focusing on the people who contribute to the wholesome quality of U.S. wheat for dozens of different food products around the world. With previous visits to Kansas, Ohio and Washington state, the show will eventually be completed in 2020 and include additional farm families and information about the U.S. wheat supply system. 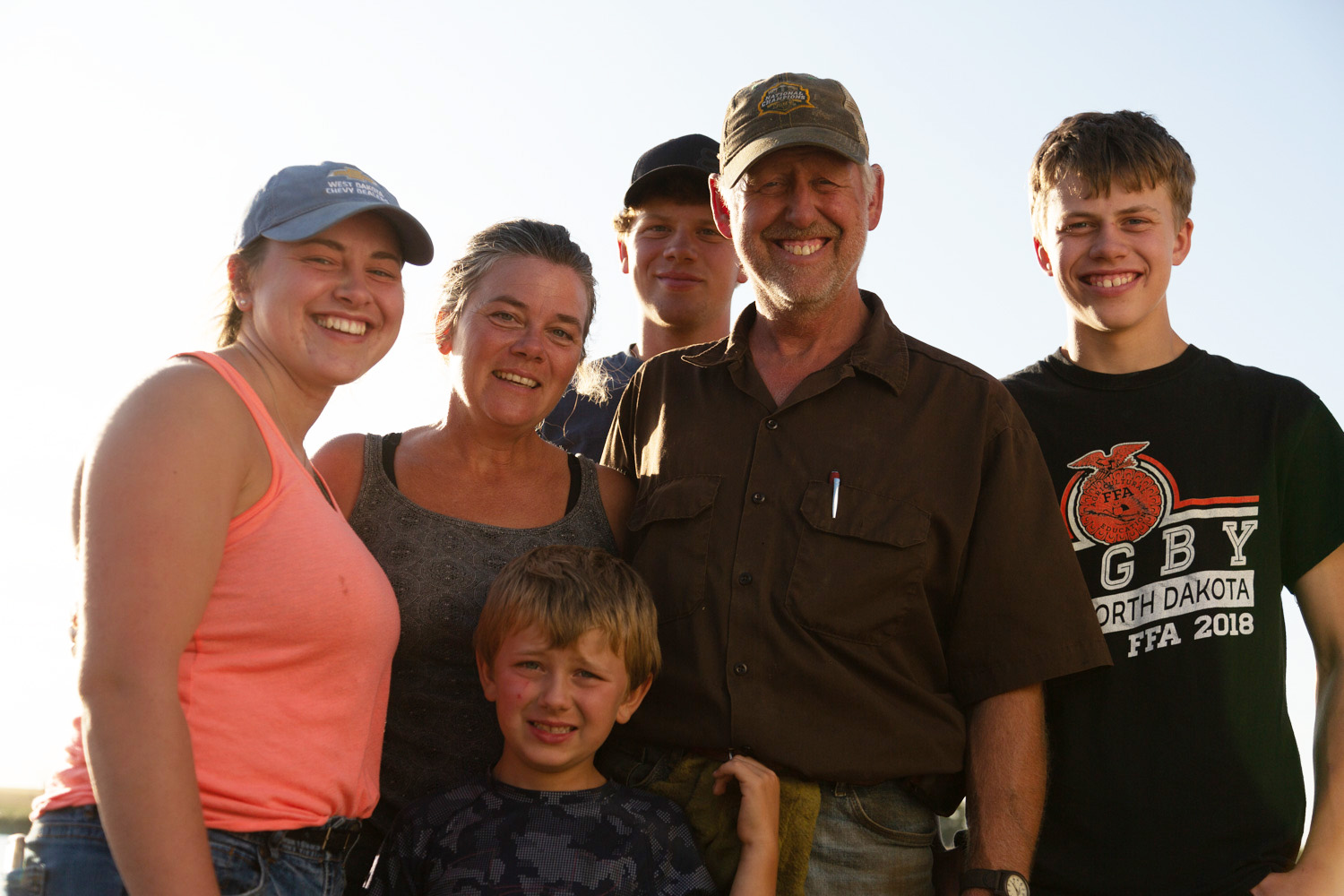 Pride and love of their North Dakota farm life are evident on the faces of Phil and Lisa Volk and four of their five children.

Phil is currently serving a four-year term on the North Dakota Wheat Commission (NDWC) and represents NDWC as a director of U.S. Wheat Associates (USW). Earlier in 2019, Phil joined three other farmers representing USW on a Board Team visit to the vibrant milling and wheat foods industries in the Philippines and Indonesia, both major destinations for the HRS wheat Volk Farms produces. He is also the Commission’s liaison to the Wheat Marketing Center and serves as the chairman of the SBARE Wheat Granting Committee. 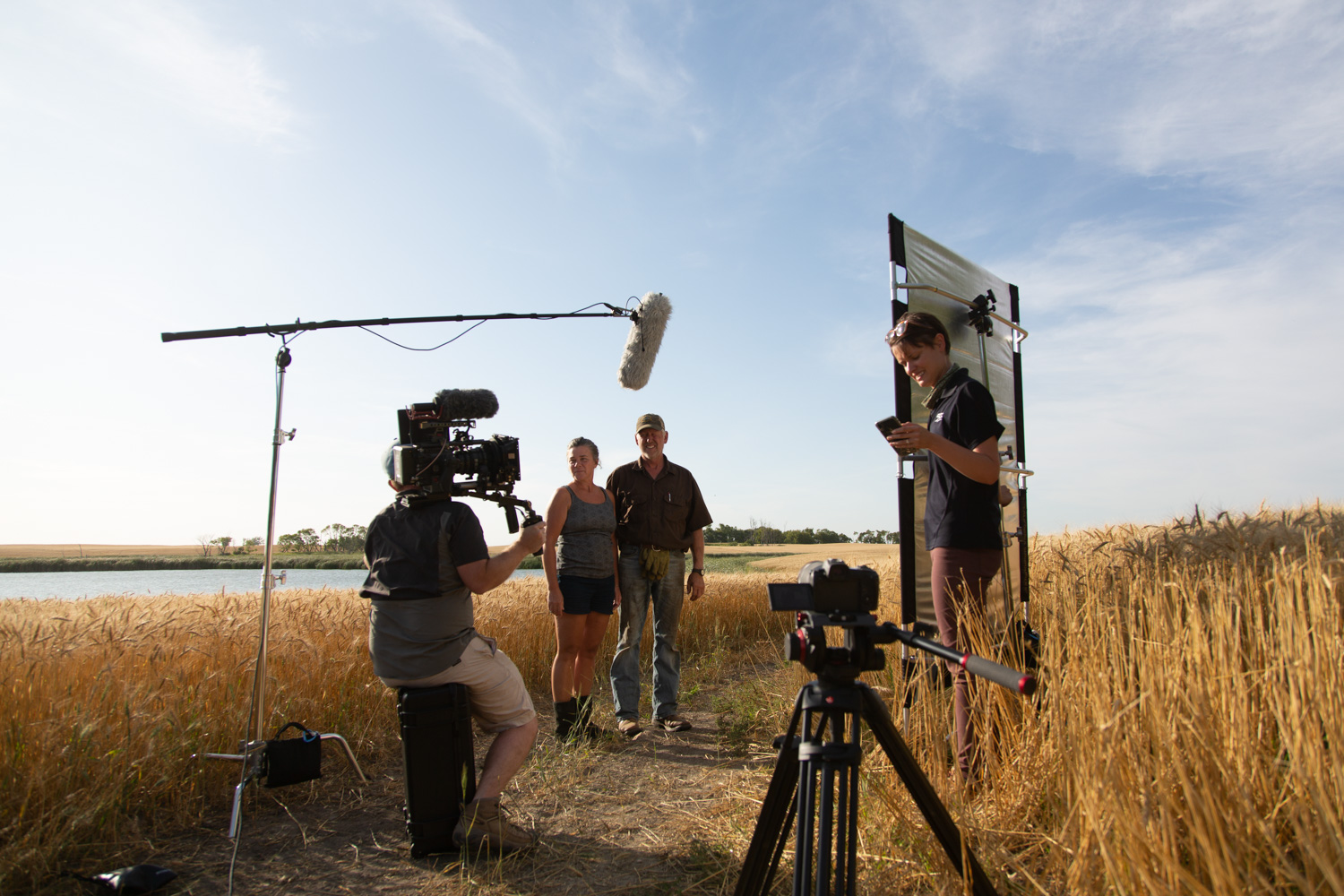 Lisa and Phil Volk take the time to share their family’s story for USW’s video production crew on their farm in north central North Dakota.

USW wants to thank NDWC’s Erica Olson, Market Development and Research Manager, and Jim Peterson, Policy and Marketing Director, for their help arranging this important stop. And for giving their time and effort to share their story at one of the busiest times of their year, as well as for the crops they grow for the world, the Volk family deserves special thanks. 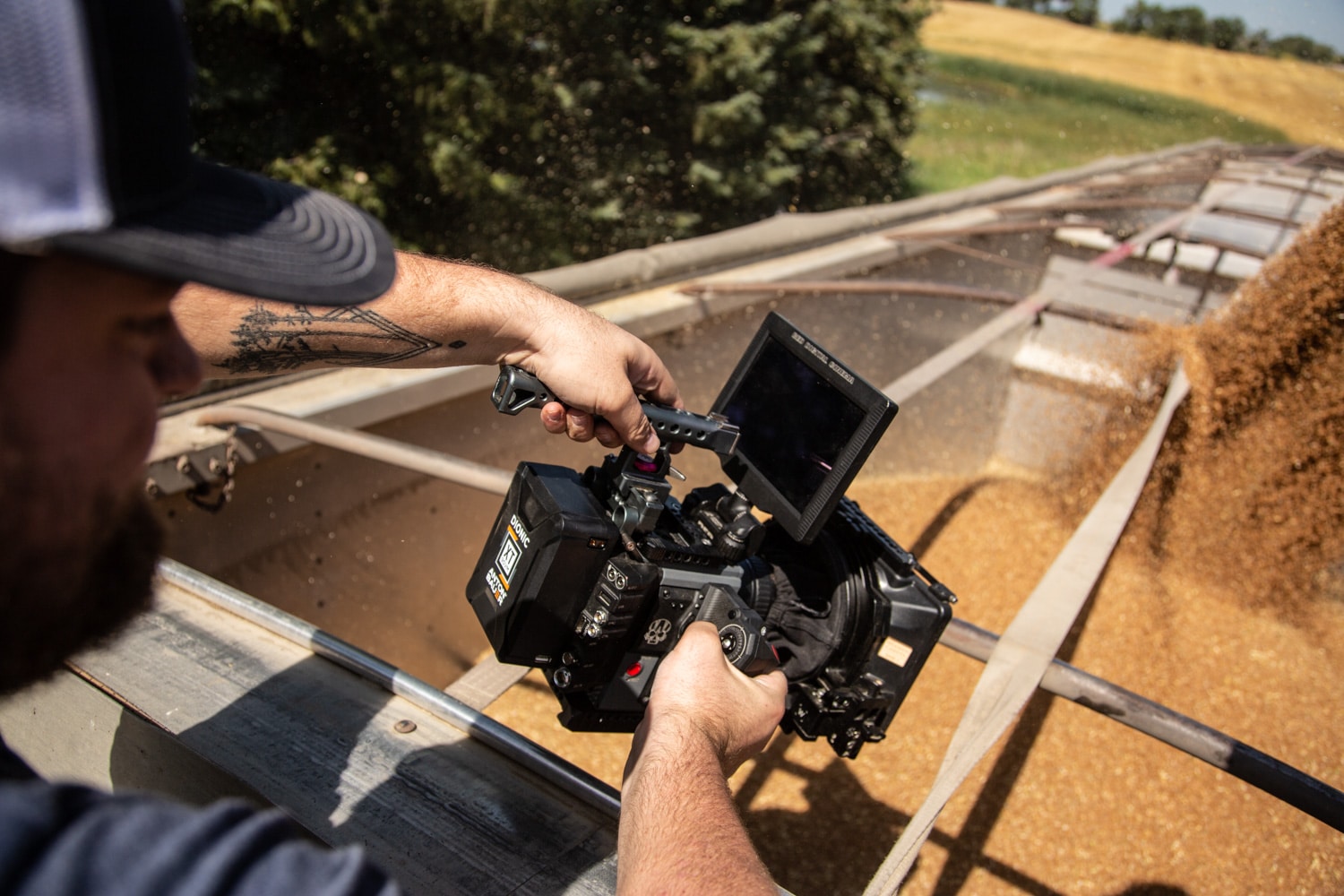 Capturing the ultimate reward for another year of effort on the Volk family farm near York, N.D., for a video production about the people who produce U.S. wheat for the world.