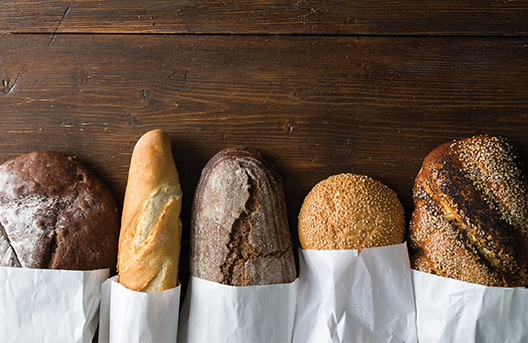 “Disruptions like Russia’s invasion of Ukraine can have a long tail in global trade. I think that is one reason why the [USDA] Secretary is very interested in getting my successor [as USDA Under Secretary for Trade and Foreign Agricultural Affairs] named. And…Gregg Doud’s successor at USTR [as Chief Agricultural Negotiator] named, because more than half the battle is just showing up. And now that we are getting out from under COVID, showing up can make such a difference. If you are not showing up…somebody else is.” – Ted McKinney, CEO National Association of State Departments of Agriculture on Agri-Pulse Newsmakers.

U.S. Wheat Associates (USW) will join the North American Millers Association and National Association of Wheat Growers to host a booth at the inaugural Celebration of Modern Agriculture on the National Mall in Washington D.C., March 21 to 22 for National Ag Day. The public event will showcase U.S. equipment manufacturers, farmers, ranchers, and agriculture innovators on the cutting-edge of science and technology. Learn more about the event here.

The U.S. Drought Monitor released March 8 indicated more than 61% of the contiguous U.S. is in some classification of drought, the largest percentage since 2012. The report emphasized, “the southern Plains and South continue to dry out. As spring approaches and [winter wheat] dormancy is broken, impacts are already showing in these areas….” 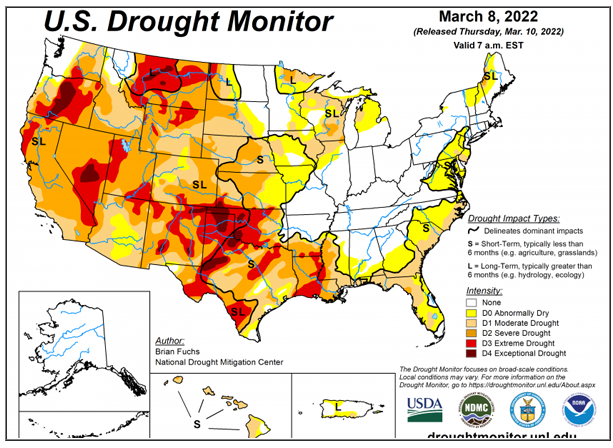