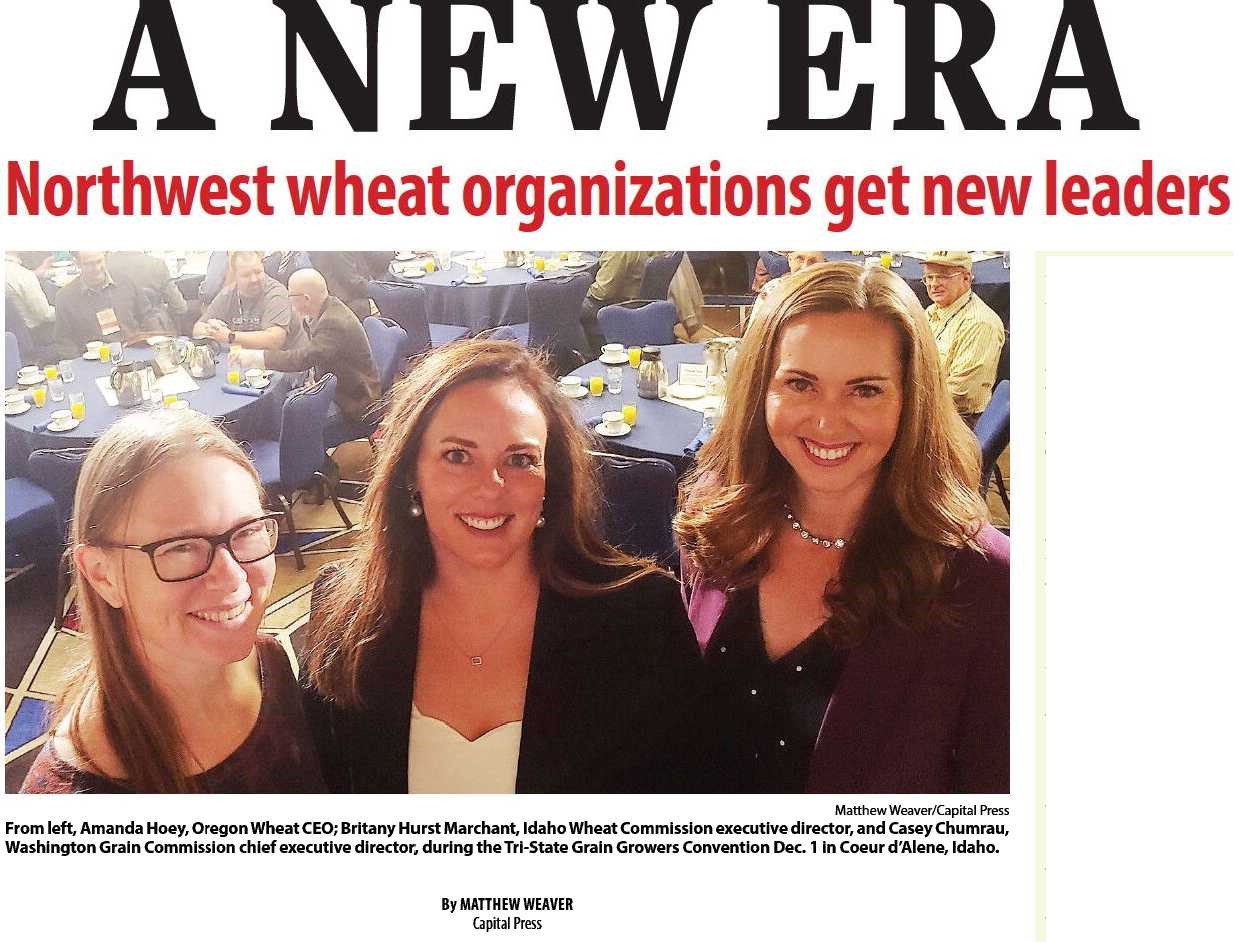 News and Information from Around the U.S. Wheat Industry

“U.S. Wheat Technical Services is an extremely important part of our outreach and service to customers around the world. We got a first-hand look at the importance of the technical details by milling most of the six classes of wheat that the U.S. produces and that is used domestically and on the international scene. For state wheat commissioners, it’s invaluable to understand the details, as well as the competitive world we are in.” – Bill Flory, USW Board of Directors, Winchester, Idaho, after participating in the IGP-KSU Flour Milling for State Wheat Commissioners and Staff Short Course. Read and watch more here.

Our colleague and influential South Asia Bakery Consultant Roy Chung marked 45 years with U.S. Wheat Associates (USW) Jan. 1, 2023. Roy was introduced to USW legacy organization Western Wheat Associates (WWA) in 1986 serving as an assistant and interpreter for a product demonstration in his father’s bakery in Malaysia. He accepted a position with WWA after earning an engineering degree. Capital Press reporter Matthew Weaver profiled Roy in 2018, reprinted here with permission. Roy also described his early career in a 2021 Planet Money podcast titled “The Wheat Whisperer.” The U.S. wheat farmers we represent and his colleagues past and present send Roy congratulations and thanks for his long and dynamic service!

Congratulations to our colleague, Chief Technology Officer Terry Herman who celebrated 30 years with USW on Jan. 4, 2023. A Virginia native, Terry has played a key role in developing the data bases USW uses to collaborate with USDA’s Foreign Agricultural Service export market development programs, maintaining our digital systems and most recently migrating crucial data to “the cloud.” Thanks for all your work over the years, Terry!

In the latest issue of Capital Press, reporter Matthew Weaver shares his roundtable interview with Casey Chumrau, CEO, Washington Wheat Commission; Amanda Hoey, CEO of Oregon Wheat; and Britany Hurst Marchant, Executive Director of Idaho Wheat Commission, all pictured in the Capital Press photo at the top of this page. USW is proud to be partners in promoting U.S. wheat exports with these Pacific Northwest leaders. Read the article here.

The December 2022 Wheat Outlook from the USDA Economic Research Service (ERS) explains USDA’s changes in the official projections for U.S. and world wheat supply and use in the 2021/22 and 2022/23 marketing years that were released in the December 9 World Agricultural Supply and Demand Estimates report. A special article, “Rail Transportation Challenges Among Major Factors Weighing on U.S. Wheat Exports,” is included. Read the report here.

The compounding influence of adverse dry, hot and windy climate patterns slashed wheat yield 4% in Kansas and five other Great Plains states over the past 40 years, Kansas State University researchers reported in the scientific journal Nature Communications. Xiaomao Lin, professor of agricultural climatology, said the study was the first to quantify a connection between change in the nation’s climate and wheat production. The simultaneous combination of low relative humidity with high temperatures and strong winds were shown to be a negative climate risk in terms of yields. Read more here.

A team of researchers that studied the biodiversity of “the U.S. wheat crop over the past century” has reported results in the Proceedings of the National Academy of Sciences (PNAS), a peer reviewed journal of the National Academy of Sciences (NAS). Stating that there is a concern “that modern cropping systems lead to an erosion in crop genetic diversity,” the researchers in fact found that “contrary to commonly held perceptions on the negative impact of modern cropping systems on crop genetic diversity, our results demonstrated a win-win outcome where the widespread uptake of scientifically selected varieties increased both crop production and crop diversity.” Read more here.