“I am very pleased with the talented trade policy team working for U.S. wheat farmers to increase market access and monitor previous trade commitments,” said USW President Alan Tracy. “Dalton’s commitment to our industry and experience managing these and other issues for a major wheat producing state organization will add a lot of strength to that effort.”

“It is exciting to continue working on behalf of our country’s wheat farmers as part of the USW policy team,” Henry said. “They have a great track record of producing results and I look forward to helping move the trade policy agenda forward.”

Henry joined Kansas Wheat in 2010 and has been responsible for implementing policies for the Kansas Association of Wheat Growers and managing the association’s membership function, including member retention, programming, meetings and communications. He has also been the association’s primary contact for Congressional offices, state agencies and agricultural organizations.

A May 2010 graduate of Kansas State University (K-State), Henry earned a bachelor’s degree in agricultural communications and journalism, emphasizing in agricultural economics. He grew up on and is still involved with a diversified crop and livestock operation near Randolph, KS. He was involved in 4-H and FFA, and was elected president of the Kansas FFA Association in 2006. Henry had a distinguished college career, serving on several student government committees and as Student Body President in 2009/10. He was a member of the Alpha Gamma Rho fraternity and served in the College of Agriculture Ambassadors and as a charter member of the Collegiate Farm Bureau chapter at K-State. 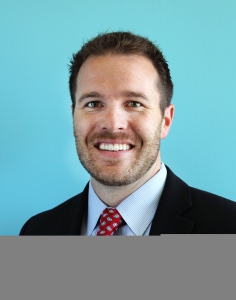