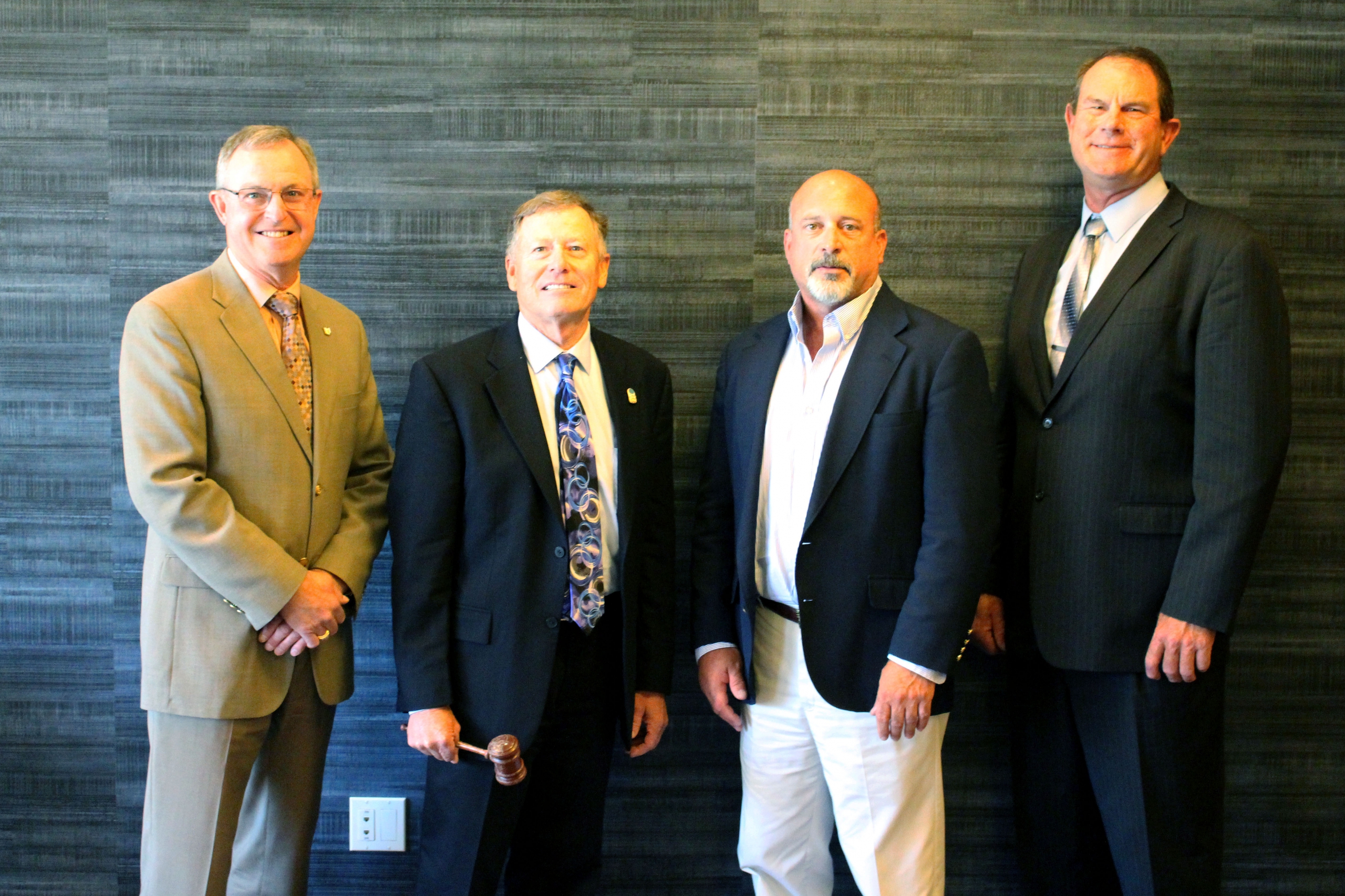 USW officers for 2018/19 are: Chairman Chris Kolstad of Ledger, Mont.; Vice Chairman Doug Goyings of Paulding, Ohio; Secretary-Treasurer Darren Padget of Grass Valley, Ore.; and Past Chairman Mike Miller of Ritzville, Wash. USW officers were elected to these one-year positions at the February 2018 board of directors meeting in Washington, D.C.

The board of directors also welcomed members of the Philippine Association of Flour Millers as special guests at their meeting. Executive Director Ricardo Pinca presented information about the potential threat from Turkish flour imports. Several years ago, the association proved to their government that Turkish companies were dumping flour into the Philippines that created a “material threat” to their business. That threat extended to U.S. wheat sales because Philippines millers import more than 95 percent of their commodity from the United States. Duties were imposed on Turkish flour but they will expire in 2019, so Pinca explained how USW and local millers can work together to fight the future risk of continued dumping.

USW’s next Board meeting will be held jointly with the National Association of Wheat Growers (NAWG) Oct. 29 to Nov. 2, 2018, in Tampa, Fla.

Chris Kolstad is the fourth generation of his family to farm in Montana’s “Golden Triangle” region. He and his wife Vicki have four children, including their son Cary who is a partner in their operation. They grow hard red winter (HRW) wheat, dark northern spring wheat, durum, barley and dry peas. A commissioner of the Montana Wheat and Barley Committee, Kolstad has been a USW director since 2012. He is also a member of the Montana Grain Growers Association and Montana Farm Bureau. He is a regular blood donor and his community leadership includes past service on the local school board, in his family’s church and on the Montana Commission on Community Service.

Darren Padget is a fourth-generation farmer in Oregon’s Sherman County, with a dryland wheat and summer fallow rotation currently producing registered and certified seed on 3,400 acres annually. Previously, Padget held positions on the Oregon Wheat Growers League board of directors and executive committee for seven years, serving as president in 2010. He chaired the NAWG Research and Technology Committee and served on the Mid-Columbia Producers board of directors, for which he was an officer for 10 years.

Doug Goyings’ family has been farming in northwestern Ohio since 1884. Goyings and his family grow soft red winter (SRW) and have hosted numerous trade teams on their farm. He has served in Ohio and national agricultural leadership positions for 37 years. Goyings has been a member of the USW board since 2009 and is a past chairman of the USW Long-Range Planning Committee. He serves as a director for the Ohio Small Grains Checkoff Board, is a past-president of his local Farm Bureau and has served as a director for the Ohio Veal Growers Inc., Creston Veal, Inc. and Paulding Landmark, Inc.

Mike Miller is a fourth-generation farmer who operates a dryland wheat farm and grows multiple crops on a separate, irrigated farm in east central Washington. He has served on many local, state and national boards, and this is his seventh year as a USW director representing the Washington Grain Commission. Miller is also very active in supporting wheat research and development. He and his wife, Marci, have three children.

USW’s mission is to develop, maintain and expand international markets to enhance wheat’s profitability for U.S. wheat producers and its value for their customers in more than 100 countries. Its activities are made possible through producer checkoff dollars managed by 17 state wheat commissions and cost-share funding provided by USDA’s Foreign Agricultural Service. 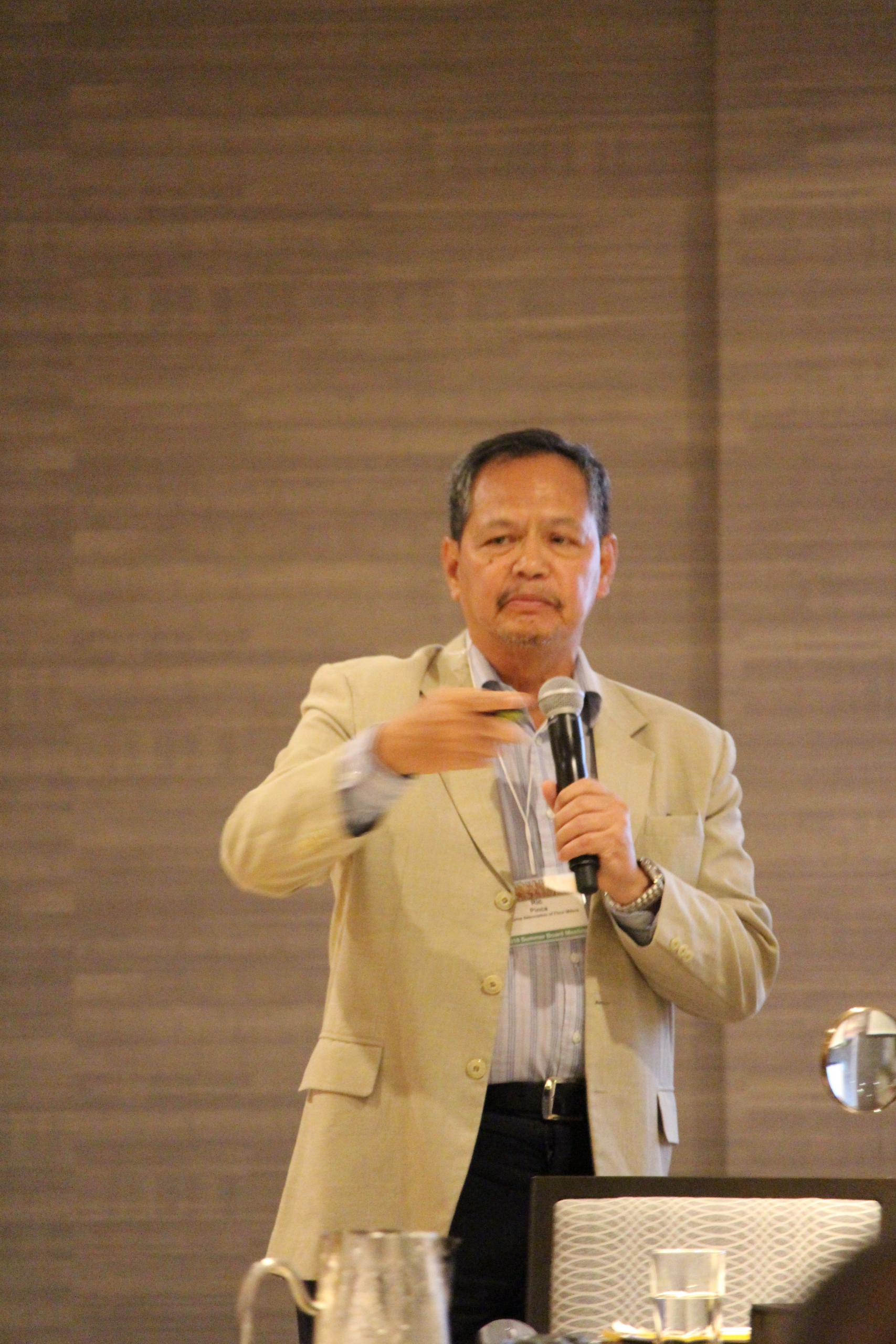 Caption: Ricardo Pinca, Executive Director of the Philippine Association of Flour Millers, presented information about the continuing threat to U.S. wheat exports and the flour milling industry from the dumping of Turkish flour into the Philippines.