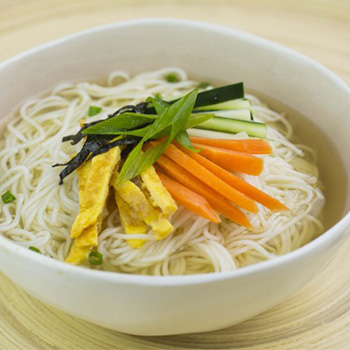 Every year since 2015, the USW Seoul Office conducts a Korean Noodle Flour Development short course at the Wheat Market Center (WMC) in Portland, Ore., and a Noodle Flour Blending Seminar in Seoul to demonstrate the advantages of blending with U.S. wheat.

In December 2017, USW shared the course results and reviewed quality parameters with Korean noodle manufacturers and flour millers. A highly regarded local expert presented information on quality parameters affecting noodle flour functionality. Because of this, one company said that they intend to use HRS for a new end-product line in 2018. Another company reported that they increased U.S. wheat percentage in their noodle formulation from 50 percent in CY15 to 90 percent in CY17, and is also using U.S. wheat flour in their export product portfolio, which increased by 20,000 metric tons (MT) in CY17. And a third company reported that they also increased U.S. wheat in their blends in CY17, absorbing 10,000 MT of additional U.S. wheat flour. All participants reported that the seminar provided a valuable opportunity to share information on improving noodle quality.

Despite lacking a single U.S. wheat class with optimal noodle quality, USW’s efforts — funded by state wheat commissions, MAP and FMD — have helped secure a 20 percent share of the wheat imported for the Korean noodle market. The top four instant noodle manufacturers in South Korea consistently now use more than 45 percent U.S. wheat, up from less than 25 percent in 2009.