You are here: Home1 / monetization 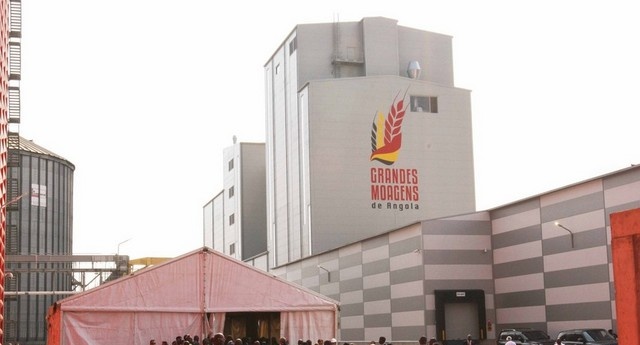 The West African nation of Angola is making good progress in its desire to improve food security for a rapidly growing population, currently estimated at 24.5 million people. The Angolan government believes that building its own food processing capacity is a crucial part of that effort to help reduce the cost of importing food, while creating jobs for the Angolan people and preserving foreign exchange. Angola currently imports an estimated 800,000 MT of processed wheat flour from various origins to produce popular baguettes and Portuguese style bread, but the country was not always dependent on flour imports.

In 2016, USW met with representatives of an Angolan flour mill that plans to expand its capacity beginning in 2017 and another mill that planned to re-open a mill that had been closed for 10 years. Wiese proposed using the Quality Samples Program (QSP) to demonstrate the value and utility of U.S. HRW to the mills’ staff and customers. Under QSP, USW coordinated the shipping of two separate HRW milling wheat samples from Kansas through an export terminal in Norfolk, Va., to the Angolan flour mills in late January 2017. After milling, analysis of the flour showed the HRW wheat met industry standards and produced good quality baked products, including the flour produced by the re-opened mill. With competitive prices and expanded storage, those mill managers say HRW will be strongly considered for import.

In a separate QSP activity, USW’s local representatives and staff from its West Coast Office in Portland, OR, worked through the North American Millers’ Association (NAMA) to purchase and mill HRW wheat and ship the flour to an Angola food processing company to demonstrate its use in pasta production. The U.S. Ambassador to Angola, Helena M. La Lime, and representatives from USW and NAMA celebrated the arrival of this shipment in a ceremony at the processing company on Feb. 28, 2017. Amb. La Lime highlighted the great potential U.S. wheat has in supporting Angola’s milling and food industries and said the United States “supports Angola’s efforts to diversify the economy through industrialization and increased local production of consumer goods.”

U.S. wheat farmers are pleased that their wheat has the potential to help improve economic conditions in Angola. Through trade service, technical support and training funded by wheat farmers and USDA, our organization tries to build lasting relationships with our valued customers around the world. And, assuming prices remain competitive in the changing world wheat trade, we hope that our support will lead to increased demand for HRW to produce great bread, pasta and other wheat food products for the Angolan people.