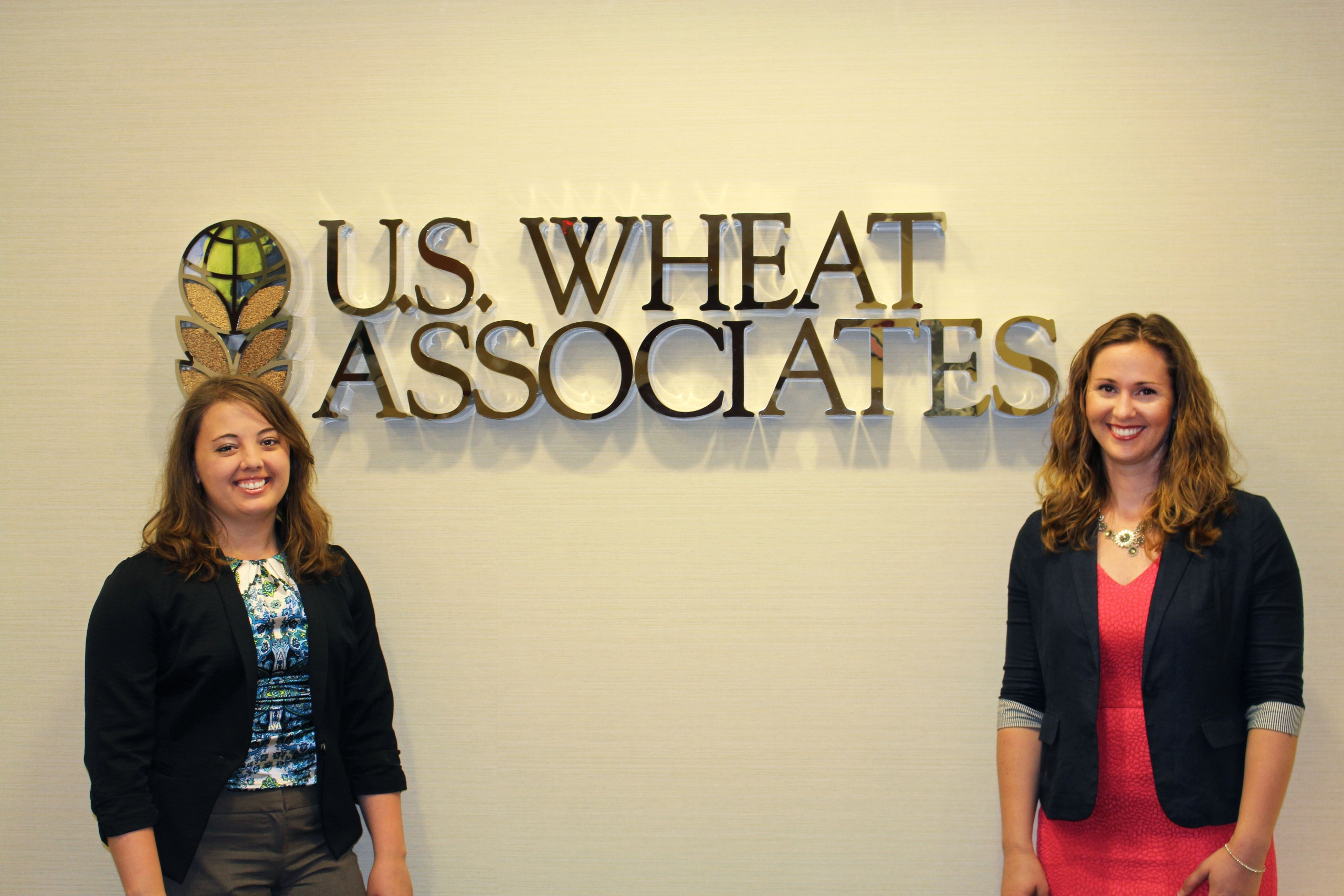 ARLINGTON, Virginia — U.S. Wheat Associates (USW) announces that Market Analyst Casey Chumrau will transfer to the organization’s Santiago, Chile, office as Marketing Manager for South America, and Planning and Programs Assistant Stephanie Bryant-Erdmann will move into the Market Analyst position. Each have started a transition to their new assignments, which will officially start in mid-September 2015.

“Casey is taking a newly created position in a region where wheat demand is growing in several markets,” said USW Vice President of Overseas Operations Vince Peterson. “We are happy we can provide this kind of opportunity to a talented young associate and at the same time expand our ability to serve customers in ways that increase demand for U.S. wheat.”

Latin America now represents about 40 percent of total U.S. wheat exports. Annual exports to South America the past five years averaged 3.3 million metric tons (MMT) and included five of the six U.S. wheat classes. That represents significant growth compared to the five-year annual average of 2.2 MMT per year as of marketing year 2011/12 (June to May).

Chumrau, who joined USW in 2011, will report to Regional Vice President Alvaro de la Fuente. A Montana native, Chumrau earned a master’s degree in business administration from the University of Montana and bachelor’s degrees in history and Spanish from the University of Oregon. She also studied abroad in Chile and Italy, spent a year working in Costa Rica and is fluent in Spanish.

Bryant-Erdmann was raised and worked on her family’s Nebraska cattle ranch and earned a bachelor’s degree at the University of Nebraska-Lincoln in agricultural education. Her master’s program thesis at Cornell University’s Institute for Public Affairs focused on the economic feasibility of exporting Kenyan cheese to the United Arab Emirates. At the same time, she was working as an intern at the U.S. Department of Commerce’s Trade Information Center where she helped create educational materials for U.S. organizations looking to export products and services.

“Stephanie joined our organization a year ago and quickly demonstrated competence and an interest in new assignments like this,” said Vice President of Communications Steve Mercer. “Market analysis is a big part of our outreach to overseas wheat buyers and our industry stakeholders at home so that position is moving into our communications function.”