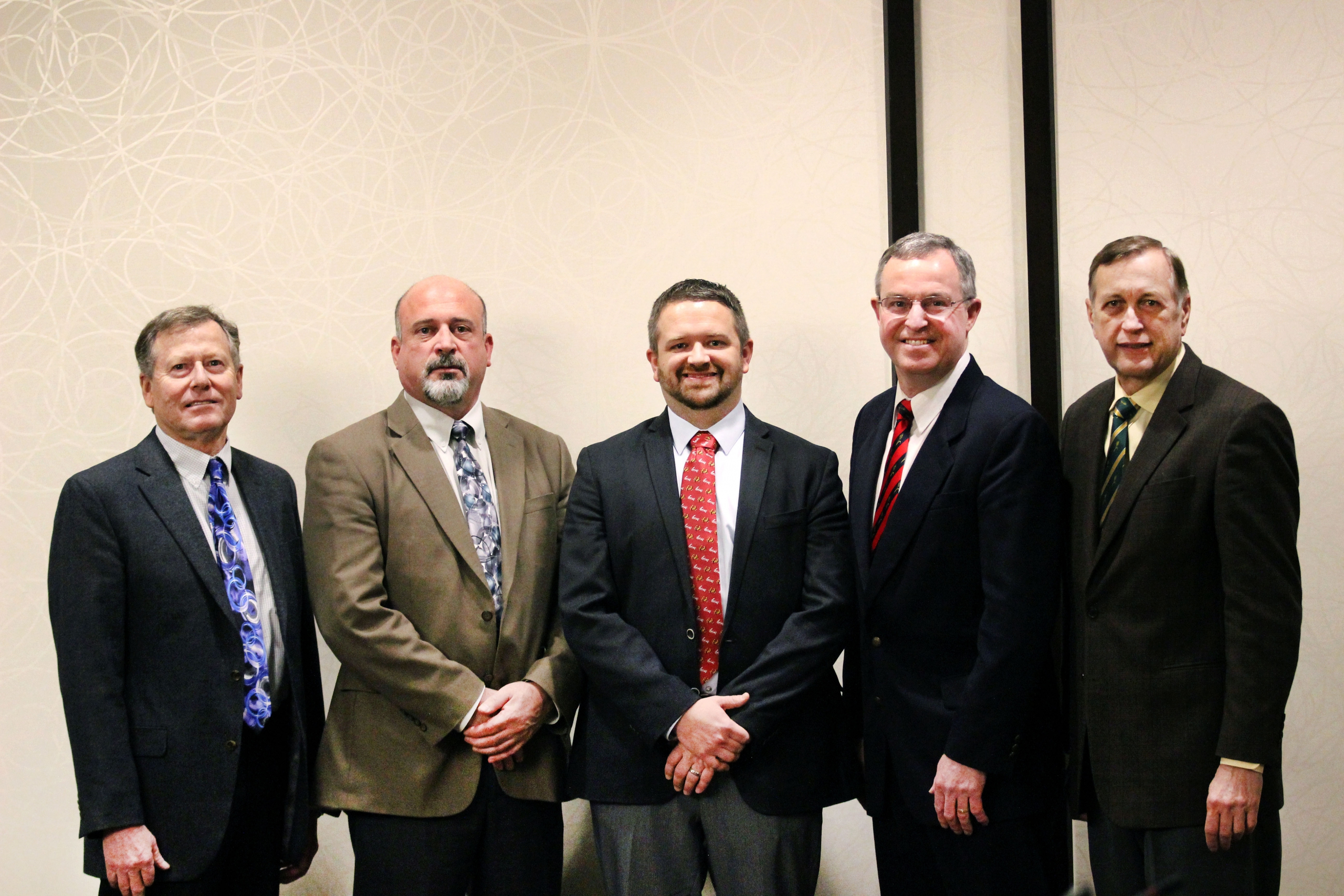 WASHINGTON, DC — The U.S. Wheat Associates (USW) Board of Directors elected new officers for the 2017/18 (July to June) fiscal year at their meeting Feb. 2, 2017, in Washington, DC. The board elected Doug Goyings of Paulding, OH, as Secretary-Treasurer, current Secretary-Treasurer Chris Kolstad of Ledger, MT, as Vice Chairman and current Vice Chairman Mike Miller of Ritzville, WA, as Chairman. These farmers will take their new leadership roles at the USW Board meeting in July 2017 in Annapolis, MD, when current Chairman Jason Scott of Easton, MD, will become Past Chairman. USW is the export market development organization for the U.S. wheat production industry.

“I think it’s important for growers to give back and U.S. Wheat Associates has had such a strong and positive influence on my family’s farming operation as well as many other farms across the nation,” said Goyings. “With many pressing issues for wheat, we need a strong, united industry guiding us forward and I am honored to be a part of the leadership team working to continue to positively affect U.S. wheat farmers.”

“I’m happy to congratulate Doug Goyings for winning the election, I think he’ll make an excellent Secretary-Treasurer,” said Scott. “U.S. Wheat Associates has a strong board, filled with dedicated farmers that are willingly take time out from their own operations to represent wheat farmers. Without this type of leadership our wheat industry would not have the strong foundation and market share it does today. I look forward to working with the team to continue to promote the U.S. wheat grower’s competitive advantage, which is the quality and reliability of supply.”

Doug Goyings’ family has been farming in northwestern Ohio since 1884. Together with his wife Diane, son Jeremy, daughter-in-law Jessica and his twin grandsons, Goyings grows soft red winter (SRW) and has hosted numerous trade teams on their farm. With more than 35 years of experience representing wheat and Ohio agriculture, Goyings has been a member of the USW board while serving as a director for the Ohio Small Grains Checkoff Board since 2009 and is a past chairman of the USW Long-Range Planning Committee. He is also a past-president of his local Farm Bureau and has previously sat on the board of directors for the Ohio Veal Growers Inc., Creston Veal, Inc. and Paulding Landmark, Inc.

Chris Kolstad’s family farm is located in Montana’s “Golden Triangle” region. He and his wife Vicki have four children, including their son Cary who is a partner in their operation and the fifth generation of their family to farm. Kolstad grows hard red winter (HRW) wheat, dark northern spring wheat and durum, barley and dry peas. As a commissioner of the Montana Wheat and Barley Committee, Kolstad has represented his state on the USW board since 2012. He is also an active member of the Montana Grain Growers Association and Montana Farm Bureau. His community leadership includes serving on his local school board, as treasurer for his family’s church and has been a regular blood donor since 1972.

A sixth generation farmer from Maryland’s Eastern Shore, Jason Scott is the farm manager of Walnut Hill Farms where he produces soft red winter (SRW) wheat, row crops and vegetables. Scott is also an Independent Sales Representative for Pioneer Hi-Bred Int’l, under the title Scott’s Seed, L.L.C. A founding member of the Dorchester County Young Farmers, past president of the Maryland Grain Producers Utilization Board and the Maryland Grain Producers Association, Scott is no stranger to industry leadership. In 2011, he was presented the Maryland Young Farmers Achievement Award. In his eight years on the USW Board, Scott has represented his state and USW on two board team delegations to Africa and Europe and served as Secretary-Treasurer, Vice Chairman and Chairman as well as on several USW committees. He and his wife Dr. Casey Scott have a young daughter and son.

USW’s mission is to “develop, maintain, and expand international markets to enhance the profitability of U.S. wheat producers and their customers.” USW activities in more than 100 countries are made possible through producer checkoff dollars managed by 19 state wheat commissions and cost-share funding provided by USDA/Foreign Agricultural Service. USW maintains 17 offices strategically located around the world to help wheat buyers, millers, bakers, wheat food processors and government officials understand the quality, value and reliability of all six classes of U.S. wheat. For more information, visit our website at www.uswheat.org. 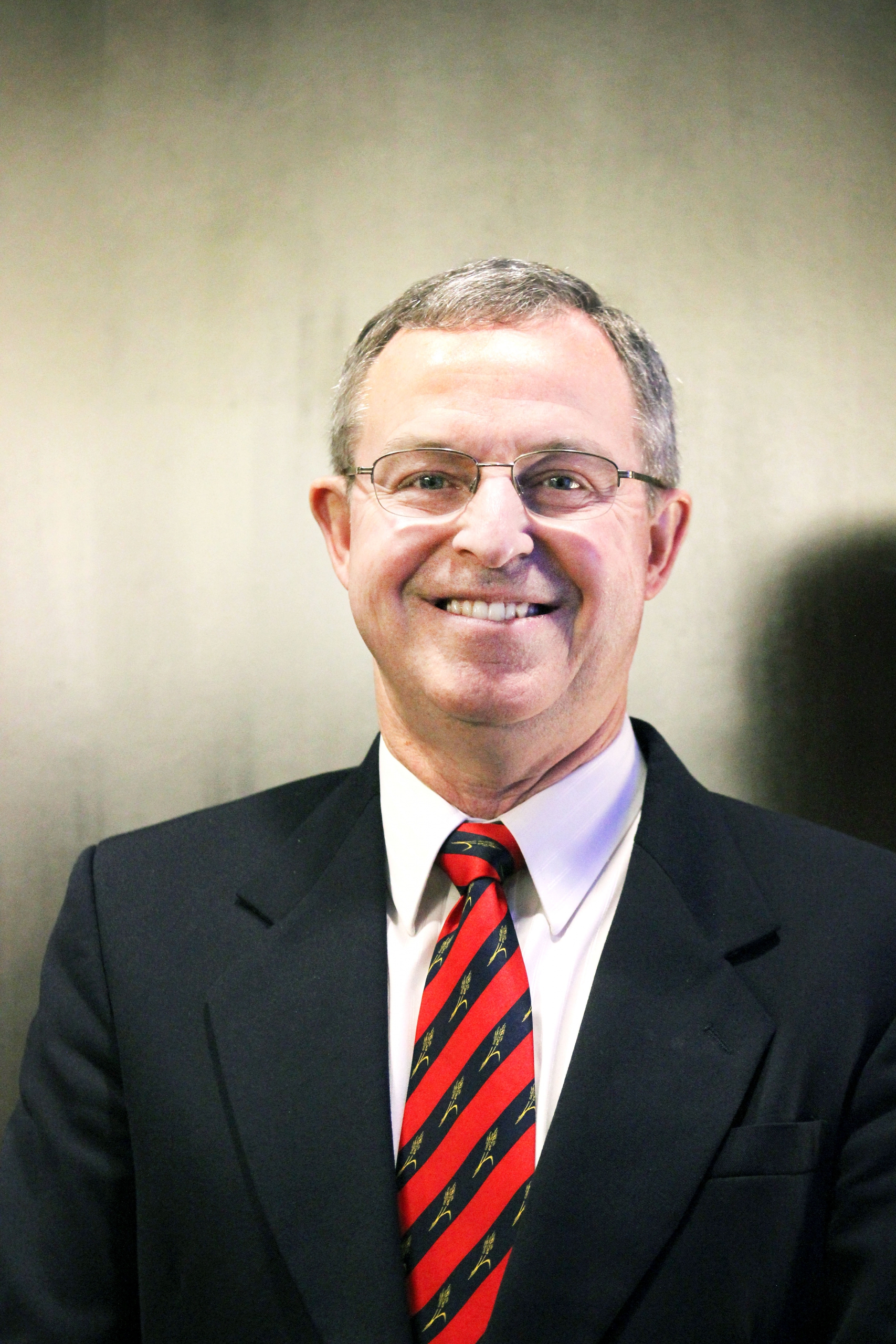 Doug Goyings (above), Paulding, OH, was elected Secretary-Treasurer of U.S. Wheat Associates (USW) for fiscal year 2017/18. He will take office in July 2016 at the USW Board of Directors annual meeting in Annapolis, MD.