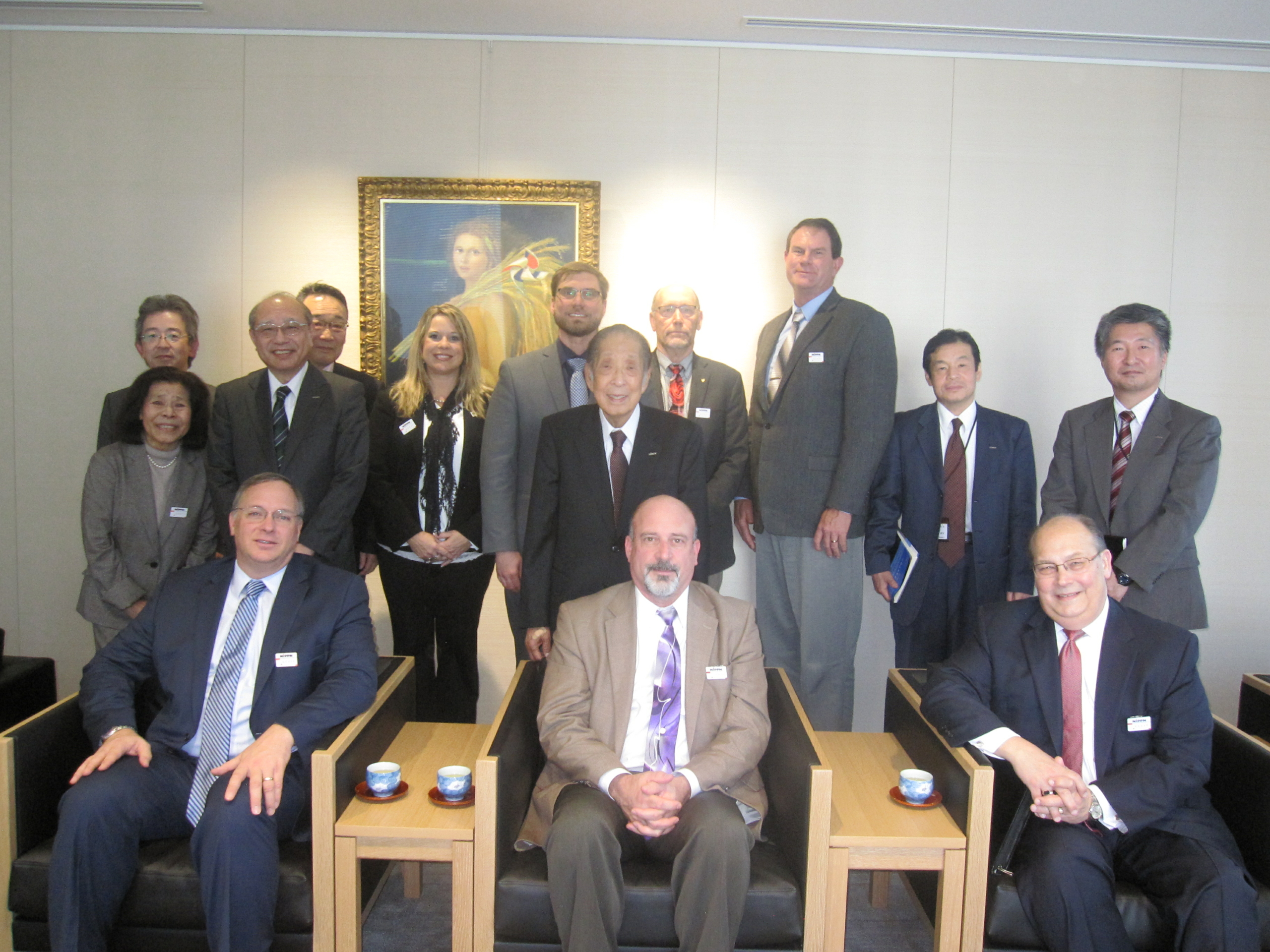 Japan has purchased significantly more U.S. wheat than any other country since 1949, when the Oregon Wheat Growers League first organized a trade delegation to investigate opportunities for expanding U.S. wheat sales there.

Today, the Japanese domestic milling and wheat foods industries are highly advanced and demand consistent, high quality wheat and flour. USW Chairman Mike Miller, of Ritzville, Wash., told members of the association that U.S. farmers are very proud to supply much of that wheat every year.

“It is good to know that our wheat is an essential ingredient in the wonderful wheat foods the Japanese people enjoy — and an essential ingredient in the success of these flour millers,” Miller said. “I reassured them that to honor their achievements, farmers will continue to invest in trade service and technical support in Japan, and to improve the quality and wholesomeness of our wheat to meet their needs in the future.”

“It was a great pleasure to congratulate the association’s Chairman, Mr. Masayuki Kondo, President of the Japan Flour Millers Association, and the members of the association in person on their important anniversary,” said USW President Vince Peterson. “We were also able to thank our respected friend and colleague, Mr. Masaaki Kadota, who is retiring after many years serving as the association’s Executive Director.”

With support from state wheat commissions and USDA’s Foreign Agricultural Service, USW focuses on providing up-to-date market information and collaborating with Japanese industry groups to demonstrate the quality and value of U.S. wheat. The mills provide purchase specifications to Japan’s Ministry of Agriculture, Fisheries, and Forestry (MAFF) based on the strict characteristics their wheat food customers demand. Japanese grain trade organizations act as intermediaries between MAFF and overseas sellers. Then MAFF carries out all milling wheat purchases and sells the wheat to Japanese flour mills.

“It is difficult to express how much we value our partnership with Japan’s flour millers and the rest of the wheat foods industries,” Peterson said. “We have developed a deep level of trust by maintaining an open dialogue with them. That has been so important to our mutually beneficial, long-term trading relationship and we confirmed our commitment to continue our partnership in that spirit.”

U.S. farmers continue to earn the largest market share in this well-established and quality conscious wheat market. MAFF issues consistent weekly tenders for U.S. hard red spring (HRS), hard red winter (HRW) and Western White, a blend of soft white (SW) and up to 20 percent club wheat. As a result, Japan has purchased an average of 3.1 million metric tons (about 114 million bushels) of wheat annually the past five years.

U.S. Wheat Associates (USW) is the industry’s market development organization working in more than 100 countries. Its mission is to “develop, maintain and expand international markets to enhance wheat’s profitability for U.S. wheat producers and its value for their customers.” USW activities are funded by producer checkoff dollars managed by 17 state wheat commissions and USDA Forei­gn Agricultural Service cost-share programs. For more information, visit www.uswheat.org or contact your state wheat commission.

Nondiscrimination and Alternate Means of Communications
USW prohibits discrimination in all its programs and activities based on race, color, religion, national origin, gender, marital or family status, age, disability, political beliefs or sexual orientation. Persons with disabilities who require alternative means for communication of program information (Braille, large print, audiotape, etc.) should contact USW at 202-463-0999 (TDD/TTY – 800-877-8339, or from outside the U.S., 605-331-4923). To file a complaint of discrimination, write to Vice President of Finance, USW, 3103 10th Street, North, Arlington, VA 22201, or call 202-463-0999. USW is an equal opportunity provider and employer.