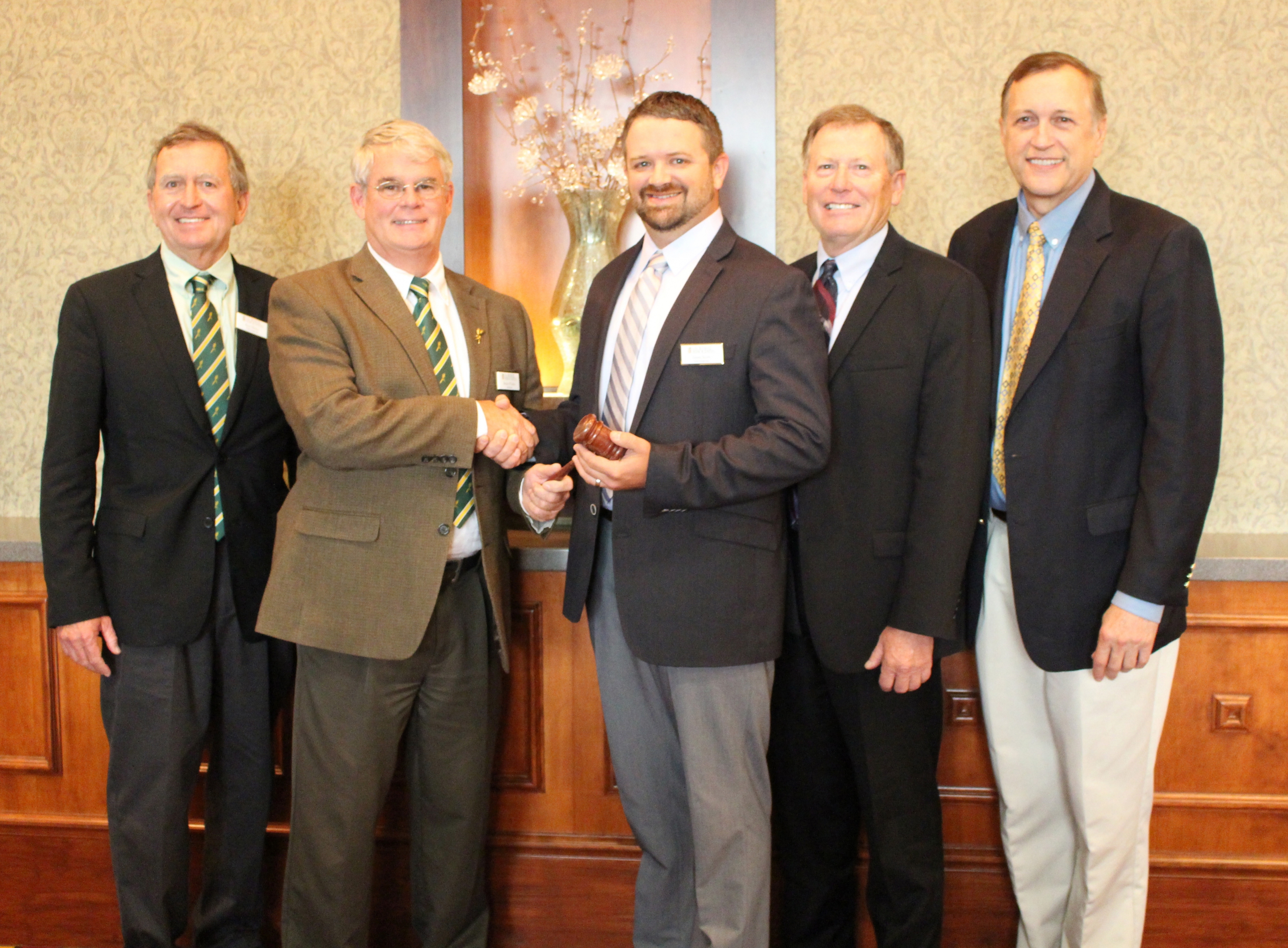 FARGO, North Dakota – The U.S. Wheat Associates (USW) Board of Directors installed new officers at its annual meeting July 20, 2016, in Fargo, ND. Jason Scott of Easton, MD, was installed as Chairman, while last year’s Chairman Brian O’Toole of Crystal, ND, transitioned to Past Chairman and Chairman of the USW Budget Committee. Other officers installed included Mike Miller of Ritzville, WA, as Vice Chairman and Chris Kolstad of Ledger, MT, as Secretary-Treasurer. USW officers were elected to these one-year positions at the January 2016 Winter Wheat Conference in Washington, DC.

Jason Scott is a sixth generation wheat farmer from Maryland’s Eastern Shore, where he is farm manager of Walnut Hill Farms and produces soft red winter (SRW) wheat, row crops and vegetables. He is also an Independent Sales Representative for Pioneer Hi-Bred Int’l, under the title Scott’s Seed, L.L.C. Scott is a founding member of the Dorchester County Young Farmers, past president of the Maryland Grain Producers Utilization Board and the Maryland Grain Producers Association. In 2011, he won the Maryland Young Farmers Achievement Award. In his seven years on the USW Board, Scott has represented his state and USW on two board team delegations to Africa and Europe and served as Secretary-Treasurer and Vice Chairman as well as on several USW committees. He and his wife Dr. Casey Scott have a young daughter.

Chris Kolstad is the fourth generation of his family to farm in Montana’s “Golden Triangle” region. He and his wife Vicki have four children, including their son Cary who is a partner in their operation. They grow hard red winter (HRW) wheat, dark northern spring wheat and durum, plus barley and dry peas. A commissioner of the Montana Wheat and Barley Committee, Kolstad has represented his state on the USW board since 2012. He is also a member of the Montana Grain Growers Association and Montana Farm Bureau. His community leadership includes serving on his local school board, as treasurer of his family’s church and as a regular blood donor who has given almost 19 gallons of blood since 1972.

Brian O’Toole is the president of T.E. O’Toole Farm Seed Company. He and his wife Sara have four children and raise wheat, edible beans and sugarbeets on their northeast North Dakota farm. O’Toole is an experienced agricultural and community leader. He serves on the North Dakota Wheat Commission, on the board of the Wheat Marketing Center in Portland, OR, and is Chairman of SBARE Wheat Granting Committee. He is also past president of the North Dakota Crop Improvement and Seed Association and past president of Crystal Farmers Elevator Co-op. O’Toole has received the Young Outstanding Farmer Award, Master Farmer Award and Friends of 4-H Award. He has served as Secretary-Treasurer and Vice Chairman of USW.

Also during the USW board meeting, committees met on Monday, July 18, and Tuesday, July 19, including the Joint Biotechnology and Joint International Trade Policy committees that operate in conjunction with the National Association of Wheat Growers (NAWG). Official business was called to order Tuesday, July 19, and continued through Wednesday, July 20.

Reports to the board included a welcome from North Dakota Lieutenant Governor Drew Wrigley, background on local production and policy from the Agriculture Commissioner of North Dakota, Doug Goehring, and a review of market factors that could change the dynamics of the world wheat market from Mike Krueger, President of The Money Farm. The board also heard an update on trade relations with Cuba from Tyler Jameson, Legislative Assistant to Sen. Heidi Heitkamp (D-ND), USW Regional Vice President Mitch Skalicky and Assistant Director of Policy Ben Conner. The farmer directors from 18 states also heard from Vance Taylor, President and General Manager of the North Dakota Mill and Elevator Association in Grand Forks, ND, about the history and output of the only state-owned milling facility in the United States.

USW is the industry’s market development organization working in more than 100 countries. Its mission is to “develop, maintain, and expand international markets to enhance the profitability of U.S. wheat producers.” The activities of USW are made possible by producer checkoff dollars managed by 19 state wheat commissions and through cost-share funding provided by USDA’s Foreign Agricultural Service. For more information, visit www.uswheat.org or contact your state wheat commission. 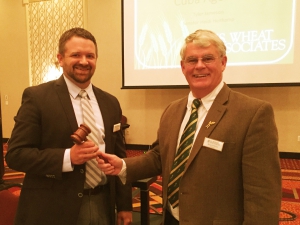