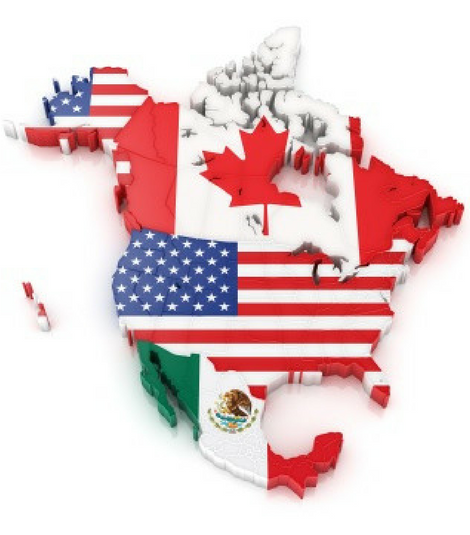 ARLINGTON, Virginia — Today, organizations along the North American wheat value chain sent a letter to President Trump, President Peña Nieto, Prime Minister Trudeau, as well as to lead negotiators from each country, Ambassador Lighthizer, Minister Freeland, and Minister Guajardo, stressing the importance of the North American Free Trade Agreement (NAFTA) to the wheat industry. Ranging from seed to bread and baked goods, key groups from the wheat value chain signed onto the letter.

“As we enter the sixth round of negotiations, it’s important to remember that NAFTA created the world’s largest free trade area between the United States, Mexico, and Canada,” said Gordon Stoner, President of the National Association of Wheat Growers (NAWG) and a wheat farmer from Outlook, Mont. “NAFTA has benefited not only wheat growers but all our partners along the entire value chain from farmers to consumers and everyone in between. The fact that wheat producers and end users from all three countries would speak with one voice about the importance of NAFTA should speak volumes to our leaders.”

“The relationship between U.S. wheat farmers and Mexican flour millers and wheat food companies took off with NAFTA,” said Mike Miller, Chairman of U.S. Wheat Associates (USW) and a wheat farmer from Ritzville, Wash. “It is a highly successful partnership, with tariff-free access, that helped make Mexico our largest customer the past two years and supports revenue for wheat farmers from dozens of states.”

In the letter, the groups emphasized that an updated trade deal is critical to ensure that all of us can work together to provide the highest quality products at the greatest value for both the supply chain and consumers. Further, the letter states that an integrated supply chain between the three countries is only effective with NAFTA in place.

“The industry understands the need to modernize the 23-year-old agreement, but it must be done in a way that benefits the food and agriculture sectors in all three countries,” continued Stoner. “It’s critical that all parties remember during the negotiations that when one link breaks, the entire chain is weakened.”