You are here: Home1 / Precision Agriculture 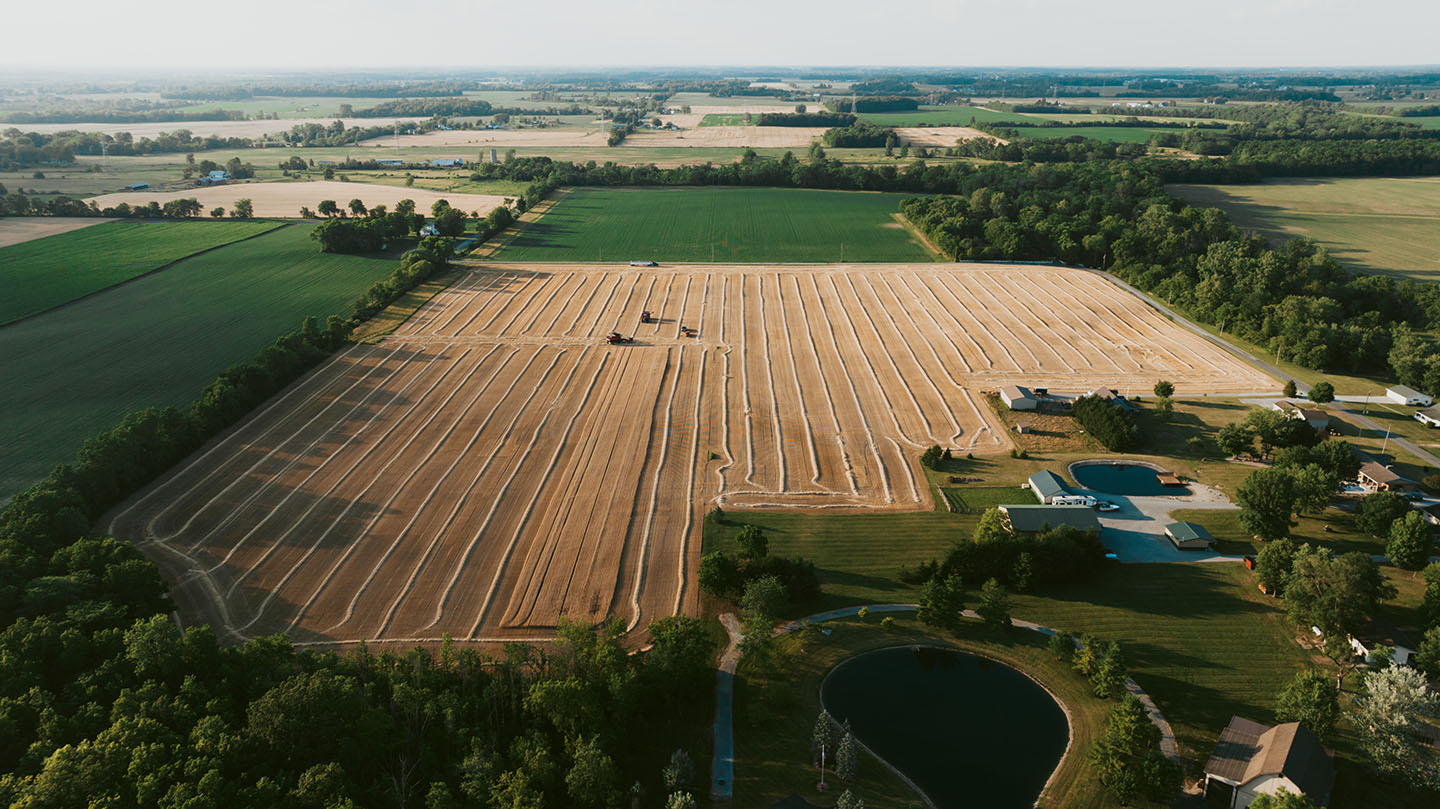 U.S. farmers work every day to make the United States a sustainable source of wheat for domestic and overseas use. They assume enormous levels of risk. And, as they are asked to do more with less by their customers and society, farmers lead the way in the use of innovations like precision agriculture technologies.

Precision agriculture uses information technology and “smart” equipment to ensure that crops and soil receive exactly what they need for optimum health and productivity. The goal is to ensure economic and environmental sustainability for the farmer and the public.

The U.S.-based Association of Equipment Manufacturers (AEM) has published a whitepaper that identifies trends that may influence the future of global food production, including several that touch on precision agriculture. An online publication called Precision Farming Dealer recently summarized those trends.

In 2021, AEM and other organizations also published a study on the Environmental Benefits of Precision Agriculture. The study found farmers using precision technology saw a 4% increase in crop production, 7% increase in fertilizer placement efficiency, 9% reduction in herbicide and pesticide use, and 6% reduction in fossil fuel use. According to the U.S. Sustainability Alliance, U.S. wheat yields increased more than 25% since 1980 through breeding and improved agronomic practices including precision agriculture technologies. 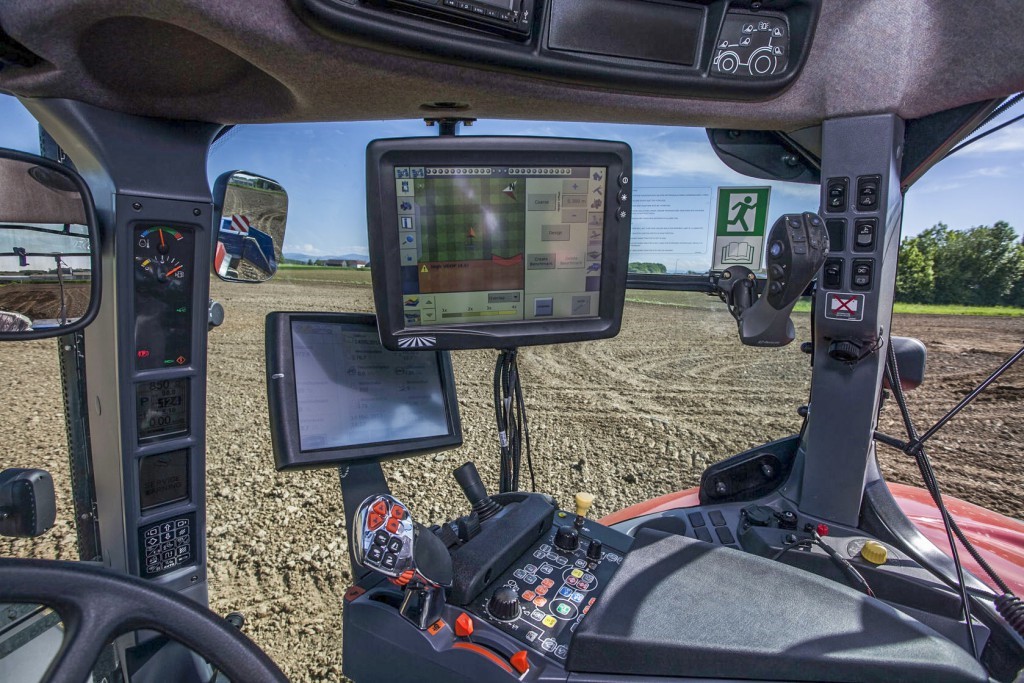 Precision Agriculture in the Cab. Farmers are adapting equipment that will continue to work smarter and do more with continued application of machine learning and connectivity, a pivotal part of increasingly sustainable wheat and other crop production systems.

“Connectivity is the lynchpin of agriculture’s future,” AEM report stated. Connectivity enables precision technologies, artificial intelligence and automation, and other components of the food chain of the future. And there is room to grow on the farm, and the U.S. federal government is helping by funding improved internet access in rural areas.

Farming With the “Internet of Things”

The AEM believes the agriculture industry is well-suited to maximize the influence of substantial amounts of “IoT” data. The report predicts artificial intelligence will begin to assume a prominent role throughout the entire crop production process over the next 10 years.

For example, precision agriculture equipment will work smarter and do more with continued application of machine learning and use of image recognition. Smart sprayers are already pairing image recognition with artificial intelligence for precise and only-as-needed crop protection applications.

The rapidly advancing technology in agriculture holds exciting potential for positive innovations in wheat production and other crop systems. Yet there are always unexpected consequences. For example, equipment manufacturers’ use of proprietary repair tools, software, and diagnostics can limit the farmer’s ability to repair their own equipment. This means farmers have to pay dealer rates for repairs that they or third-party repair shop could do at a much lower cost. This is identified as the “right to repair” debate.

Still, as AEM stated, by adapting precision agriculture and other practices, farmers will always lead the way on sustainability.

“The world is changing,” AEM said. “Over the next 10 years, the one constant at the center of it all will be the American farmer, blessed with the ingenuity and tenacity needed to continue ensuring a reliable food supply here at home and abroad.”

Read more about innovation and sustainability at www.uswheat.org. 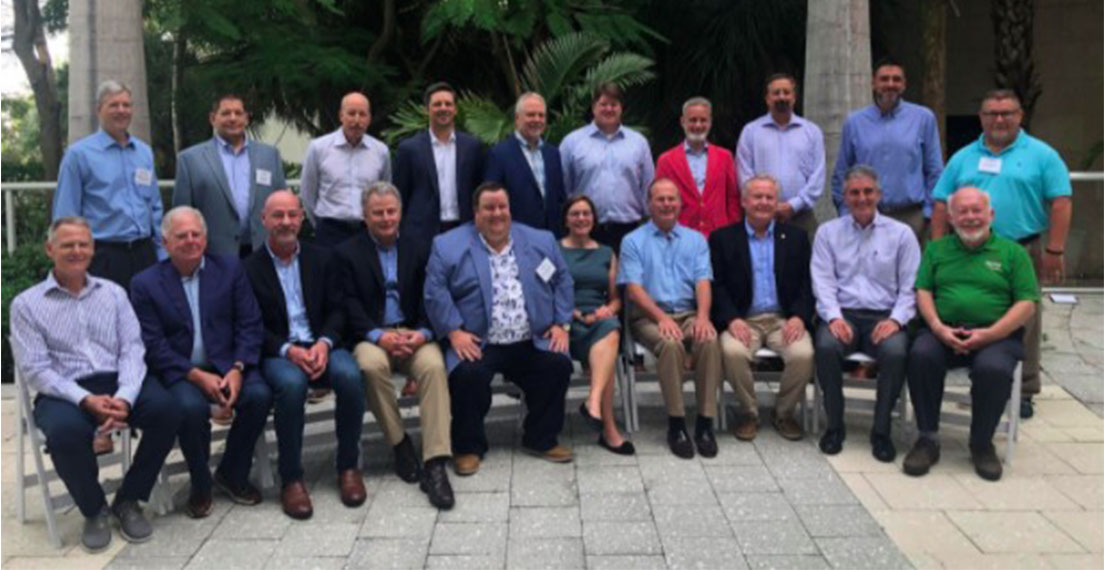 More than 100 milling industry leaders and their guests gathered for three days of education and networking during the recent 2021 North American Millers’ Association Annual Meeting in Boca Raton, Florida.

“NAMA was proud to once again host milling executives from across North America at the NAMA Annual Meeting. NAMA Milling and Associate Members learned from expert speakers and set the course for NAMA’s work looking ahead into 2022 and beyond,” said NAMA President Jane DeMarchi. “As the pandemic recovery process moves forward and Capitol Hill and the Administration continue to act on industry priorities, NAMA’s role has never been more important.” 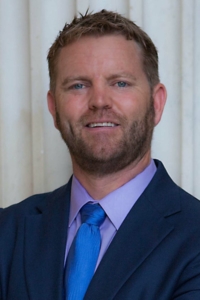 “We know we have a great story,” Goule said. “We know we are sustainable. We know that when we are looking at what is coming ahead — whether through sustainability programs coming from the private sector or whether it is something coming in from the government.”

In an article about his presentation in World-Grain.com, Goule did note that more research is required quantifying the environmental impact of wheat production and the industry is responding.

“What we don’t have is a life cycle assessment of the wheat production,” he said. “NAWG and NAWG Foundation are working with U.S. Wheat Associates (USW) to work with a land grant university to determine how much water we use, what is our carbon footprint.”

To avoid the pitting of one wheat class against another, data will be aggregated between classes, Goule said. The work is expected to begin in November and will generate important information for the upcoming farm bill. Food companies also are asking for the data, which will provide a baseline against which improvement may be measured, Goule said. 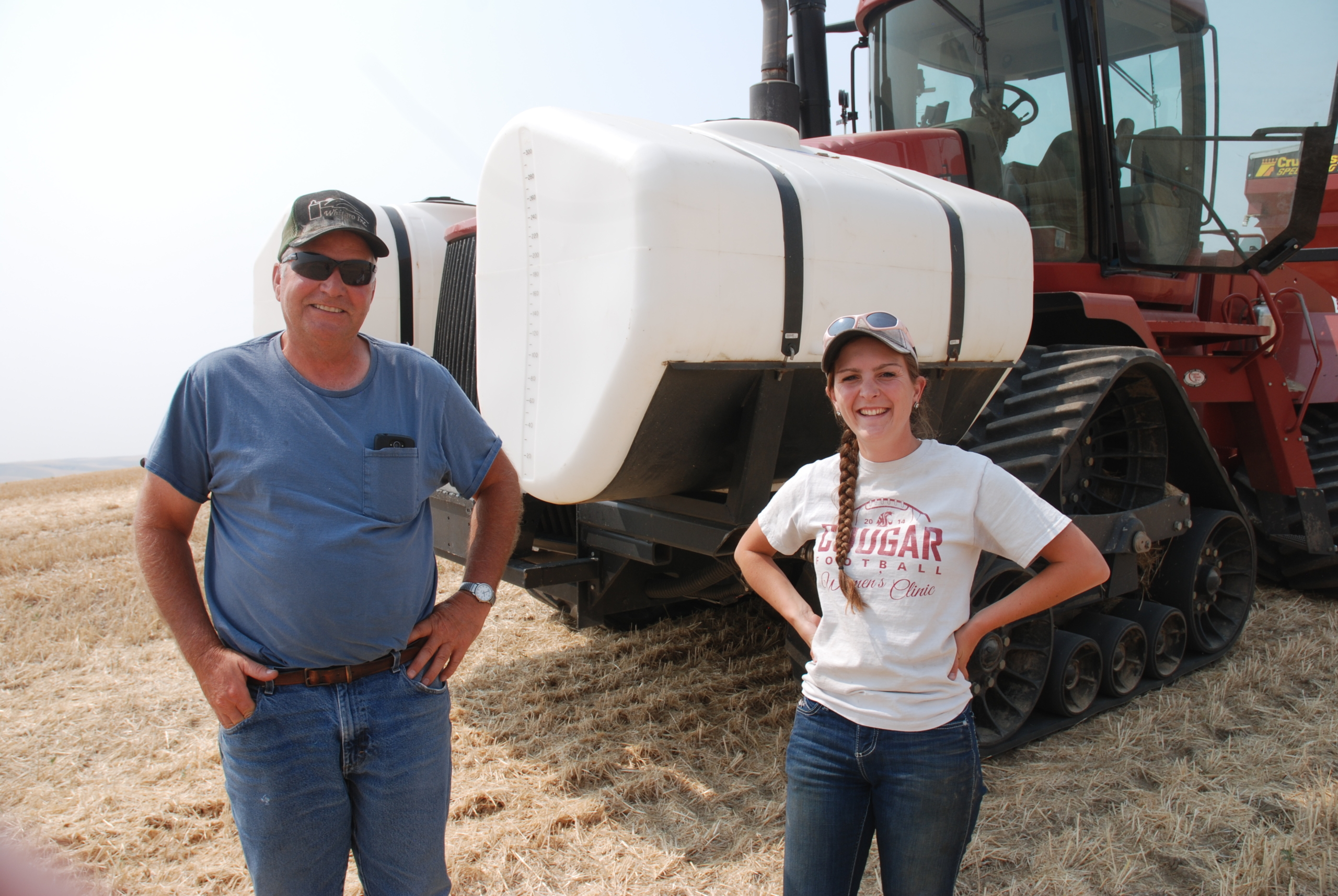 U.S. wheat farmers know that precision agriculture practices that foster economic and environmental stewardship are increasingly important to the world’s buyers and wheat food processors. In this article, originally published Nov. 30, 2020, by Agri-Pulse and reprinted with permission, the author Steve Davies discusses how new technologies are changing U.S. farms.

New forms of farming equipment could make it easier for growers to more precisely apply nitrogen fertilizer and other inputs — in other words, make precision agriculture more precise.

Much of the increase in productivity is likely to come from technology — the satellites, soil sensors, computer modeling and data-crunching that will provide usable information for growers.

“There is a ton of technology embedded into accelerating the process of improving soil health,” says Dorn Cox of the Wolfe’s Neck Center, which is working with corporate, government and nonprofit partners to develop an Open Technology Ecosystem for Agricultural Management (OpenTEAM) that promises to provide farmers access to site-specific data by 2024.

“We’re moving into essentially managing much more complex systems, especially in light of climate change,” says Cox. Much of what OpenTEAM is doing, he says, is trying to tie together all the different tools that are available, including artificial intelligence, remote sensing, lower-cost edge computing devices, and analytics.

“A lot of those pieces are there, but they have not been connected into a coherent ecosystem that is useful for a researcher or producer,” he says.

Citing USDA data, he says yield monitors are being used by 69% of growers, and auto-steer, which enables farmers to precisely navigate their fields, is being used about by two-thirds, though rates are higher when looking only at row crops.

Use of variable rate technology, allowing precision application of inputs, stands at about 41%, he said. “Where you really unlock the power of a yield monitor is when you tie it to a map” showing the conditions in a field, allowing growers to pinpoint which area might need more fertilizer or which might need more water, he says.

“All of those things would not be available if you didn’t have GPS technology,” he said. He emphasized the importance of rural broadband, which he calls “critical to the future of our country. It’s got to be wireless to the field to really take full advantage of some of this great technology.”

Just using auto-steer and ensuring the machine’s computer systems are all working together properly — or telematics — saves 6% on fuel, Blades says. In addition, the new generation of farm equipment is about 20% more fuel-efficient than the previous one, causing some farmers to tell Blades they upgraded their combines based on fuel efficiency alone. 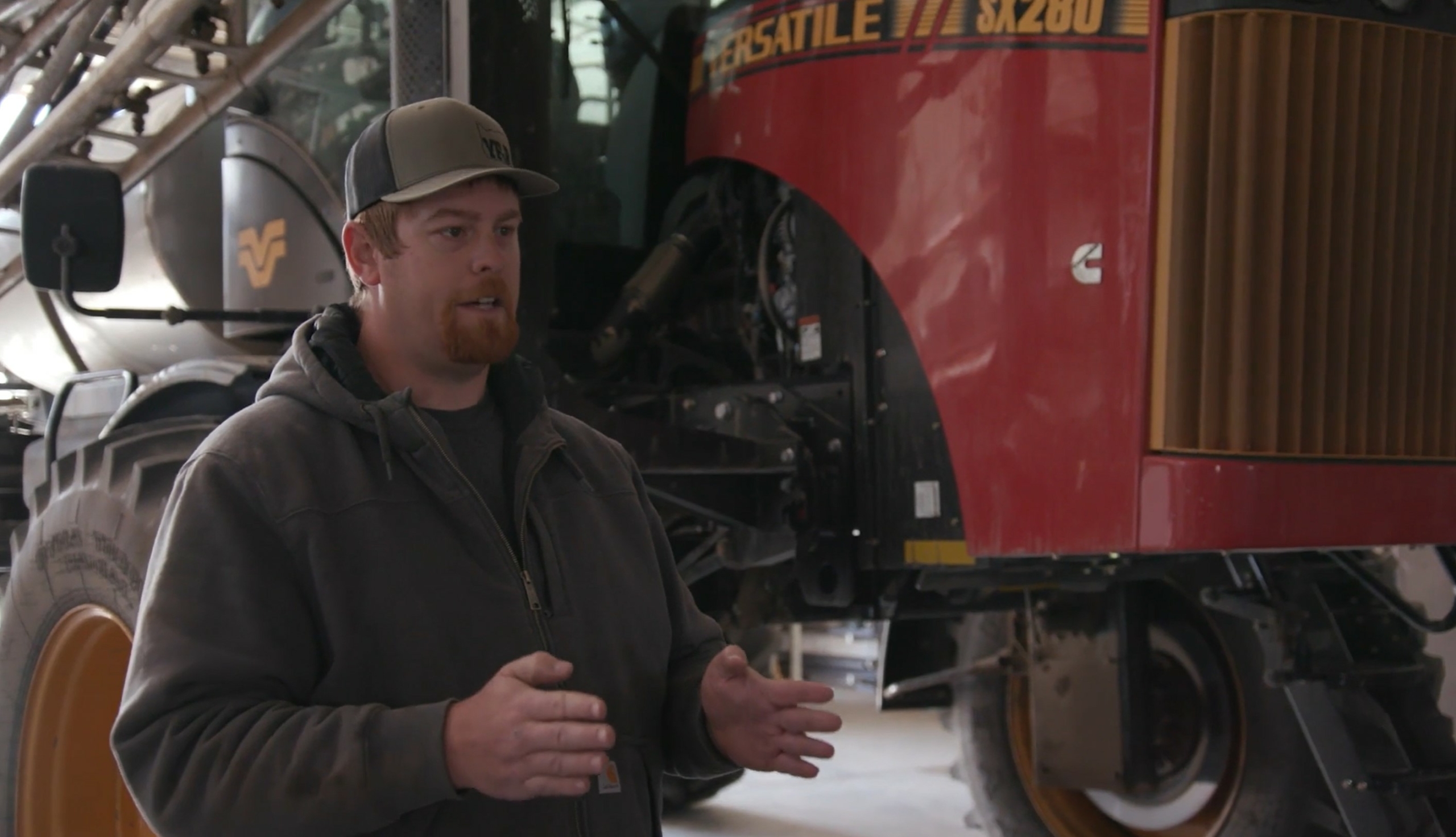 “This machine is almost as late and great as you can get on technology,” says Oregon farmer Logan Padget about their input application equipment. “It is GPS-controlled. Once I make the first pass on a field, the GPS can perfectly mimic that line all the way across the field. It will do it with just a very little, one-third of a meter of overlap, which is better than anybody could drive by hand.”

Nathan Fields, vice president of production and sustainability at National Corn Growers Association, thinks over the next decade, growers will be looking more at optimizing input use as opposed to simply increasing yields.

SIMPAS equipment can apply multiple products in fields similar to the way a printer dispenses ink from ink cartridges, the companies say. The system uses software to control the application rate of each product on every row at every location in the field.

Fields thinks adoption of precision ag equipment will increase as the ag economy improves. “I think growers are looking for more of a stable ag economy in the coming years,” which will spur adoption, he said. “That’s what we saw in that commodity super-cycle from 2007 to 2012. You know, technology adoption just ran rampant those years.”