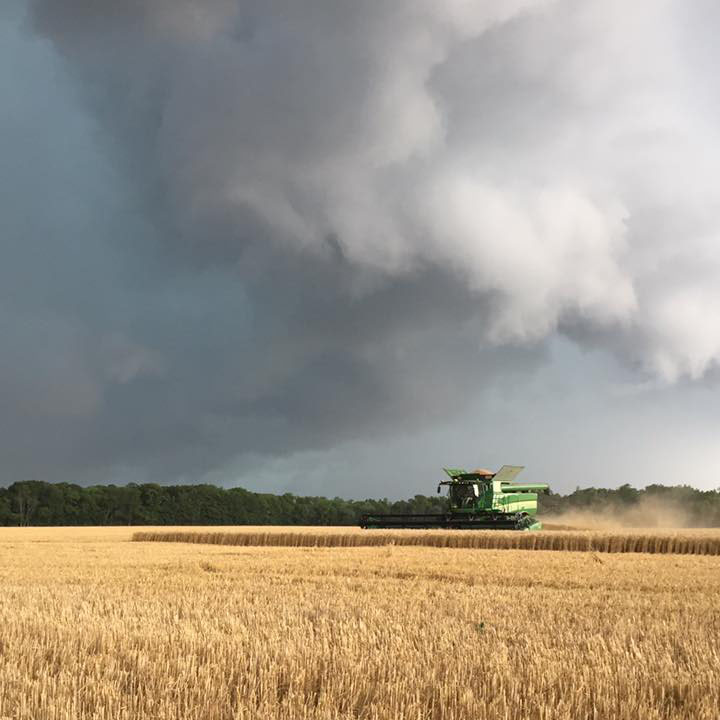 Last week, an unusual combination of weather conditions created historic flooding in Eastern Nebraska, Western Iowa and parts of Northeast Missouri that literally wiped out many farms and ranches. In Western Nebraska, where most of the winter wheat in the state is grown, farmers suffered through a very bad blizzard at a time when wheat is normally coming out of dormancy.

Nebraska Gov. Pete Ricketts detailed more than $1.3 billion in damage to the state’s infrastructure, agriculture, businesses and homes on March 20. That estimate includes $400 million in projected livestock losses and $440 million in crop losses, including large volumes of stored grain. Tragically, a farmer in Eastern Nebraska, James Wilke, lost his life trying to help others during the flood.

This is happening at a very challenging time for many farmers facing low commodity prices and rising levels of debt.

“There’s not many farms left like this, and it’s probably over for us too, now,” Anthony Ruzicka, a farmer and rancher near Verdigre, Neb., said to the New York Times. “Financially, how do you recover from something like this?”

Royce Schaneman, Executive Director of the Nebraska Wheat Board, told U.S. Wheat Associates (USW) that wheat farmers did not suffer the worst of the storm, although some had livestock losses in the blizzard. Looking ahead, the long-lasting winter of 2019 increases the chance of flooding along the Red River that borders Minnesota and North Dakota and flows into Canada’s Manitoba province — and that is spring wheat country.

The federal government is developing a response to last week’s disaster. USDA Secretary Sonny Perdue sent this Tweet recently: “We are on the job helping folks in the Midwest get back on their feet and recover from these devastating floods. Farmers can expect assistance from a variety of programs we offer in the wake of disasters. More here: https://www.farmers.gov/recover.”

Other ways to help those affected by the storm include the Nebraska Farm Bureau’s Disaster Assistance Exchange that accepts donations and helps match donors with those in need.

Farmers and ranchers gladly accept the inherent risk of their work and suffer with those who experience these storms. Everyone else, including our colleagues from USW and the National Association of Wheat Growers, and our customers around the world cannot forget how much we all depend on the people who produce our food.