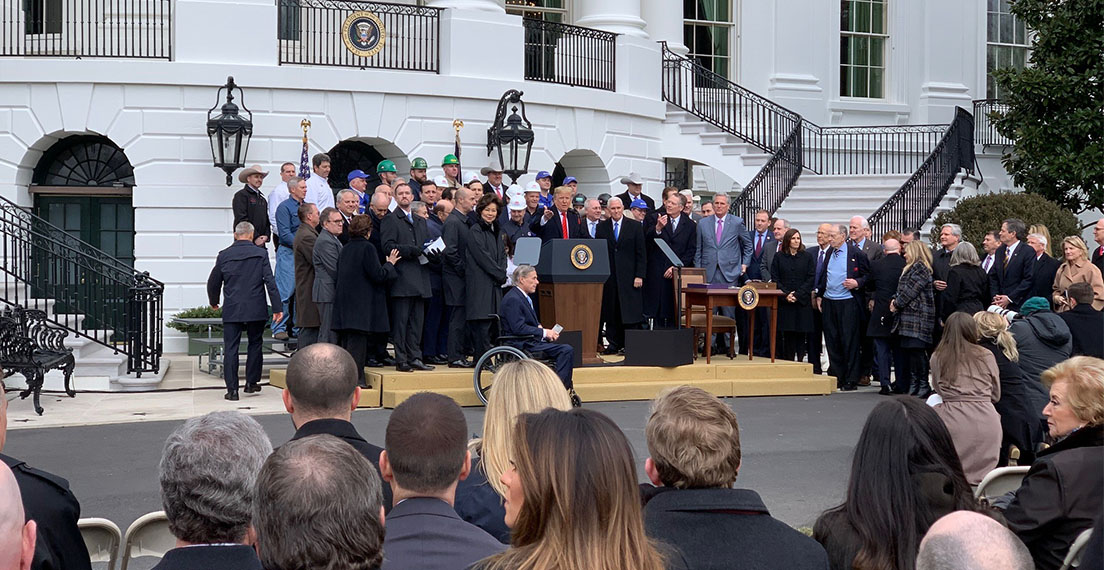 Today, I had the unique privilege to accept an invitation to the White House to represent U.S. wheat farmers, our state wheat commission members and U.S. Wheat Associates (USW) as President Donald Trump signs implementing legislation for the U.S.-Mexico-Canada Agreement (USMCA) into U.S. law (that’s my viewpoint at the ceremony in the picture above).

While this invitation came addressed to me, it is only because I occupy a specific desk at USW with the consent of our U.S. farmer board of directors. I sincerely hope that everyone associated with our organization feels the same pride I do to witness this important national event because everyone put in a tremendous amount of work to help bring it about. 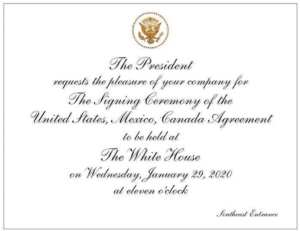 The trade agreement USMCA will replace (after Canada’s parliament approves it and implementing changes are made, as we are sure will happen) opened mutually beneficial trade between U.S. wheat farmers and Mexico’s flour millers and wheat food industry. Under the North American Free Trade Agreement (NAFTA), USW focused on helping Mexico’s buyers, millers and food processors solve problems or increase their business opportunities with U.S. wheat classes—as it does with all U.S. wheat importing customers. This effort, supported by wheat farmers and the partnership with USDA’s Foreign Agricultural Service, has fostered a productive relationship that has endured through many challenges.

So, when the Trump Administration announced in 2017 it intended to renegotiate NAFTA, USW quickly engaged in the process on many levels to advocate for continued duty-free wheat trade and other improvements in the agreement.

For example, I invited José Luis Fuente, President of the Mexican Millers Association (CANIMOLT), to address the USW board of directors meeting in October 2017. Sr. Fuente had been appointed as an advisor to the Mexican Minister of Agriculture in the negotiations. He made a passionate plea for USW to work together toward resolving the trade agreement as soon as possible. In addition, our former Vice President of Policy Ben Conner was granted status as an advisor to the U.S. Trade Representative and was one of only a few agricultural industry representatives who participated in side-briefings at almost all the official negotiating sessions. Vice President of Communications Steve Mercer, his team and our friends at the National Association of Wheat Growers (NAWG) published an on-going series of press statements, social media posts, comments and fact sheets supporting our positions. As the U.S. Congress considered the agreement, NAWG’s staff and its dedicated farmer officers and directors continued to advocate for its passage.

Regional Vice President Mitch Skalicky and our staff in Mexico City steadfastly maintained contact with Sr. Fuente and our other customers. Then, last year at a USW marketing conference in Mexico, USW and Mexican millers renewed our agreement to work together toward approval of the USMCA. We also made it very clear that our commitment to serving their industries was among our most important goals.

“We have 14 farmers here representing 13 different state wheat commissions, and U.S. Wheat Associates staff from 3 offices here to show you that we take your business seriously,” Past Chairman Chris Kolstad told the millers. Those farmers, state commission members and USW, he added, “are all united in our desire to earn your full trust in the United States as your primary source of imported wheat.”

After I received the White House invitation to the USMCA signing ceremony, I forwarded a copy to Sr. Fuente with a note of thanks and congratulations to him and CANIMOLT members for their work and the collaborative effort toward a favorable agreement for each of us.

“We congratulate U.S. Wheat Associates on behalf of the Mexican millers for all of the collaborative work, negotiations, and achievements attained (in negotiating the new USMCA),” Sr. Fuente responded to Mitch Skalicky and me. “I am very happy and proud to have been part of the effort and above all to confirm the excellent relations and friendship that exists between the Mexican milling industry and the U.S wheat industry.”

That is a humbling and generous confirmation that our relationship stayed strong throughout the negotiations. USW will continue to work hard to make our partnership even stronger in the future. 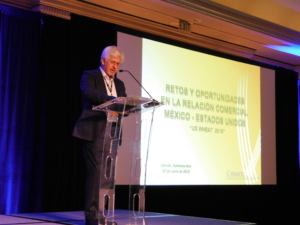 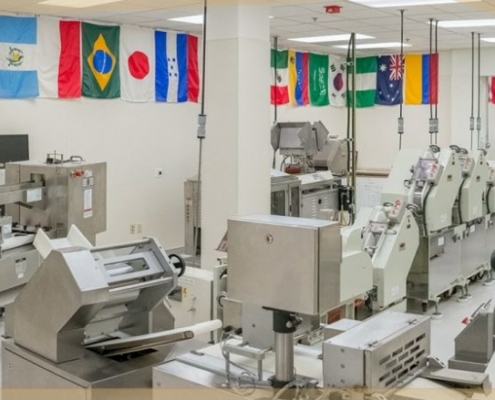