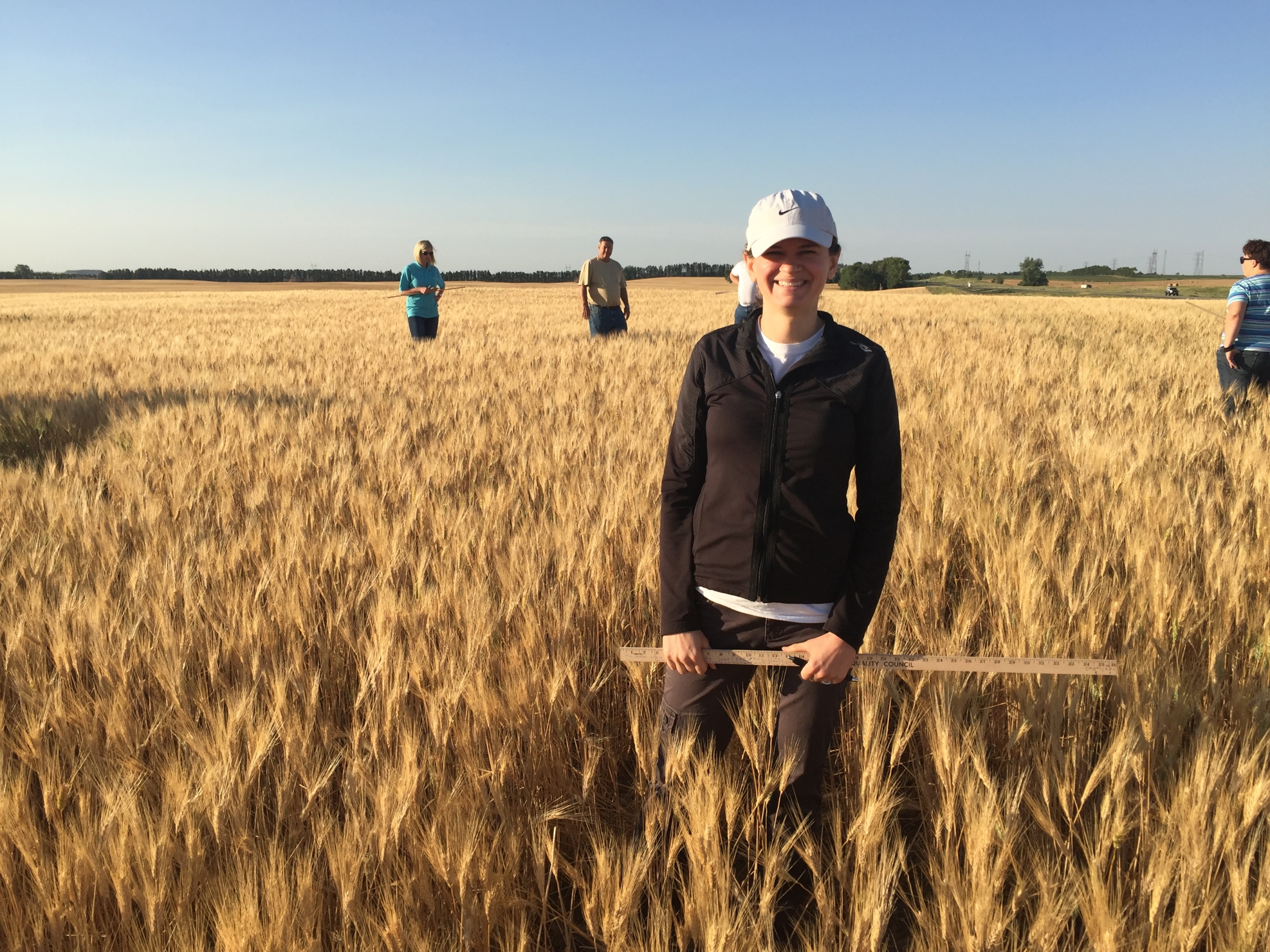 Participants on the tour always represent a wide range of the wheat industry, including millers, traders, media, farmers, researchers and government officials. There were 76 participants on this tour, who traveled along eight distinct routes covering most of the state’s wheat production. I joined my USW colleague Assistant Director of Policy Elizabeth Westendorf on the tour.

It was insightful to see the conditions on the ground after reading reports about the drought. It was also interesting to see the difference in field conditions along each of the routes over all three days.

On the first day, participants drove between Fargo and Bismarck, with two routes going farther into the western part of the state, and others covering western Minnesota and northern South Dakota. Conditions on the eastern side looked good, though there was evidence of drought stress. Reports from the west included evidence of much more severe conditions. The Day 1 weighted average yield was 38.8 bu/a, down from 42.9 bu/a in 2016. For HRS specifically, the yield was 37.9 bu/a, down from 43.1 bu/a in 2016. The scouts surveyed 207 fields on Day 1, of which 194 were HRS, 10 durum and three HRW.

The third day of the tour included a half day of crop surveying. The participants then all returned to North Dakota State University’s Northern Crops Institute in Fargo to compile the overall crop report. On Day 3, participants surveyed at total of 61 HRS fields and three durum fields. The Day 3 weighted average yield for HRS was 46.2 bu/a, down from 51.9 bu/a in 2016. The weighted average durum yield from just three fields was 46.2 bu/a, down from 52.1 bu/a in 2016.

The results reflect a snapshot of yield potential observed by the participants in the fields they scouted.

“There is still a question of abandonment because of the dryness,” said Dave Green, executive vice president of the Wheat Quality Council. “We do not yet know how much of the crop has been hayed — how much of it has been plowed under.”

View highlights and photos from the tour by searching #wheattour17 on Facebook and Twitter. For more information and for results from previous tours, visit the Wheat Quality Council’s website at www.wheatqualitycouncil.org.